The destiny and fortunes as well as all the cards to change the future for our generations and us lie nowhere but within our own bare hands. The world and its innovations, including the human talent has given so much empowerment to individuals, that we can change and shape our future the way we want it to. Technology and technological advancements or breakthroughs completed by individuals only are the ways which have carved out a line of direction for all of us to follow and continue to build upon a more advanced future for ourselves. 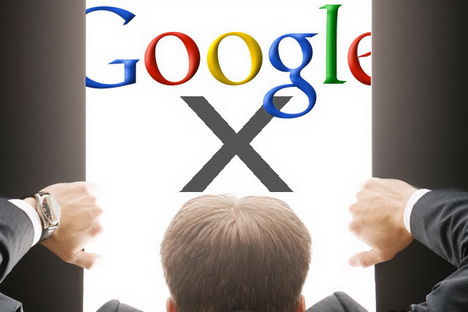 There are firms and companies that have dedicated so much of their blood in terms of human power and funding to source groundbreaking research and technological projects, which has up till now completely changed the way we operate on our daily lives. The introduction of automation and robots for one is the way things will be in the future, human beings will not be doing a lot of clerical and operation work in the near future. Within those areas, Google is a name which cannot be forgotten. Its dedication to making lives seamless and easy is proven in every step it has taken and how it has turned things into gold. Google already has changed the way we operate our phones, computers and more importantly, the internet. The access to such a world or space of information within a matter of seconds, the connectivity through email and extensions, the ability to talk to people on a free video call through Google Hangout are some of the ways through which our lives have been made easier and more automated.

This has not stopped Google at all, despite all the achievements and things that will go on for more than a few decades, Google’s thinking beyond an average individual is evident in other projects. In the light of more serious future, which will demand some more meaningful changes in its course in order to help a larger number of people as well as open the doors for even more lifelong changes. For this reason, Google as a company has invested in what it calls future changing potential projects. All these projects are either the startups of Google itself or bought by the company from individuals in order to give it the right platform. Another key thing to notice with all these projects is that they are in the experimentation and trial purposes, their results are being collected and Google is not hurrying on launching them anytime soon. Some of the major projects that we can talk about will be discussed at length in this guest post and the reasons why they have the potential to change the world.

Ever thought about sitting in a car and reaching your destination automatically? Well, start thinking now because as early as 2020, Google plans to provide public access to its self-driven automated cars, where you just sit with a seatbelt on, fix your destination and reach there without worrying about anything. The self-driving car project is one of the fastest projects under development at Google. It has already successfully tested various prototypes and is now considering to make a public appearance with trials and experiments.

It is one of the technical projects and will surely take time in growing, it is basically an app like feature built in a smart phone. The feature will detect automatically all the scans of the environment in 3D, basically connecting smartphones with the real world and then project its display on the phone. This can help impaired people understand their surroundings better or understand an unfamiliar area from all the corners.

Tired of switching your phones for just a couple of new features? Project ARA is just for you, very soon you will be having phones which will be tailor made to your requirements and you can upgrade them feature wise as well.

This project was launched with a collaboration of more than 17 big museums around the world. Google Art Project features more than 32,000 different and unique art pieces in its catalogue.

It is not all about commercial power or business with Google. The Project Wing department of Google is all about changing the dynamics of the way people in medical emergency are attended to. Through Project Wing, Google plans to use drones and automated fly planes in order to distribute defibrillators and other relief products to people having heart attacks or any other medical emergencies. The extension of which is also going to tackle disaster and stress relief efforts through the same technology.

While the governments talk about delivering internet and WIFI access across cities, Google is working on a completely different tangent. It has already started working on sending balloons having the capacity to deliver internet waves up in the space, which means the entire world will have internet access directly from space satellites.

Google FI works by connecting Motorola Nexus with WIFI technology to provide cellular and communication services free of charge to its users. The project has already launched with much anticipation.

Google’s Intelligence
Google and the CIA have collaborated over important cyber intelligence/ monitoring projects. It helps the agencies to monitor the practices and activities on the internet as well as predict future behaviors over a history of analysis.

Google’s Reverse Aging
Google is working on developing a health regime mechanism through a device included with a bicycle that will help people stay fit and slow the aging process.

Space Elevators
Space elevator is actually Google’s office. It is located a few miles in the air from up in the mountains. It has all the futuristic Google projects being operated and running. 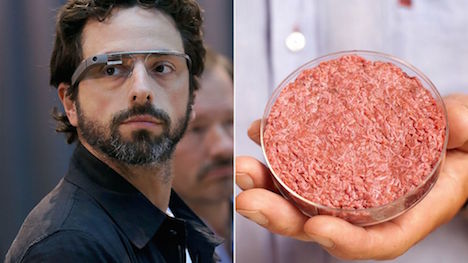 Test Tube Burger was an experimental project in artificial farming, which was conducted successfully by Google. It tested the potential of artificially growing a ready-made burger patty.

Google Energy
It is currently running on an investment worth more than $1 Billion, it works on making energy purely from the Wind and the Sun.

Home Automation
It is said that Google is working on developing a mobile phone like device which will integrate all your home appliances and furniture on one platform. Imagine turning off your oven, television or lights while sitting in your office.

Cancer Treatment
Google is also not far behind in finding the cure of Cancer along with other medical experts joining the race in the same field.

The guest post is contributed by Adrine Santos, who works at a technological firm working on various futuristic projects around the world in collaboration with others. She likes to talk about those and post other blogs on the Purchase Essay Online website.

How to Choose or Change a Search Engine in Web Browser