Posted on January 7th, 2017 by Quertime Writer in People

Julian Assange is one of the famous journalists of this time due to his founding of WikiLeaks. He is an Australian publisher, journalist, and computer programming expert. He found the WikiLeaks, a non-profit organization in 2006. He has been the editor-in-chief since the establishment of the WikiLeaks.

Although there is much information already floating on the internet about Julian Assange but there is much more about this legend still to discover. His interesting personality makes us more curious to know more about him.

His interesting personalities have many facts which can be list down but we have gathered information about his personal and work life which altogether makes him very professional and complete man. The interesting facts about Julian Assange are as follows: 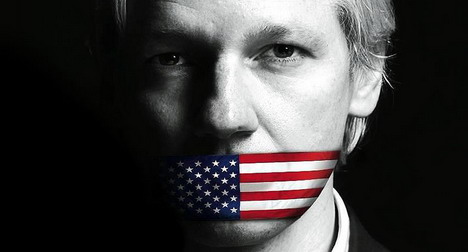 #1: Julian Assange was born on 2nd July 1971 in the city of Townsville north Queensland.

#2: His father John Shipton was an antiwar activist and his mother Christine Ann Hawkins was a visual artist. This couple was separated before his birth and Julian Assange never met his father until he was 25 years old. That’s interesting!

#3: He spends most of the time of his childhood in moving and shifting. He moves over 50 times in his childhood and attended 37 different schools. His early childhood was spending on abandoned pineapple farm, which was very adventurous for him.

#4: His mother was not in a favor of formal schooling system and she believed it will affect the curiosity and creativity of her child.

#5: He was a co-writer of well-known book underground: tales of Hacking, Madness and Obsession on the Electronic Frontier, in his teenage.

#6: he got married in his teenage with Teresa and when he was only 18 years old become a father of a son named Daniel Assange, who is now a software designer. Julian after separating with his wife raise his son as a single father over the difficult period of 14 years, now after a lengthy court fight he gains the custody of the child. Most of the time he lives in Sweden.

#7: In his teens he was very expert in hacking and was famously known as the Robin Hood of Hacking when he was only 16 years old.

#8: Julian was very intelligent in mathematics but average in studies. He studied physics and programming at Central Queensland University I 1994. He also studied in the University of Melbourne from 2003 till 2006 but could not complete his studies and dropped out from there. He focused on the WikiLeaks after he left his studies.

#9: He became a part of a powerful movement called cyberpunk movement that stated that the every individual and mathematics is more powerful than the superpowers. Anti-Stalinism and radical U.S tradition such as Black Panther and Aleksandra Solzhenitsyn inspired him politically rather than believing in anarchism.

#10: His personality is famous for argumentative, self-centered and paranoid as well. Although he is very well-mannered and kind with everyone especially with kids. He is also famous for lack of hygiene and personal care.

#11: he is one of the journalists famous for being threaten but different organizations and people, including:

#12: He was also kept in the confinement by the Metropolitan Police in London’s Ecuadorian embassy for almost one year. Other than that the Fidel Narvaez, the consul slept with him in the embassy to make sure that police don’t apply any violence on him for the two initial months of his confinement. This also helps to make a diplomatic presence for keeping away violence on him. 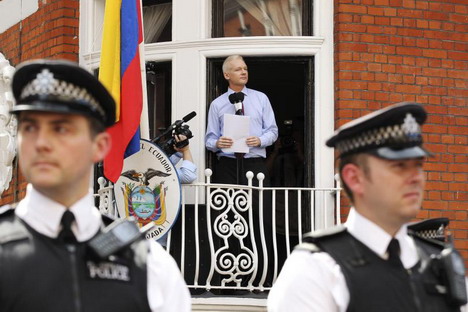 #13: He sends a cake to all the demonstrators on his 41st birthday to express objection for his confinement in the embassy.

#14: raising money was never that easy, that is why he has also welcomed and entrained famous celebrities in the Ecuadorian Embassy such as Lady Gaga, M.I.A, John Cusack and others.

#15: famous for his approach and influencing abilities many people believe that he is very good at convincing people that is why once when he was in Sweden, he was thrown out of the house owned by a lady. She believed keeping him will also lead CIA to reach him.

#16: many people believe that the WikiLeaks is performing a terrorist activity by provoking people against the government activities and agendas; therefore, many conspiracies have been planned and executed to take it down as well as Julian Assange. 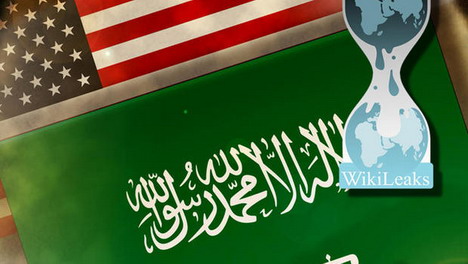 #17: he has admitted that due to his work and exposing the conspiracies of government his family has been victimized and harassed by a life threat, which is leading to his less interaction with family and also thinking about changing the identity of his family. He doesn’t like to share personal his personal and family information with anyone.

#18: Due to the life threat he usually travels by false name and does the cash transaction. He also believes that the internet has become a very harmful threat to the human civilization. He himself receive many treats which are includes encrypted calls, emails, and messages. Therefore he believes that the internet has been used as a speeding the propaganda and conspiracies than a constructive tool for youth.

#19: He wrote a book called Julian Assange: the unauthorized Autobiography, in which he defines journalism, is different from the investigative journalism, which extracts the reality from the journalism and it is very powerful as well.

Muhammad Shoaib is a Tech writer and Enthusiast. He is currently working for Top10BestPro, a tech blog that lists and reviews best products.

Interesting Facts about 3D Printing: Past, Present and Future

20 WikiLeaks Most Explosive Revelations and Scandals

One Response to “20 Interesting Facts about WikiLeaks Founder Julian Assange”