Updated on November 30th, 2012 by Jules, Quertime Editorial in Inspiration

Steve Jobs has been a source of inspiration to many people. He has not only changed the way we live our lives with innovative products but also with inspirational quotes. With the passing of Steve Jobs on 5th of October, 2011 at the age of 56, we would like to pay our tribute to him by presenting some of his memorable quotes about life and Apple. Let’s spend a bit of time to go through them and get inspired. 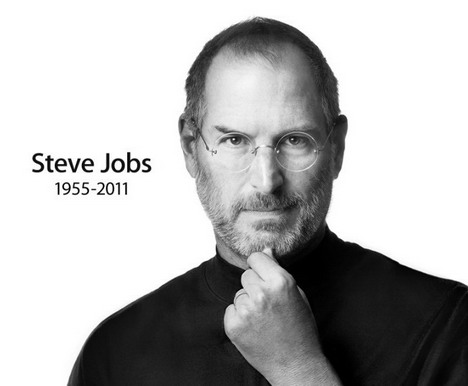 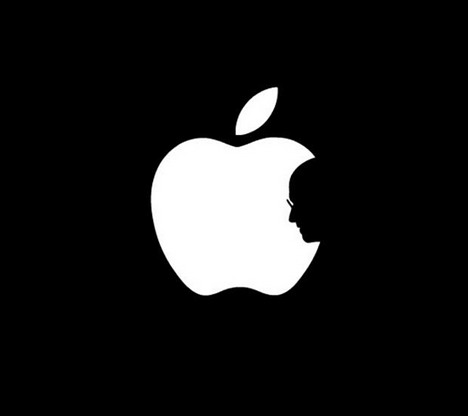 “Do you want to spend the rest of your life selling sugared water or do you want a chance to change the world?” – Steve Jobs’ famous question to John Sculley (Sculley was president of PepsiCo, until he became CEO of Apple on April 8, 1983).

“If you haven’t found it yet, keep looking. Don’t settle. As with all matters of the heart, you’ll know when you find it. And, like any great relationship, it just gets better and better as the years roll on.”

“Being the richest man in the cemetery doesn’t matter to me. Going to bed at night saying we’ve done something wonderful, that’s what matters to me.”

“Remembering that you are going to die is the best way I know to avoid the trap of thinking you have something to lose.”

“When I was 17, I read a quote that went something like: “If you live each day as if it was your last, someday you’ll most certainly be right.” It made an impression on me, and since then, for the past 33 years, I have looked in the mirror every morning and asked myself: “If today were the last day of my life, would I want to do what I am about to do today?” And whenever the answer has been “No” for too many days in a row, I know I need to change something.”

“We don’t get a chance to do that many things, and every one should be really excellent. Because this is our life.”

“Your time is limited, so don’t waste it living someone else’s life. Don’t be trapped by dogma – which is living with the results of other people’s thinking. Don’t let the noise of other’s opinions drown out your own inner voice. And most important, have the courage to follow your heart and intuition. They somehow already know what you truly want to become. Everything else is secondary.”

“You can’t connect the dots looking forward; you can only connect them looking backwards. So you have to trust that the dots will somehow connect in your future. You have to trust in something – your gut, destiny, life, karma, whatever. This approach has never let me down, and it has made all the difference in my life.”

“No one wants to die. Even people who want to go to heaven don’t want to die to get there. And yet death is the destination we all share. No one has ever escaped it. And that is as it should be, because Death is very likely the single best invention of Life. It is Life’s change agent. It clears out the old to make way for the new. Right now the new is you, but someday not too long from now, you will gradually become the old and be cleared away. Sorry to be so dramatic, but it is quite true.”

“I didn’t see it then, but it turned out that getting fired from Apple was the best thing that could have ever happened to me. The heaviness of being successful was replaced by the lightness of being a beginner again, less sure about everything. It freed me to enter one of the most creative periods of my life.”

“I want to put a ding in the universe.”

“Picasso had a saying: ‘Good artists copy, great artists steal.’ We have always been shameless about stealing great ideas.”

“Innovation distinguishes between a leader and a follower.”

“Innovation has nothing to do with how many R&D dollars you have. When Apple came up with the Mac, IBM was spending at least 100 times more on R&D. It’s not about money. It’s about the people you have, how you’re led, and how much you get it.”

“Sometimes when you innovate, you make mistakes. It is best to admit them quickly, and get on with improving your other innovations.”

“Quality is more important than quantity. One home run is much better than two doubles.”

“Be a yardstick of quality. Some people aren’t used to an environment where excellence is expected.”

“That’s not what we think design is. It’s not just what it looks like and feels like. Design is how it works”

“I’m convinced that about half of what separates the successful entrepreneurs from the non-successful ones is pure perseverance.”

“That’s been one of my mantras – focus and simplicity. Simple can be harder than complex: You have to work hard to get your thinking clean to make it simple. But it’s worth it in the end because once you get there, you can move mountains.”

“And it comes from saying no to 1,000 things to make sure we don’t get on the wrong track or try to do too much. We’re always thinking about new markets we could enter, but it’s only by saying no that you can concentrate on the things that are really important.”

“You can’t just ask customers what they want and then try to give that to them. By the time you get it built, they’ll want something new.”

“We’ve never worried about numbers. In the market place, Apple is trying to focus the spotlight on products, because products really make a difference. […] Ad campaigns are necessary for competition; IBM’s ads are everywhere. But good PR educates people; that’s all it is. You can’t con people in this business. The products speak for themselves.”

“People think focus means saying yes to the thing you’ve got to focus on. But that’s not what it means at all. It means saying no to the hundred other good ideas that there are. You have to pick carefully.”

“My model for business is The Beatles. They were four guys who kept each other’s kind of negative tendencies in check. They balanced each other and the total was greater than the sum of the parts. That’s how I see business: great things in business are never done by one person, they’re done by a team of people.”

“Here’s to the crazy ones, the misfits, the rebels, the troublemakers, the round pegs in the square holes… the ones who see things differently — they’re not fond of rules… You can quote them, disagree with them, glorify or vilify them, but the only thing you can’t do is ignore them because they change things… they push the human race forward, and while some may see them as the crazy ones, we see genius, because the ones who are crazy enough to think that they can change the world, are the ones who do.” – Think Different (narrated by Steve Jobs)

12 Amazing Tips to Build a Positive Attitude in Your Personality

5 Websites to Check Commodity and Futures Quotes in Real Time