Updated on December 15th, 2016 by Quertime Writer in Self-Improvement

Log on to the internet and type the word “Entrepreneurs,” not so surprisingly you will come across some of the legendary names in the books of history and present example, Steve Jobs, Bill Gates, Warren Buffet. So why does the internet rank them so high, that it uses their names as an alternative result of the search term you just typed in? Well, the reason is they are some of the classic examples of entrepreneurs. They not only have defined the way we think, but also ran the world on their own terms and inventions. So what do all these people have in common and why were they so successful in doing what they did and still are? 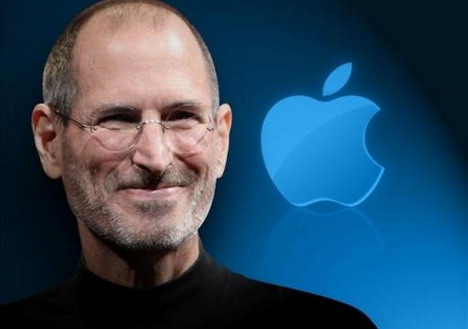 The answer to that question is that, they all loved to work, they all liked to take initiatives and risk and finally they were never afraid of coming out as someone bold in front of the public. This means that a perfect definition of a successful entrepreneur would be someone who manages and takes over the responsibility for their business or firm and likes to take both financial and non-financial risk to make it evolve, grow and become a huge success.

While owning a business is not necessary to exercise entrepreneurship, it can be used as much as the same way at your workplace. There are traits that entrepreneurs have and some of them can prove to be extremely helpful in being a successful individual or having a great career. We are going to mention four traits of highly successful entrepreneurs something from which you can learn from and start to slowly but eventually practice in your lives. 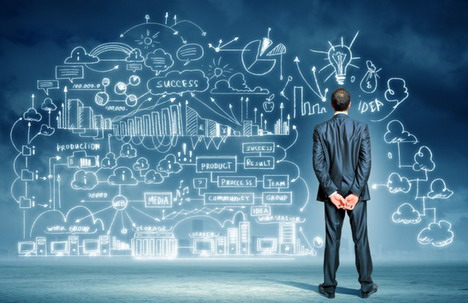 1. Self-Belief
One thing that no one can take away from highly successful entrepreneurs is their self-belief. They are highly confident about everything they do. Uncertainties and risks of this world do not make them scared or force them to surrender. This is one trait in the business people that is something extraordinary and is not found in anyone else, for example, people working on jobs or pursuing something else in their lives.

2. Personality
You can sense that the other person comes from an entrepreneurial background just by the way they look at things and talk about them. Entrepreneurs have this aura about their personality that makes them stand out from the rest of the world and this is what gives them even more confidence to take on the challenges they come across in their lives.

3. Average Age
You might very often hear that there is no age to becoming an entrepreneur. However, most of the time it is noted that an entrepreneur develops the trait of being a business person from as early as the age of 14 and whether he realizes at the age of 20 or 40 is up to him. An average age of any entrepreneur usually is around 25 to 30 years bracket.

4. Background
Entrepreneurship is the trait of a person who has the audacity to get his hands dirty and believes in becoming a self-made individual. Most entrepreneurs around the world, even the ones who are now billionaires, never came from a rich background. They always belonged to a family of mediocre to financially limited individuals.

5. Tenacity and Ability to Fight with Uncertainty
Entrepreneurs live on the edge. They are not the ones who would sit back, relax and watch the game. They will always have an opinion and they will always want to be in front of the show. They like to run it, despite the number of uncertain situations they come across. Just like a successful leader, they own up to the decisions they would take and like to fight with the challenges they come across. They are the people who take the most risks.

6. Change of Focus
It is also noted that Entrepreneurship doesn’t always necessarily run in the family. Sometimes an individual of the family might just surprise everyone by having the love and passion to run its own startup or a business with no background at all.

7. Challenge the Status Quo
Entrepreneurs get tired of the same mechanical way of working. They love to find creativity and challenge what has been going on traditionally. They like to implement newer, better ways of doing the same thing, which not only improves the quality of work and productivity, but also keeps the work away from being too monotonous. Individuals who do not have the capacity to challenge their everyday routine are not good entrepreneurs ever. It is the ability to think that nothing is impossible and everything is achievable.

8. Passion and Drive
These people are the ones who have an inspirational passion to work for what they do. They love and are willing to die for their projects and ideas. They have the drive to lead a team of hundreds towards achieving what they have dreamt of. Leadership comes automatically to entrepreneurs who have the passion and drive.

9. Business is Family
For most business people, their work is almost like a family to them. There are no committed hours or working days like a job. They have to be in the business all the time and you cannot separate the work and an entrepreneur from each other.

10. Tolerance
Entrepreneurs also have exemplary tolerance levels. Since they are so used to uncertain situations, nothing really bothers them, or stop them from moving or thinking forward.

11. Education
It is a common myth that people who wish to start their own businesses do not really have to study, but this is just a myth only. Education is a primary factor for every individual resorting to any field. With education comes a lot of different advantages that could be used in the respective plans and future objectives.

12. Ownership
Owning the decisions and being the one who is completely and solely responsible for everything that goes around gives a lot of push to the personality and ability to own things as well as stand up to them.

13. It is Not Easy to Survive with a Businessman
If you have a partner that comes with an absolutely zero understanding of how the life of a businessman can be, then it is not easy to survive or carry a strengthened relationship with him or her.

14. Creating Jobs
If there is one thing that is completely and directly contributing to the economic growth of the country, it is entrepreneurship. This means that entrepreneurs not only focus on their aims, but in the long run create a lot of jobs and contribute to the economy in a significant manner.

15. Small Firms and Startups
According to a research, small firms or startups contribute more than 60% to the overall entrepreneurship scenario globally.

16. Family Life
Most entrepreneurs are found to have at least one sister in their family and they themselves are the eldest one as they feel more responsible.

17. Marriage
It is said that most entrepreneurs wish to get married and settled a bit later on in their lives. Most business people get married by the age of 35 around the world.

18. First Child
Many entrepreneurs are said to have their first child right when they are completely settled and are at the peak of their business.

19. Serial Entrepreneurship
When you officially become an entrepreneur, it is no stopping then. Most businessmen go on to make more investments in other businesses.

20. Motivation
More than 70% of entrepreneurs around the world are said to judge their success by the amount of money, wealth they make from their business and the magnitude of their business operations.

Christine Whitlock is the author of this blog post. Christine works for a company in the UK and likes to post blogs for the site Essay Empire and her blogs are usually appreciated around the online community.

10 Biggest Mistakes Every Entrepreneur Must Watch Out for

The ABCs of Better Decision Making for Small Enterprises

10 Successful Entrepreneurs That Will Give You Inspiration