Updated on December 13th, 2016 by Quertime Writer in People

Entrepreneur is the word that has been doing the buzz all around, isn’t it? With so many opportunities that technology has to offer, everyone now, at least, tries their hands at it. 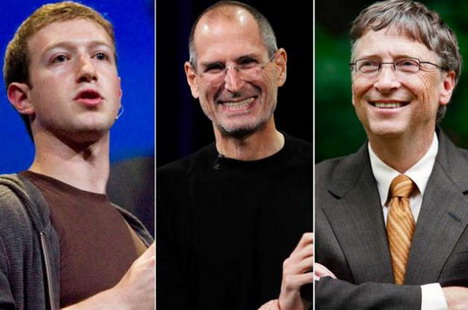 Since childhood, we are told to study and to study a lot, get a graduation degree. But, nobody told us that getting a college degree would cost us hundreds of thousands of dollars and also merely getting a degree doesn’t bring us success, you still have to work hard a little more with each passing day but you would be astonished to know that most of the successful entrepreneurs whose services and products are an integral part of your life never completed their graduation i.e they are college dropout. There are extraordinary people who took a different route and bear the fruits of their step for the rest of their lives.

So, through this article, I would be sharing with you a compilation of successful entrepreneur that never received a college degree and despite the odds, they have carried their entrepreneurial spirits to a great extent. Many of them you already know but the probability is that you know less about their side of the story.

He doesn’t need any introduction as we already know about him. Since our childhood, we grew up listening to this man’s story and always wanted to be the richest man on this planet. He dropped out of Harvard University at the age of 20 but now he tops the list of the richest persons on earth and despite that he is the world’s most giving humanitarian as his donation already exceeds $27 billion making him the most generous man on earth.

Every time you hear this name what comes to your mind is the social networking giant Facebook. He is the youngest billionaire in the world and topped America’s Richest Entrepreneurs under 40 (2015). He dropped out of Harvard University at the age of 20 to promote his social networking site. 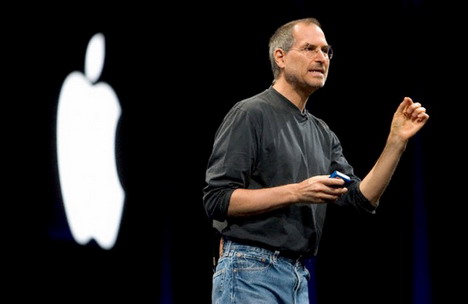 Remember the animated movie “Toy Story” that was an epic and the pioneer of animated movies. It was a big hit and Steve Jobs was the executive producer. But he is known less for that. What he is known for is taking the smartphone realm by storm. Apple is what defines him. Primary investor and CEO of Pixar founder and CEO of NEXT. He was the co-founder, chairman and CEO of Apple Inc. At the age of 19, he dropped out of Reed college. He and Steve Wozniak are known as ‘Pioneer of the personal computer revolution’. Apple products sell like hot cakes and since its inception, there is no looking back.

He was an industrialist and philanthropist who led the expansion of American Steel industry. He is regarded as one of the richest people. Many take inspiration from his story and the very fact that his name can be found in all the self-help and motivational books. Authors use his name to depict what one is capable of achieving despite all the odds. He was the US elementary school dropout.

Ford Mustang, Ford GT- these two supercars are desired by many. As you are already familiar with the name “FORD” now you where it came from. Henry Ford laid the foundation of Ford Motor Company. He was one of the richest well-known people, albeit he didn’t invent the automobile but transformed the automobile realm because of his unique innovation that continues to affect our lives today and to top it all, he never went to college.

American entrepreneur, businessman, co-founder and former CEO of Oracle. With the net worth of 49.7 billion USD, he is one of the richest people in the world and guess what? He dropped out of two colleges.

Co-founder and former CEO of Twitter is a university dropout. In 2006, He co-founded Twitter, an online social networking that enables users to read “tweets”. From a common man to well-known politicians use this medium to get their message through.

Every time people talk about Microsoft, only one picture comes to mind and that of Bill Gates but did you know that Paul Allen convinced him to drop out of Harvard University so that they could create Microsoft. He, too, dropped out of Washington State University in his sophomore year. He was the co-founder of Microsoft and is an American investor, business magnate and philanthropist. 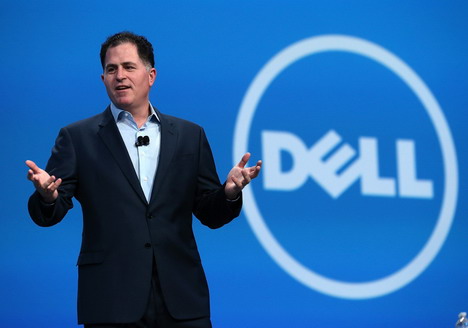 Dell is one of the leading personal computers (PCs). The company was well known for its innovation in e-commerce. In 2015, it was the third largest PC vendor and there might be a possibility that you may have a Dell product. Michael Dell is the founder and CEO of Dell Inc.; he is the University of Texas – Austin dropper.

Disney! Feeling nostalgic? Thinking of all those animated movies and cartoons! The man behind all those was him. A pioneer of the animation industry. He founded Walt Disney Company but he dropped out of high school at the age of 16.

Are you running out of space on your smartphone? Do you want to sync in all your documents, images, videos in an online storage platform? Dropbox is the answer. File synchronization, client software, cloud storage and personal cloud it offers everything. Arash Ferdowsi is the co-founder and chief technology officer of Dropbox. He attended MIT but dropped in the last year to focus on the business. 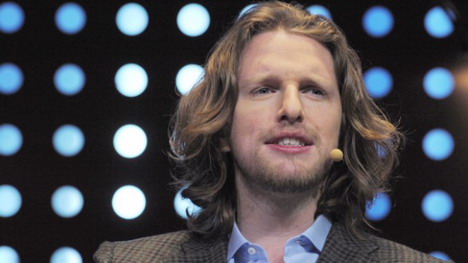 Most of the websites that run today have been created on WordPress and indubitably, it is one of the most popular content management systems. Matt Mullenweg is an online social media entrepreneur and web developer. He developed WordPress, a free and open source web software. He studied at University of Houston but dropped out in 2004 to pursue a job a CNET Networks.

He is one of the world’s most famous businessmen and founder of Virgin Group. Though he suffered from dyslexia but that didn’t stop him from starting his own venture. He dropped out of school when he was 16 and since then there is no looking back.

He is an entrepreneur and a high school dropper. He is the founder and CEO of the short-form blogging platform Tumblr. At the age of 11, he began learning HTML and was soon designing websites. 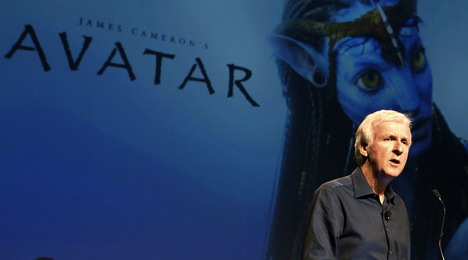 Titanic, Avatar, Terminator and much more. James Cameron is an Oscar-winning director, filmmaker, screenwriter, producer, deep-sea explorer etc. He has won many accolades and found critical acclaim for his movies. He enrolled at Fullerton College but dropped out to pursue his passion and rest is history.

So, all these successful people have made it big in life without having a degree and despite all odds and so you can. With consistency and being focused on the thing you want to achieve, coupled with the burning desire, you can achieve what you want and can make a name for yourself.

However, this is not the complete list as there are others also who without any formal education have made it big. You can learn a thing or two from their story and craft a one for yourself. The message that I want to convey is that you can push aside all the obstacles and go on your own chosen path.

Emily Smith is an ed-tech enthusiast and has been associated with CWS Technology as a writer for more than 7 Years. CWS is the leading web development company that also provides PSD to WordPress service and other IT solutions. Emily has a passion for writing on emerging technologies like application management outsourcing, consulting, system integration etc.

10 Successful Entrepreneurs That Will Give You Inspiration

Why Every College Should Perfect Their Mobile Presence