Will the New Assassin’s Creed Game be Set in the Viking Age?

Updated on April 25th, 2019 by Quertime Writer in Gaming

The release of a new Assassin’s Creed game is always going to be an important piece of news. Since the launch of the very first title in 2007, there have been 11 games in total, with the last one being Assassin’s Creed Odyssey in 2018. 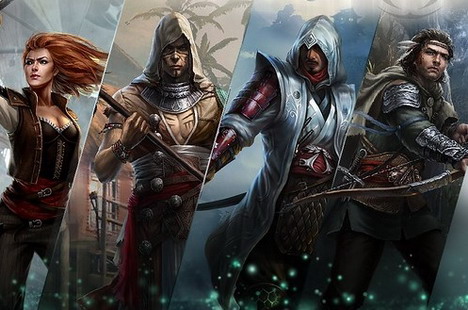 This latest title in the series sold close to one and a half million units in its first week, with the PlayStation 4 version leading the way, per http://www.vgchartz.com/. Could the rumours of the next instalment in the franchise being a Viking game be true? If so, is it likely to continue the incredible success story of the game so far?

What Do We Know So Far?

Ubisoft is the developer of the Assassin’s Creed games. Since they have a long history of revealing glimpses of upcoming games in other games, players tend to be alert to any hints that they can pick up in this way.

Therefore, it was no surprise when eagle-eyed gamers spotted what looks like an Easter egg lurking in The Division 2. This snippet shows a Viking with the Apple of Eden, which is one of the most important elements of the Assassin’s Creed universe.

This was followed up by reports that the next game in the series will be called Assassin’s Creed Kingdom and will be released in 2020. Further information from Jason Schreier at Kotaku suggests that different sources have confirmed that this will definitely be a Viking-based adventure, as reported by https://www.pcgamesn.com/. 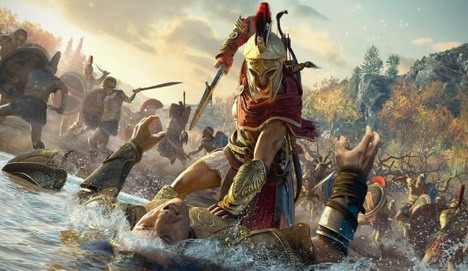 Another possible piece in the jigsaw comes with the Viking-related concept art by a Ubisoft artist that has recently been discovered. This is a less tangible link, though, as there appears to be no direct relation to Assassin’s Creed.

How Popular Are Viking Games?

The launch of a new Assassin’s Creed game based on Nordic adventurers is almost certain to ignite a great level of public interest in other games of this theme. The good news is that there are already numerous games like this around to explore.

For example, Vikings: Wolves of Midgard was written by Games Farm and released by Kalypso Media in 2017. It received a good reception from critics and players alike, with the breadth of combat options a stand-out feature.

There are also several slots games based on Vikings, such as the Vikings Go Bezerk and Vikings of Fortune titles featured on the Pots of Luck site, reviewed at https://readyslotsgo.co.uk/. There are similar game selections available from the likes of PlayFrank, Mr Play and Fruity King casinos, which typically offer free spins for new players.

Another excellent game based on Norse mythology is the action-adventure title Viking: Battle for Asgard. Developed by Creative Assembly and released by Sega in 2008, it follows the action when a war between the gods leads to fierce battles in the mortal world of Midgard. Volgarr the Viking and The Banner Saga are other titles worth looking out for.

With the Viking genre already popular in the gaming industry, it would be no surprise to see an Assassin’s Creed title of this type really catch the public’s imagination in the next couple of years.