Updated on April 27th, 2019 by Quertime Writer in Gaming

Computer games used to simply be about playing against a computer-generated opponent. At first, this artificial rival could only carry out a limited series of moves and was fairly easy to predict. Over time, these opponents became more unpredictable and sophisticated, but gaming still lacked the human touch.

While this approach was massively popular for a number of years, recent advances in technology have helped to introduce a far greater degree of human interaction into the gaming industry. Playing games is a hobby that has now evolved into something far removed from the simple human vs computer experience it once was. 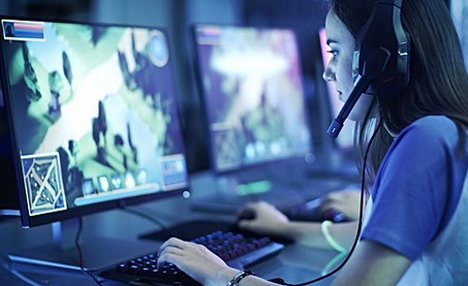 How does this work and what does it mean for the future of gaming? By looking at a few of the most interesting developments that this led to, we can see how gamers are increasingly finding a richer and more immersive way of playing.

The biggest and most noticeable difference for many gamers is how much easier it is to find human rivals to play against. This is, in part, due to the rise of massively multiplayer online (MMO) games in recent times. These games take place in large worlds with players carrying out set missions or simply exploring everything around them.

What are some of the best MMO games to look out for? According to https://www.techradar.com/news/the-best-mmos – some of the best titles in this genre include World of Warcraft, Planetside 2 and Secret World Legends. These games are most likely to appeal to those who want to immerse themselves in a huge virtual world populated by thousands of other human players.

And the market for these games has been swelling in recent years. Worldwide revenue grew from $24 billion in 2014 up to close to $31 billion in 2017, according to the Statista website. All that in games that are largely free to play and make money, instead, by encouraging players to buy in-game items to boost their performance. The highest-earning MMO game is arguably World of Warcraft, with millions of active players at any given time. World of Warcraft was launched in 2004 and by 2017 had made over $9 billion revenue – human rivalry, truly seems to fuel popularity.

One of the novel aspects of a game where the opponent is not simply the computer is that there is often no set way of winning or ending the game. It can be considered as an open-ended adventure that each person carries out in the way they prefer. Some people consider the open-world Minecraft to be part of this genre. The fact that the number of players is more strictly limited makes that a definition that is open to dispute, but human (and not computer) interaction is still a factor.

Meanwhile, several new games in this genre were released shortly before this article was written – including Riders of Icarus, Mu Legend and Revelation Online. Clearly, it’s a type of game that isn’t going to disappear any time soon.

The human touch is also becoming increasingly important in the online casino industry. When these sites first became popular at the start of the 21st century they mainly involved players watching virtual games getting played on screen in front of them. However, the possibility of streaming live games that players can interact with has changed all that.

If we look at https://www.mrgreen.com/ie/ as an example, we can see the likes of live roulette and live blackjack games with human dealers on the screen. They say they have many tables, all manned by professional live dealers. Other games on the site in this same vein are Texas Hold’em and Caribbean Stud Poker. The human aspect, as well as real-time play, brings a whole other dimension to online casinos.

This hasn’t removed the more traditional type of casino game from the internet, though. Instead, it simply acts as an alternative for players who prefer the excitement and tension of playing in front of a human dealer – but perhaps lack the time or confidence to go to a brick-and-mortar casino.

In the case of human dealers, they can be based in a studio or land-based casino anywhere on the planet. Some operators use a certain theme for their decorations and uniforms, such as Egypt or Christmas, while others allow players to zoom in on the wheel or cards during the most critical moments. Essentially, the human touch has turned these games into a totally bespoke experience. 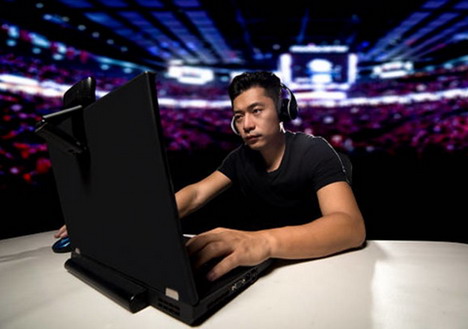 Perhaps the most surprising way that the human touch has found its way into gaming is with the huge events now taking place in stadiums all over the world. In this way, rather than being something people do alone at home, gaming has turned into a massively popular spectator sport that is as enjoyable to watch as it is to take part in.

The highest esports viewing figures from the last few years are extraordinary and show us how this new type of gaming experience has exploded in popularity. According to Escharts.com, as many as 2.47 million hours of the CWL Pro League 2019 were watched, with peak viewer numbers reaching 94.83K for the ECS Season 7 – Europe. All the signs point to these numbers continuing to increase in the near future.

The players who make up these teams are among the highest-paid sportspeople in the world. For example, the Evil Geniuses team based in San Francisco is said to earn some $15 million each year. In second place is the Chinese Wings Gaming team with reported income of $9.6 million. As for the future of esports, most predictions suggest this is something that will keep on growing in popularity.

It is clear that each of these ways of playing games with a human touch has fulfilled a need in the market. Therefore, it seems likely that they will carry on growing over time as more people discover them.