Updated on August 4th, 2018 by Jules, Quertime Editorial in Mobile

In our previous posts, we’ve published quite a number of cinemagraph artworks and received tremendous reader response. In case you’ve never heard of it, cinemagraph is a type of animated photograph created in GIF format, with some small moving elements while others are in still. They are categorized in between photograph and video, and tend to grab peoples’ attention. This form of media is becoming more widely used in the industries like fashion and advertising.

The good news about cinemagraph is that it’s actually not that difficult to create one. Forget about using sophisticated computer software or thinking you might be stuck in the complicated making process. Creating an impressive cinemagraph only involves a few simple steps. All you need is your smartphone or tablet with cinemagraph-making app installed.

In today’s post, we’ve rounded up 6 free iOS and Android apps that let you create awesome cinemagraphs to impress people. So just give these apps a try and have fun! 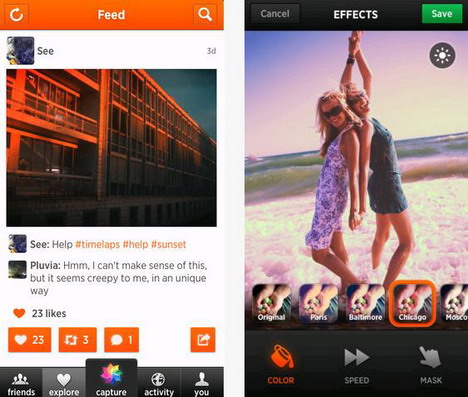 This is one of the most popular cinemagraph-making apps available on the iPhone AppStore. Its intuitive user interface allows you to film a short video clip and then convert it into a cinemagraph in a few simple steps. You can also apply some video effects and filters making the end results even more impressive. Once it’s done, your art pieces can be instantly shared on the app itself or on the social networking sites including Facebook, Twitter and Tumblr. 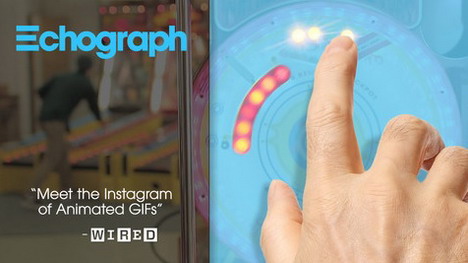 Echograph is another app for making animated photography. Its cinemagraph creation process is quite straight forward and easy. The first step is to capture a video with your phone’s camera or import clip from the photo library. Secondly trim the duration and then select the start and end frames you want to create the loop’s illusion. Third step, select the photographic still frame as the cinemagraph’s backdrop. Lastly, paint your original video to sprinkle action into the static image. Once it’s completed, you can share your art works directly to Tumblr, Facebook, and Twitter. 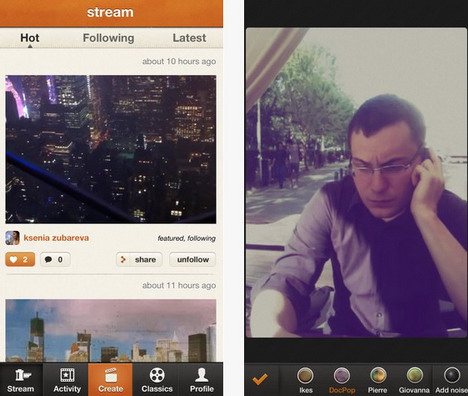 The process of making cinemagraph by using Kinotopic is pretty much similar to other apps. It involves three simple steps only. Firstly, you start with recording a new 3s video clip or choosing video from your phone’s multimedia library. Then edit the video by applying some effects, borders and filters. The last step requires you to animate a small portion of your video to complete the whole process. What makes Kinotopic unique is that it allows you to stabilize your video clip which helps to enhance the quality of the cinemagraph. Social sharing features also included in the app.

Another free app for making a photo that contains a small portion of looping motion. The app has a pretty simple creation process. Once you’ve recorded a 4s video clip, tap the “Cinemagraph it” button to choose the portion of photo you want it to be animated. You can loop the animation forward or backward. Special effects like loop delay and filters can also be added to make the cinemagraphs look awesome. Similar to Cinemagram, Flixel allows you to either share your works with friends on social networking sites or save it to camera roll for your own viewing. 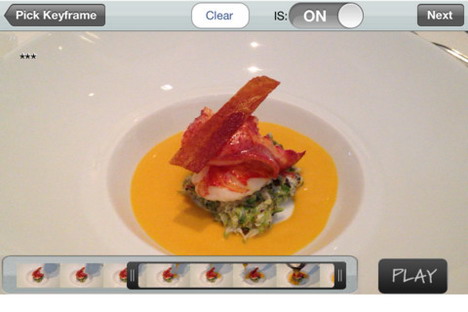 iCinegraph lets you create high resolution animated photograph and the duration can be as long as you want. The creation process is easy. All you have to do is record a vide clip and then paint the animated parts with your fingertip. You can make your art piece looks great by adding some effects and filters. The unique part about this app is that it comes with a viewer where you can view cinemagraphs directly on your phone.

If you are using Android based smartphone, Fotodanz is a good choice you can try. The app’s animated photograph making process is very simple. All you need to do is record a 3 or 5s video clip, highlight the area you want to be animated, and then tap “OK” to share your artwork with your friends via SMS, Facebook and Twitter. To make your cinemagraph more impressive, you can animate more than one area, change the looping styles as well as apply some filters and effects.