Posted on January 1st, 2013 by Jules, Quertime Editorial in Software

Astronomy is a natural science that’s all about the earth and the universe. While it’s a broad research field driven by professional scientists around the world, it’s also a personal hobby of many who are interested in the study of celestial objects such as stars, moons, planets, nebulae and galaxies. Beside of using your naked eyes, binocular or telescope to obverse these fascinating sky objects, you can also make use of some astronomy software to help you access the mystery of space. 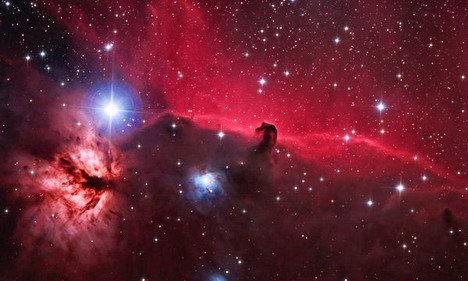 Today we’ve compiled a list of astronomy software and online applications that help your work and hobby become more effective and interesting. These softwares are suitable to both professional and amateur astronomers and the best part is that they are all free to use! 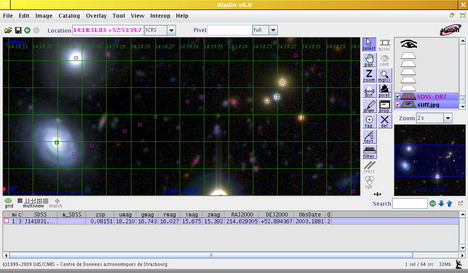 C2A (Computer Aided Astronomy)
C2A is an easy-to-use planetarium software that allows you to create detailed views of stellar fields, suitable to both professional and amateur astronomers. The software provides most of the star catalogues including SAO, GCVS, Guide Star, USNO, etc. Also, the deep sky object catalogues such as Messier, NGC, PGC and IC. 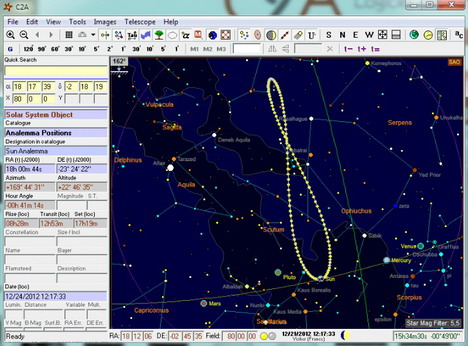 Stellarium.org
Stellarium shows you a realistic sky in 3D, just like what you see with your own naked eyes or through telescope. The planetarium software has catalogues with millions of stars, illustrations of constellations, nebulae images, as well as planets and their satellites. Other features include fisheye projection, time control, equatorial and azimuthal grids, eclipse simulation, star twinkling, and many more.

Sky-Map.org or WikiSky.org
These sites are basically interactive sky maps that contain myriads of stars and celestial objects. Users can zoom out for the whole star sky viewing or zoom in for details. In addition, users can edit the star information by including links, writing articles, uploading relevant photos, and other editing tasks. 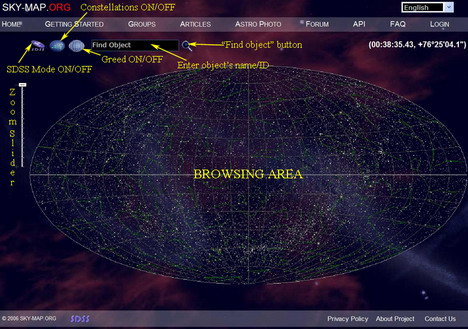 WWT
WWT (WorldWide Telescope) allows users to explore the space, combining both images from ground and space-based telescopes with 3D navigation. WWT comes with 2 versions: Windows Client and Web Client. Both enable you to pan the sky and to zoom in on celestial objects, including stars, nebulae, and planets.

Cartes du Ciel’s SkyChart
This is planetarium software that contains a number of catalogs ranging from stars, planets and nebulae to comets and asteroids. You can make use of their data to draw your own sky chart for particular observation. There are many options and features given in helping you to create a complete sky map such as changing space objects’ color and dimension, adding coordinate grids and labels, superimposing celestial images, and many more. 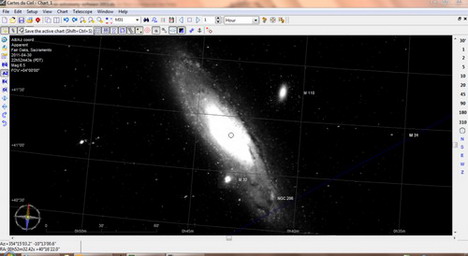 Celestia
A free space simulation that lets you travel throughout the solar system, and explore over 100,000 stars, or even beyond the galaxy. The software has a number of catalogs of stars, galaxies, planets, moons, asteroids, etc. You can easily navigate and zoom in to the objects you like. 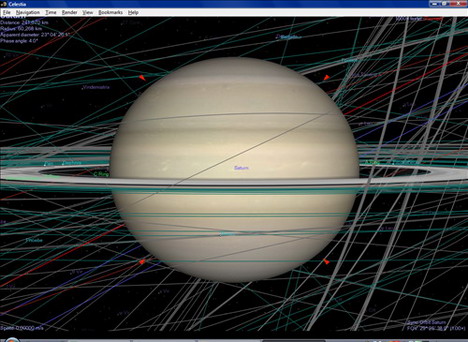 Orbiter
Orbiter is a free and realistic space flight simulation software that allows users to experience space flight missions from the pilot’s perspective. In addition, you can also recreate historic flights, plan interplanetary slingshots, design your own rockets and many more.

Winstars
Winstars enables users to view realistic 3D maps showing the celestial objects in our solar system. The software contains a database of over 2 millions stars and a catalogue of 10 thousands nebulae, star clusters and galaxies, with details information about each object. You can also view the outline of the planetary orbits, celestial equator, ecliptic, etc. 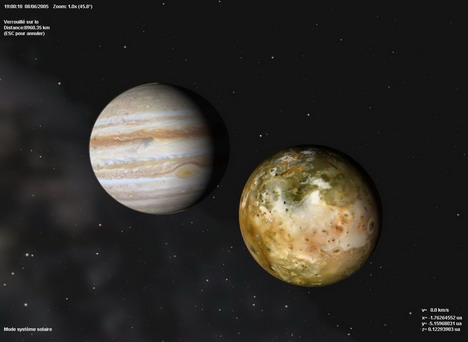 WinOrbit: Satellite Tracking
WinOrbit is a free software that computes and displays the position of artificial earth satellites, together with information like bearing, distance, and elevation above the observer’s horizon. The information can be updated in real-time, manual, or simulation modes.