What You Can Learn About Website Design from Gaming Websites

Posted on January 19th, 2017 by Quertime Writer in Web Design

We’ve already witnessed that they have created some pretty great games — as witnessed by their consistent status atop gaming best-seller lists — but how have some of the most popular video game creators designed their own websites? 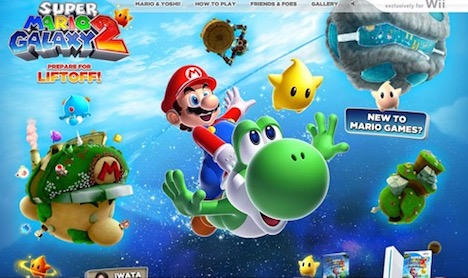 The following types of design elements can make or break a gaming company’s website — and spell the difference between an effective site that increases customer awareness and sale or one that sends them clicking away to other sites.

Here are some of the top game companies own websites, which include examples that are smooth and stylish, indicative of the games themselves, and just amazingly creative. Take a good look at them as you can learn a lot.

Mojang makes the popular Minecraft game, which is why an inquisitive look into their own website’s design brings a refreshing and curious observation. The website is clean and simple, with a plain white background that sets off the bold red text of headlines that scream about record-breaking sales of the Xbox 360 edition of the game.

Other than that, Mojang.com has a simple navigation menu that tells readers more about their other games and merchandise and a Twitter feed in the right-hand sidebar. The site is reminiscent of a clean blog whose main goal is to pass on information — and that’s exactly what this independent game developer’s website does: teaching us about upcoming games being developed and that you don’t necessarily need to throw millions into your studio’s site to be successful.

Bingo sites have a very similar interface and a pretty simple landing page. A simple navigation menu is also a great feature and adds up to the overall impression. It’s bright, straight forward and the most important features are highlighted which will make it easier and much simpler to use. It is a great example of how a website can be simple and effective at the same time and yet appealing to people.

Rovio Entertainment Ltd. created the popular Angry Birds franchise, so it stands to reason that their Rovio.com home base would feature a version of their cash cow pretty prominently on their front page. Aside from that, nearly 80% of the homepage is filled with colourful images that speak of action, while the rest of the prime real estate space is saved for important navigational features and social media links. “Check out our open positions and join the team!” exclaims Rovio, obviously putting their desire to beef up their staff in a can’t-miss position where avid game creators can see (and perhaps heed) the clarion call.

Unless you’re one of those who helped Toca Boca celebrate passing their 50 million game apps downloaded mark recently, due to the success of kid-friendly apps like Toca Hair Salon 2 and Toca Mini, you may have never heard of the game development studio. Either way, one important lesson we can learn from the company’s bright and dynamic website is that they realize the importance of that popular web adage that states, “The money’s in the list,” which means that if you can grab the contact information of an interested customer just once, you might be able to sell to them over and over again. Remember this as a successful website making strategy.

4. RelianceGames.com: Show off with sliders and make it easy for customers to buy 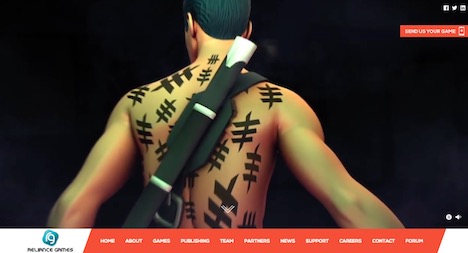 Reliance Games makes it easy for their website visitors to see the variety of games they create by making great use of a slider that rotates titles like Real Steel and The Hunger Games: Catching Fire Panem Run: Another pretty useful feature within the large slider is the fact that the company includes direct links that lead customers to the correct and precise locations in the App Store or on Google Play to easily purchase the game they want. This is a smart move because it’s a frustrating experience to have to search around on a site attempting to find the proper place that contains that “buy” button that helps consumers throw money at game development companies.

Sandy Jakobs is a professional writer for Quertime.com.

18 Websites to Showcase Your Design and Art Works