15 Tools and Apps to Create Your Own Emoji

Technological advances in communications have allowed people to express their emotions better and have helped provide context when exchanging messages. It’s not surprising since majority of tech users nowadays will frantically turn to anything in order to attempt to capture the essence of human life in the purest artistic form imaginable. And they probably did so, through the emoji. 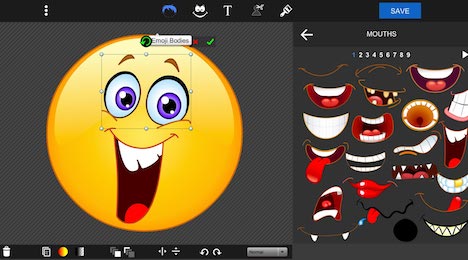 Emojis have become essential to digital communications in the past few years. When people can’t find the right words to say, they turn to emojis to help them express their feelings concisely. Fans of the emoji eventually realized that “stock” emojis just won’t cut it, so they thought of customizing their emojis using their own images or designs.

With the growing demand for custom emojis, a lot of applications, websites, and services have sprouted left and right just to serve this purpose. Take a look at some of them: 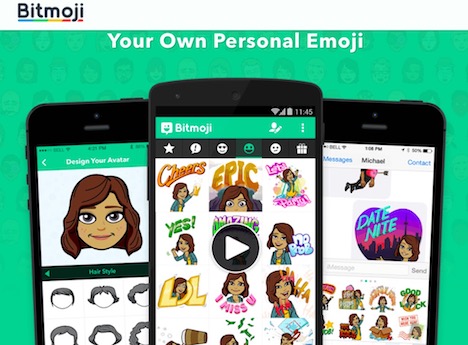 One of the most popular tools used to create custom emojis on smartphones is Bitmoji. It essentially allows you to create an avatar of yourself that you can keep editing as you wish. You can use your avatar to create stickers that you can insert on virtually anywhere you communicate on the web.

Because it offers a whole different level of customization compared to similar apps, it was recently acquired by Snapchat. The Canada-based company that created it was also the same team behind the widely popular app on Facebook from years ago called Bitstrips.

This mobile app allows you to create your own emojis through a special keyboard SDK that you’ll be required to install. You can create your emoji out of basic shapes or photos and then edit the elements by adding hats or changing color and so on. 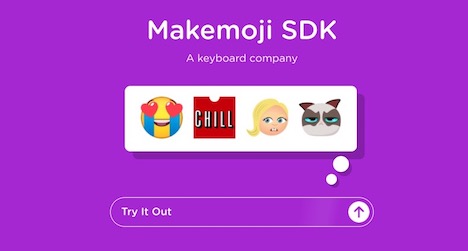 Makemoji also offers a data dashboard that will allow you to visualize the amount of engagement your emoji is generating, so it is highly ideal for brand recognition and marketing.

If you’re a user of the team messaging app Glip, then you can also choose to create custom emojis right inside the app and use them right away. To create one, click on the smiley face located at the right side of your text or message field. When it pops out, pick the icon that looks like a plus sign (“+”) with a circle around it. Clicking on it will lead you to the custom emoji tab, where you can upload your own image to turn into an emoji. 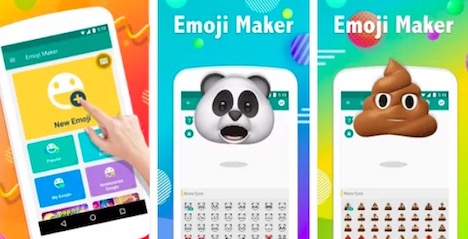 Ever wondered what your face would look like on a standard emoji? Animoji has the answer. This app allows you to create the coolest, craziest emojis using your own facial expressions and allows you to pick among thousands of designs you can use as overlays from a design library.

Formerly called the IMoji on iTunes, GIPHY Stickers focuses on animated images for creating custom emojis. Although it’s actually a GIF or sticker generator, it works great as a custom emoji maker, too. With this tool, you can upload your own still images, animated GIFs, or even videos (will be trimmed) to create something new. You can then add captions using the font style and color of your choice. It’s also possible to use animated text. You can also add animated stickers from its native library or even draw over your image using your mouse or your finger.

This online brand has been around for a while, but it still keeps evolving. Now, it’s expanded into an online emoji maker that allows you to create high quality images that you can resize or rotate however you want them. The nice thing about PiZap is that your image assets won’t pixelate that much since it’s Flash-based. Plus, it’s so easy to use that it’s almost like you’re playing with clip art on Microsoft Word.

You don’t even need to leave Slack whenever you feel the urge to send a colleague a custom emoji. Just click your workspace name, choose “Customize Slack” to open your settings, click on the Emoji tab, choose a file name, and then choose an image file that you want to use as your emoji. Save it and wait for the image to appear on your emoji library. The feature is available on both free and paid plans, so anyone who’s on Slack can practically use it. 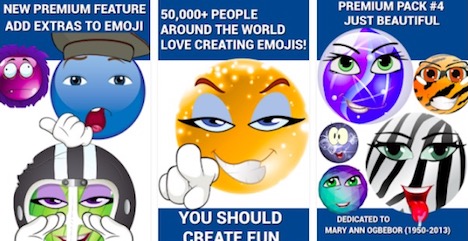 While this mobile app shares fairly similar customization functions with other products in the marketplace, it stands out in the sense that it tries to stick to the very essence of an emoji – the plain old smiley. The Smile Creator Free For Emoji offers over 400,000 unique combinations plus a random generator that people will surely love. You can slap your native country’s map onto a smiley, add a pair of shades, or add a thumbs-up to the custom smiley you’re about to create. Cool, right?

Google’s Made with Code initiative offers a distinct approach to customizing your own emojis. Emojify, a project that uses the Blockly programing language, attempts to teach users how to make their own emojis or avatars. However, the point of the project really is to teach people how to change the position of objects like eyes or clothes based on their x and y values – something that’s long been taught in basic programming.

Although it’s designed with little kids in mind, the output looks pretty outstanding, too. Maybe adults may want to try them out. After all, the finish product can be easily downloaded. Could work as an office email profile image, perhaps? 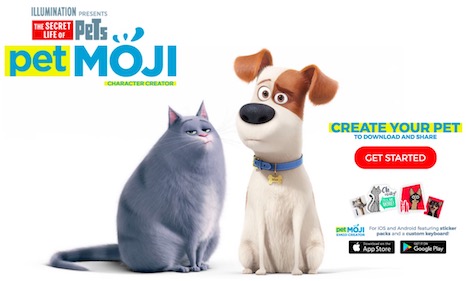 Based on the animated movie, “The Secret Life of Pets,” PetMoji lets you customize emojis based on the lovable characters from the 2016 film. Even if the app only uses the cats and dogs featured in the film by default, they’re literally your blank canvas – you can change their eyes, nose, ears, tail, colors, and others according to your liking.

This pretty fun app boasts of its over 258 million possible emoji combinations. The app maker, Oliver Saylor, calls it the “emoji maker for any situation.” UI/UX-wise, this emoji maker is one of the best ones around. Additionally, you can view and share the emojis you created with friends through social media. 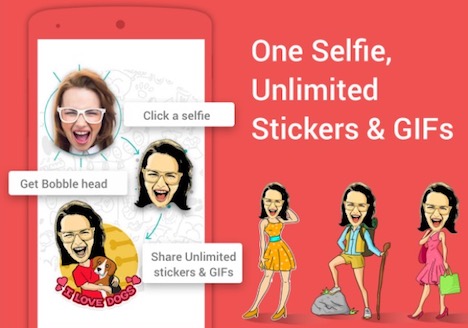 Branding itself as an emoji keyboard app, Bobble Keyboard is able to convert your selfie into a cartoon bobble head through advanced facial recognition technology. This app will turn these images into stickers that you can use while chatting with friends, with tons of personalization options like text and other elements.

To make it even better, the developers have decided to offer a lot of these customizations without additional charges.

If you’ve been to the website Labeley, you’d think that it’s limited to designing custom labels for your homebrewed beer or fun stickers for your kid’s scrapbooking project. However, it’s actually good for creating customized emojis, too, because of its fairly reliable collection that’s well-categorized. Give it a try and you might be surprised of what it’s capable of.

The geniuses over at Touche Apps decided to give the usual emoji maker a unique twist. SMS Rage Faces features – you’ve guessed it – hilarious rage faces. It features some of the funniest memes to ever hit the internet, plus a Camera Booth feature that allows you to fill photos taken using your device with the most popular rage faces or memes.

Like the Bobble Keyboard that will turn you into a cartoon, StickerMe allows you to create a selfie emoji, but in a completely different style. If you’ve seen the Japanese photo booths called Purikura in amusement arcades and you found yourself enjoying them, then you’ll enjoy this app. You can turn yourself into a princess or a pirate, and then you can share the photo generated on your social messaging apps.

Have you tried any of the mobile apps, websites, and services mentioned above? Share your thoughts in the comments section below.

Klaris Chua is a digital content marketer who has written many pieces on startups and team messaging apps like RingCentral. She used to be a reporter for a business newspaper but the conventional path of a writer didn’t appeal to her.

9 Online Tools to Create Custom Maps and Get Directions

20 Best Web Tools to Create Your Own Unique Avatar

14 Online Tools to Create Your Own Comics