Updated on August 8th, 2017 by Quertime Writer in People 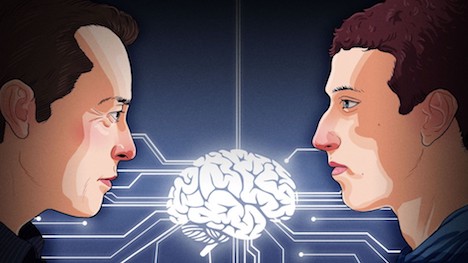 In the light of this news, let’s compare two of the greatest minds of our time. And we will start with their attitude regarding the role of Artificial Intelligence in the future. 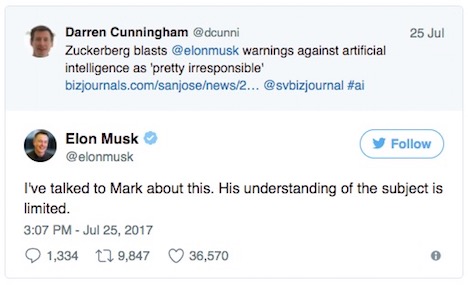 Elon Musk: The dispute between two famous entrepreneurs has begun when Elon Musk called AI the greatest risk and threat to civilization. According to Musk, robots can “start a war” by releasing fake news and press releases, forging e-mail accounts and manipulating various information.

Mark Zuckerberg: In turn, Mark Zuckerberg commented on the Musk’s words during the Facebook Live and mentioned that the founder of Tesla is “irresponsible” if he thinks so about AI. Mark is very optimistic and thinks that in the future, AI can significantly improve the life of humanity.

Elon Musk: Born in South Africa, Elon was an avid reader and explorer since he was a child. A self-taught programmer. At the age of 12 made his first video game.

Mark Zuckerberg: One of the world’s youngest billionaires was born in New York. He developed an interest in computers since he was a kid. Mark created several projects while in high school. His father taught him Atari Basic Programming and later hired a software engineer as a private tutor.

Elon Musk: When Elon was 17, he entered Queen’s University in Kingston, Ontario. Two years later he transferred to the University of Pennsylvania to study physics and economics. At the age of 24, Elon began his Ph.D. in applied physics and materials science at Stanford University in California, however, he left it in two days in order to focus on his entrepreneurial career.

Mark Zuckerberg: He attended Ardsley High School and later transferred to Phillips Exeter Academy where he studied classics. In 2002 he enrolled at Harvard University where he studied computer sciences. However, in 2004 Mark started to work on Facebook in the dorm room and moved to Palo Alto to work on it. He didn’t return to Harvard.

Elon Musk: Judging from the number of projects Elon has, it’s really complicated to imagine him sleeping in a hammock. In a recent interview to Glassdoor, Elon Musk said about his free time: “Burning Man, playing team first-person shooters with my kids, movies, hanging out with friends, occasional wild parties.” By the way, Elon Musk has five sons. 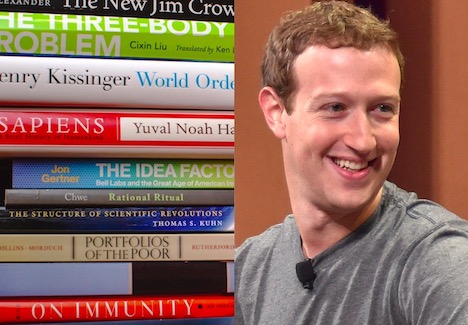 Mark Zuckerberg: Apart from thinking about Facebook 24/7 and hunting for his food, Mark studies foreign languages, reads books, and does charity. 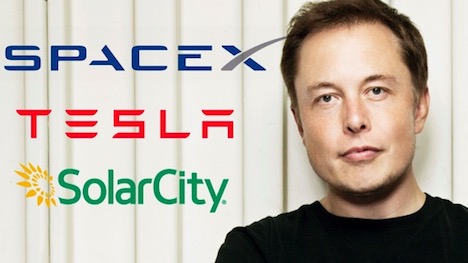 Elon Musk: Elon Musk is believed to be a demanding leader. He sets revolutionary ideas not only for himself but also for those whom he works with. He is obsessed with what he does and he wants to bring the humanity to a better tomorrow. According to the Glassdoor’s Highest Rated CEOs 2017 Employees Choice, Elon Musk is rated among the best leaders of our times. Agree, it will be great to work in a company where CEO plans to colonize Mars. 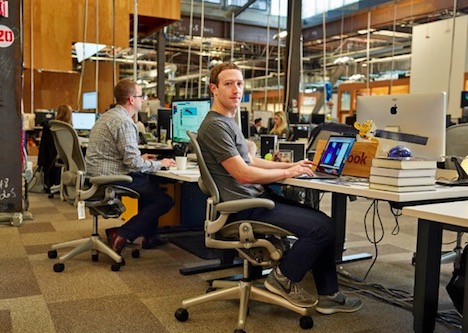 Mark Zuckerberg: As a leader, Mark is described as encouraging, stubborn, and demanding. His aim is a constant growth and innovation. He is a person who loves challenges and is always open to suggestions. In 2016, Facebook was among the best companies to work in the USA. Zuck is known for his democratic insights and his leadership style focuses on high productivity and creativity. The best way to describe Mark as a leader is in his own words. Here are his quotes:

“We encourage everyone to make bold decisions, even if that means being wrong some of the time.”

“We expect everyone at Facebook to focus every day on how to build real value for the world in everything they do.” 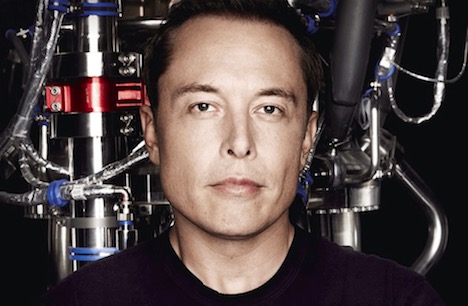 Elon Musk: Today Elon is known to be one of the most innovative minds. And even though many people consider his ideas bizarre, he continues to work 100 hours a week by building a future with less pollution and multi-planetary species. Musk is a kind of person who instead of waiting for things to happen, act and influence the world we live in today. It seems that he is making an impact on one of the most difficult industries: aerospace, automotive, solar energy, infrastructure, financial services.

Mark Zuckerberg: He has made the biggest impact by changing the way people all around the world communicate. He has made our communication easier by introducing Facebook with almost 2 billion daily active users. With Facebook, each person can now express its identity, build and improve an online business, and communicate with other people from anywhere in the world.

Mark Zuckerberg: $ 70.4 billion (which makes him one of the richest person in the world)

9. The Secrets of Productivity

Elon Musk: Focusing on one thing is definitely not about Musk. Elon is capable of holding the CEO positions and promoting innovative and ambitious projects at the same time. Elon Musk is constantly improving in multitasking. Additionally to 15 hours in the office, Elon never stops working on his projects and ideas. Therefore, the only way for Elon to cope with all of his daily tasks is doing everything at the same time.

Mark Zuckerberg: A lot has been said about his love to the gray T-shirts and hoodies, which he changes during the week. The thing behind it is that it helps him not to be distracted by the idea “what to wear” and focus on the main thing, which is his work. Commitment to simplicity is Mark’s lifestyle motto. Mark says that he feels wrong when spending time on frivolous and insignificant things when he can channel his energy into creating something essential.

Elon Musk: Apart from making cool stuff and developing a vision, Elon Musk has his own strategies for creating new products. Tesla was launched with a minimum viable product (the Tesla Roadster) and was quickly sold out. Later, the company moved to the luxury market and announced a plan to enter mass-market. With SpaceX, Musk plans to reduce costs and make investments in space exploration more realistic.

Mark Zuckerberg: Mark’s main focus is on one product, which is Facebook. He and his team constantly work on improving the social network by introducing new features and making the data storage safer. 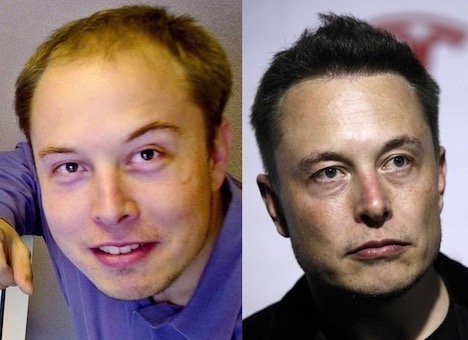 Elon Musk: Before becoming the most famous entrepreneur of our time, Elon Musk had a more “geeky” style, like hoodies, baggy pants, oversized t-shirts. Today, Elon can be confused with a Hollywood actor in his black suits, ties, designer jeans, and black t-shirts. 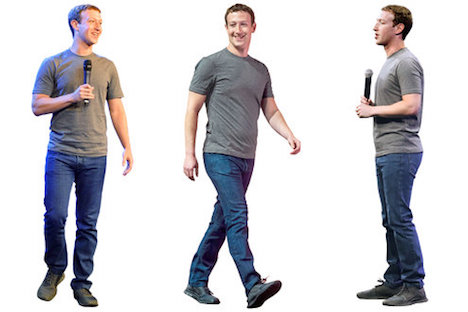 Mark Zuckerberg: As of Mark, he prefers minimalism in what he wears. Thus, his daily outfits consist of a hoodie, a t-shirt, and jeans.

Elon Musk: In 2002, The Musk Foundation was formed – a grantmaker in the areas of science and engineering education and renewable energy. Elon has also become a trustee at X-Prize Foundation with a focus on clean energy. In 2015, he donated $10 million to the Future of Life Institute in order to conduct a research on keeping AI helpful to humanity. In addition, Musk leads his philanthropic vision through the SpaceX, with an aim of space exploration.

Mark Zuckerberg: Mark and his wife Priscilla Chan are well-known philanthropists. They have founded the Chan Zuckerberg Initiative with a focus on education, healthcare, and building communities. In 2010, Zuckerberg has donated $100 million to the Newark, New Jersey public school. Mark actively supports tech startups. For example, he made unknown amount donation to Diaspora – a project that was developed by four students from the New York university. Diaspora is an open-source project, where users can control their own data.

The Chan Zuckerberg Initiative also donated $25 million to fight with Ebola virus and gave $75 million to San Francisco General Hospital, $25 million to the Centers for Disease Control, and $5 million to the Ravenswood Family Health Center. Mark and Priscilla have also announced that they will give 99% of the Facebook shares to support their initiative.

Elon Musk: The entrepreneur prefers a common corporate structure. In the case of SpaceX, employees report to managers, while managers report to directors. At the same time, the employees are free in making their own decisions. Tesla has a traditional organizational structure:

In the Elon Musk biography, the author behind it Ashlee Vance wrote:

“He does run a very flat structure. You can contact anyone, including Elon, without a problem. The biggest thing with both companies is that they build everything in the same building – complete integration. SpaceX makes about 90 percent of their rockets themselves.

Elon Musk: When it comes to social media, Elon is a very active Twitter user. When he talks to the audience about electric cars, renewable energy, trip to Mars, he explains all in a very simple language. Shaky voice, jargon, buzzwords – it’s not about Musk delivering a speech. During the public speaking, he is calm and confident. Musk can clearly communicate his vision.

Mark Zuckerberg: With years, Mark public speaking skills have improved. Today Mark is known for being a strong presenter. Of course, the social media channel that Mark actively uses is Facebook. 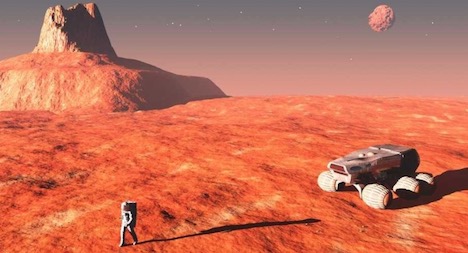 Mark Zuckerberg: In the future, Mark is going to devote more time and efforts to the philanthropist initiatives and focus on Facebook. Recently Mark has shared a letter, where he explained the future of Facebook:

“We may not have the power to create the world we want immediately, but we can all start working on the long term today. In times like these, the most important thing we at Facebook can do is develop the social infrastructure to give people the power to build a global community that works for all of us.”

Undoubtedly, both Musk and Zuckerberg are one of the greatest innovators of our time with a global vision. While Zuckerberg managed to change the social life and communication of billions of people all around the world, Musk plans sometimes seem like an extract from a sci-fi novel. Whether his plan to colonize Mars become reality or not, nobody knows. However, judging by the level of his ambitious and workaholism, one might witness the launch of a first Mars colonizers in several years. And maybe the next Facebook users will be Mars population.