Posted on August 8th, 2017 by Quertime Writer in People 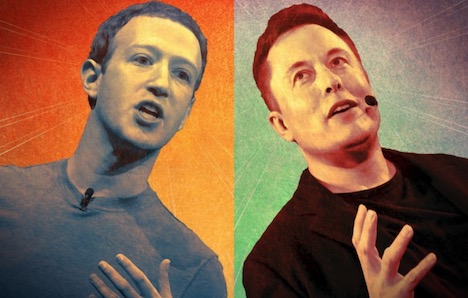 Truth is, AI technologies are inevitable by now. And it has become fundamental to both people’s businesses. But that isn’t the main point. It looks like the two have some bad blood going and this has started to generate some buzz in the tech community. Time to grab some popcorn, maybe?

Catfights between tech billionaires are great. Anyhow, here are 15 comparisons – a mix of similarities and differences – between two of the biggest names in technology today.

1. Both have varying opinions about AI 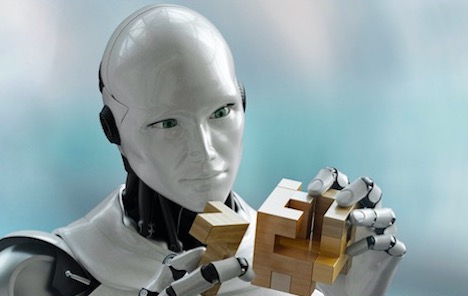 As mentioned, both have started a pseudo-online war regarding their understanding of AI. The car and spaceship guy says artificial intelligence will destroy humanity. The social media mogul has become the glass-half-full guy regarding the topic.

Both Elon Musk and Mark Zuckerberg share the same top personality trait: intellect. Dictionary.com defines the word as the “capacity for thinking and acquiring knowledge, especially of a high or complex order.” When talking about intelligence in an academic context, both are definitely outstanding.

During Zuck’s early years, he excelled in many classes and won prizes in various subjects. In high school, he built a music player called Synapse which he released to Slashdot. Meanwhile, Musk excelled in programming at an early age and sold a video game for $500 when he was just 12.

3. Both people’s money will go to different places

Zuckerberg and his wife Priscilla Chan decided that most of their money will be for philanthropy. That’s $45 billion going to curing diseases, improving education, and opening up and connecting the rest of the world to the internet. 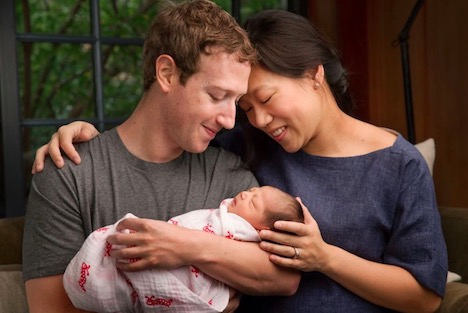 On the other hand, Musk has put all the money he got from selling PayPal to invest in his companies Tesla, SpaceX, and Solar City. While both are out to “change the world”, they will do so through different means. What’s certain is that both routes will likely impact all of humanity in the near future.

4. They share the goal of generating a positive impact

As mentioned, both Zuck and Musk are out to change the world. Although they have different means of doing so, they’re using their money and clout to do something that will create a positive impact in areas of great need.

Musk is trying to unhook the earth from its addiction to oil and petroleum, end global warming and promote alternative energy. Zuck is funding education and health – the old-fashioned way of distributing wealth. These are all areas of opportunity the world’s most powerful people should focus on.

5. Both have embraced unusual workspace arrangements

They say desks serve as portals where ideas are born. Elon Musk maintains a squeaky-clean desk where there’s not much clutter. This may mean that his mind is focused on the future since he’s not keeping miscellaneous stuff from the past. In his Tesla office, his desk is at the end of the production line, next to his sleeping bag where he would spend countless hours. 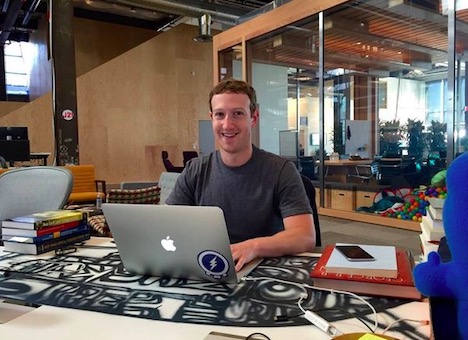 Mark Zuckerberg’s desk, though simple, features graffiti surfaces and can be messy at times. It’s located right in the middle of the Facebook headquarters, and doesn’t have walls around it, so that employees can come to him anytime. He sees to it that coworkers are able to exchange ideas – like those Facebook wall posts where free speech is encouraged.

6. One graduated from college while the other didn’t

Although both CEOs excelled in school, only Musk obtained a college degree. Actually, he finished two bachelor degrees, economics and physics, and even moved to California at some point to start his PhD in applied physics and materials science at Stanford. He left the program after two days to go full-time on his internet businesses.

Mark Zuckerberg famously dropped out while he was a sophomore in Harvard to focus on growing Facebook. In May 2017, he received an honorary degree from the same institution for his outstanding work.

By now, people should be breaking the myth of the ultra-successful college dropout. Billionaire college dropouts and college graduates alike are unicorns. It’s their hard work and genius that brought them where they are today, not their degrees.

7. Both are defined by the personality characteristic of “immoderation”

Both are described to lack moderation; their Watson personality analysis says so. One doesn’t have to dig deep to figure this out. Musk has invested all of his money on ambitious projects that are deemed too risky to succeed. Zuck keeps rolling out outrageous Facebook features that sometimes make people’s heads shake. They’re both crazy, to put it bluntly. 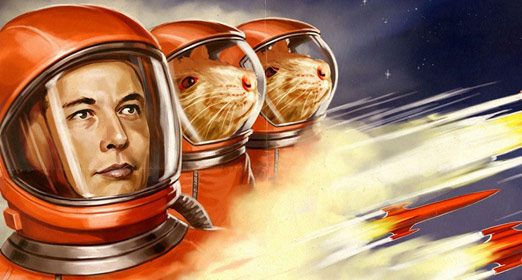 Intellect, which is a “capacity for thinking and acquiring knowledge, especially of a high or complex order,” isn’t the only trait the CEOs apparently have in common, according to IBM and Paysa. Both are defined in part by immoderation, or a “lack of moderation,” and emotionality, an “emotional state or quality.”

8. Both thrive on “emotionality”

In the same personality analysis, the characteristic of emotionality appeared common for the CEOs. It’s fairly common for leaders to have high levels of emotional intelligence, because such a trait is typically factored into the everyday decisions they make such as hiring and firing people. If their emotional reactivity to stimulus isn’t as sound as possible, they probably wouldn’t have been able to last the dog-eat-dog world of business.

9. They both ask their online followers for advice

In March 2017, Musk solicited business advice from a fifth grader via Twitter. Bria Loveday from Palo Alto recommended that he run a social media contest to award the best homemade commercials featuring Tesla cars. Musk loved the idea and called it “Project Loveday.” 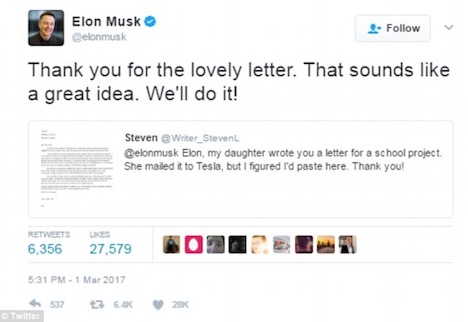 While most were closing shop for the year, Zuckerberg opened up his Facebook community (his profile) for discussion on December 30, 2014 regarding what people’s New Year’s resolutions were. He wanted some advice on what challenge he should take up. He got about 50,000 suggestions for this post alone.

10. Both have advocated for countries to have universal basic income

In his Harvard speech, Zuckerberg said “We should explore ideas like universal basic income to make sure that everyone has a cushion to try new ideas.”

Musk has earlier said in a Dubai summit that, “I think ultimately we will have to have some kind of universal basic income, I don’t think we are going to have a choice.” A universal basic income means that each citizen should get a basic paycheck from the government or a public financial institution without any strings attached.

11. Their choices in dating and relationships vary exponentially

Zuckerberg, meanwhile, married his college sweetheart Chan whom he met in 2003 at Harvard at their Palo Alto home in May 2012.

12. The two had a history that involved explosions

In 2016, Musk’s company, SpaceX, lost a rocket to an explosion. He explained that the error originated around a faulty oxygen tank. This was a great blow for the company. Coincidentally, the rocket’s payload was also carrying a satellite that was supposed to bolster Internet.org’s (Zuckerberg’s free internet initiative) efforts.

13. Zuckerberg is for simplicity while Musk is for multitasking

In a Facebook Q&A, Zuck was quoted saying, “I feel like I’m not doing my job if I spend any of my energy on things that are silly or frivolous about my life so that I can dedicate all my energy into building the best products and services.” He is famous for his identical gray shirts and hoodies and has kept his home simple. By eliminating the extravagance around him, he is able to focus his energy to the work that he does best at Facebook.

Musk, on the other hand, divides his time between Tesla and SpaceX each week. He sends emails, holds web meetings, and takes care of his five children on top of his wildly ambitious endeavors – all at the same time.

Zuckerberg has an extra-long-haired pal who has his own Facebook following called Beast. Musk has a dog named Marvin, whom he calls the “newest member of the Musk family”.

Like many other famous entrepreneurs, both Zuck and Musk don’t have an official annual salary. On paper, it’s actually $1 but they don’t take it.

Have something to add to the list of similarities and difference between Mark Zuckerberg and Elon Musk? Comment them below.

Klaris Chua is a passionate content creator who has written a lot about cloud communications, particularly in the fields of web meetings and team collaboration for RingCentral. She has a trained eye in digital design and print magazine layout.