Facebook Dating App – Everything You Need to Know About

Posted on April 1st, 2019 by Quertime Writer in Social Media

What is the Dating App?

On November 9, the leadership of Facebook announced launching the new dating service in Canada and Thailand. New features were also introduced by the social network. One of them, so-called Second Look, will allow the members to re-like someone even if they weren’t previously interested in. 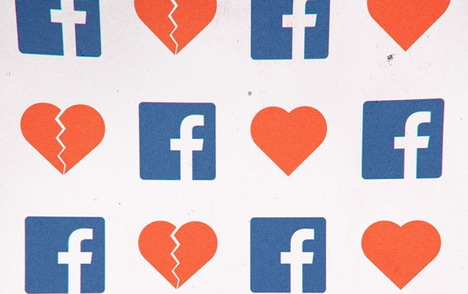 Similarly to this, users of Tinders can have such feature for an additional fee, so they are able to take their last swipe left back. The second feature is about pausing the profile in Facebook Dating app when a user wants to take a break from using it, or they have started a serious relationship, so the need of looking or meeting other people has fallen off.

The Dating app has also been publicly tested in Colombia since recently. The initial announcement of the service took place n May 2018, as you can see the market broadens and is expected to take over other countries in the future as well. As of today, users from the age of 18 are able to sign up in this app and hope for the matching algorithm to seek for the best candidates for them. Even the earliest interface of the app looked promising, and it has already become loved by those who expect long-term relationships from dating apps rather than look for hookups. So, if you are looking for Russian wives, this service can come in handy.

How is it Different from Other Apps?

Of course, entering the market of dating services years after such giants like Bumble and Tinder is hard, but Facebook has some major advantages: most regular people already use this social network. And even if Dating only has a mobile version right now; it still does not require additional apps. Simple as it is, you can do with just your Facebook profile. However, many other services, that once again can be owned by Facebook, like Instagram are more popular with youngsters, and we cannot be sure whether this new dating wave will make them turn back to using their parents-preferred social network.

How Does It Work?

As it was announced in May, members of this app will be able to create new separate Facebook profiles for the Dating exclusively. The service claims to only port the information about the age and first name to the new profile, so you will have to fill the rest of the information such as gender, location, the gender of people that you would like to be matched with manually. Religion, school, job, occupation details, height, or the number of children can be also specified.

You can upload only up to nine photos to your profile as well as post your answers to the ice-breaking questions that the system provides you with itself. There are currently twenty questions to give your answers to and choose from. Among them is «How does your best day look like?» You should choose among the possible variants, as for now, there is no option of writing your own. But maybe they won’t change this feature, so the matching process works better, and this is more comfortable.

When you set your profile, a special algorithm will seek for your potential matches, using factors and interest you have in common, as well as mutual friends. But people that are already in your friends’ list, as well as those that you have blocked, will not appear in the end result. And you will always be able to report and block users if something doesn’t please you.

It is needed mentioning that the already decided potential circle of matches can be restricted to those located no more than 100 km away; this is the feature common for many dating services like this. In the end, you get a list of people not only having similar religion, orientation, interests, or age as yours but who are living or hanging out not far away from you.

Messages from the Dating service will be stored in the separate inbox, not the one from Messenger; you will not even have a possibility of sharing links or photos through it due to the security reasons. And only after giving your interlocutor your phone number or switching the messaging app, you will be able to swap news articles or photos with your potential partner. Everything for the sake of security.

But of course, some of the Facebook features will interact with the matching algorithms, for example, matching you with candidates attending the same events or having mutual Facebook groups with will be possible.

To sum up, everything that is required from the new app is to be interesting and entertaining. It has the ability to grow into the new dating market giant. With so many apps relying on Facebook and its data for years, it now has a lot of power to leverage all their week and strong sides and use their experience to come up with the perfect up to date dating app.