Posted on May 27th, 2018 by Quertime Writer in Tutorials

Visual communication is one of the most preferred ways that digital media is using to capture the attention of the viewers as it connects faster than any other mode of communication available online. On daily basis, we come across a number of pictures (on brand hoardings etc.) and each of them has a unique underlying idea in it. A cogent picturization is always valuable in the case of web design landscapes, magazines, books, quotations etc.

Adobe Photoshop is the best photo editing software which allows you to create astonishing photos and graphics. This software has made it incredibly easy to alter your pictures with your choice of effects, colors, and other appealing edits. It doesn’t matter whether you an amateur or a professional you can easily edit the pictures on your own with few simple steps. Below, I have come up with the top 30 influential Adobe Photoshop effects tutorials which may be of your interest:

1. Let the Pictures Express the Words

A typography face with a simple message- isn’t it a stunning work of art? With a Typographic Portrait, you can easily transmit your message to the viewers in more understandable and easiest way. Get an easy steps solution to achieve this with the following tutorial!

It can assist you to mix the communicative power of words with images. 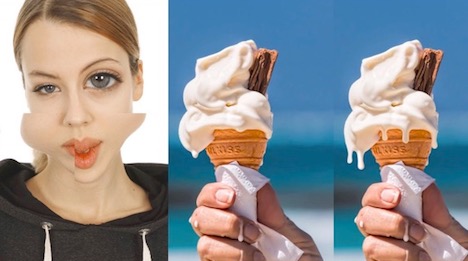 Some people always misconceive Liquify tool of Adobe Photoshop. Undoubtedly, it is most commonly used to serve the purpose of modifying people’s looks and shapes. But it has a lot more creative options to explore. Learn with few easy steps mentioned in the tutorial.

Layer Mask, is tool of Adobe Photoshop which allows you to blend layers of different images together excellently and further creates seamless transitions in between the elements. 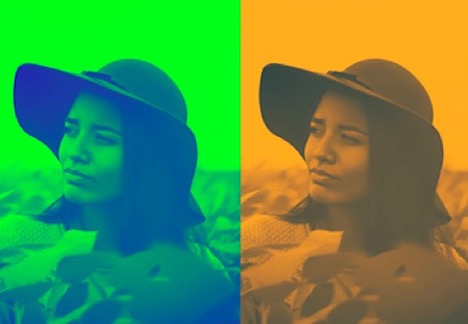 Duotones trend in Adobe Photoshop allows you to create eye-catching designs with beautiful color effects. Now you can easily add a little drama to your dull pictures with daring complementary color schemes of your choice. 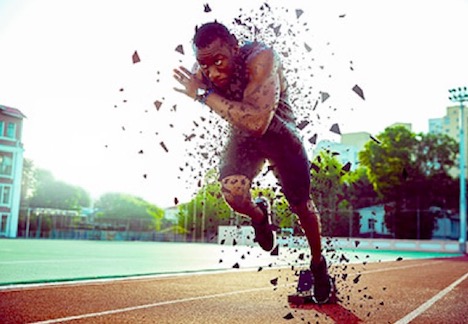 Learn how to create shatter effect in your photographs with Adobe Photoshop while following this free tutorial. By considering these simple steps, you can build the endless dispersion disintegrations in your pictures using shatter brushes.

A 3D text effect/typography is one of the highly recommended Adobe Photoshop effect in 2018. It can add creativity to a boring project also. Lets get started with the following tutorial. 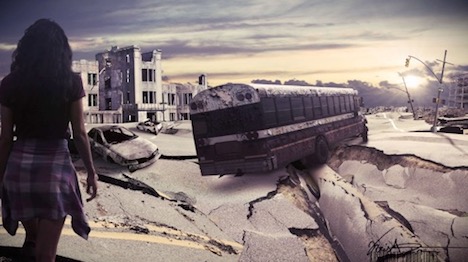 Adding a few of matte painting effects in your pictures give it an epic look. It helps you to use digital photo manipulation in your desired manner. In the ancient times, matte paintings were generally used to depict a hyper-realistic art effect in photography & films. Nowadays, you can use this effect in Adobe Photoshop with a few easy steps:

It is one of the most controversial topics that whether Adobe Photoshop can create true vectors images or not. If you are also one of those individuals who are stuck in between the thoughts, you need to have a look at the below-given tutorial. 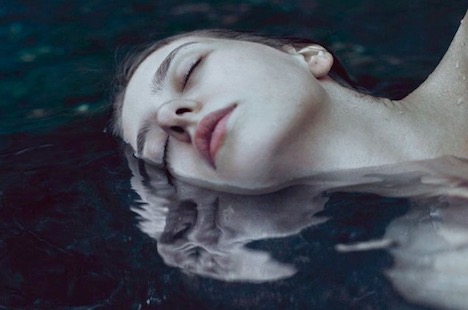 A water reflection effect is one of the best and easiest Adobe Photoshop effect which can be added to your pictures (preferably not containing water) to add a realistic water reflection.

A cartoon style avatar is always more connecting when it comes to describe a character based on an actual personality. Here are some easy steps which you can follow to achieve simple avatar characters while using vector tools in Adobe Photoshop. 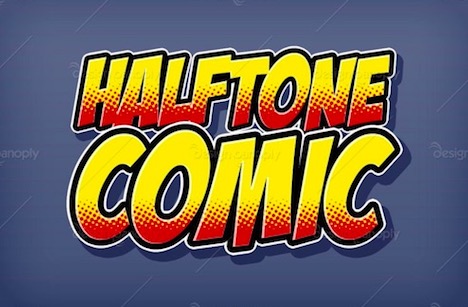 Learn how to create cartoon text in Adobe Photoshop with a few easy steps! In this tutorial, you will come across and get familiar with many different text effects and work with multiple shapes and text.

12. How to Simulate a Long Exposure in Adobe Photoshop?

In general, a long exposure photography is known for designing dazzling photo effects with the streaking colors. With an Adobe Photoshop action, you can easily apply a long exposure in your pictures. 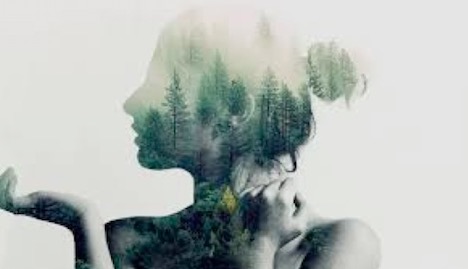 One of the hottest trend viral nowadays is the double exposure effect. In Adobe Photoshop, you can easily merge your two favourite images together.

Earlier in this article, we have went through a tutorial which helped us to achieve a Simple typography effect in our pictures. Now, we have tried to come up. 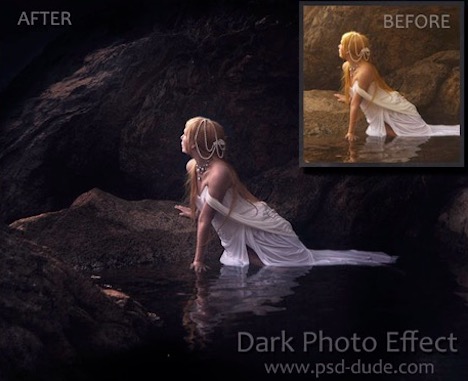 In this tutorial, you will learn to utilize Adobe Photoshop adjustment layers and filters to change your normal picture into a great work of art.

This tutorial will teach you to use a displacement mapping in Adobe Photoshop to create a text effect.

Add a cool watercolor effect to your pictures in Adobe Photoshop using some easy to follow adjustments & filters provided in the tutorial. 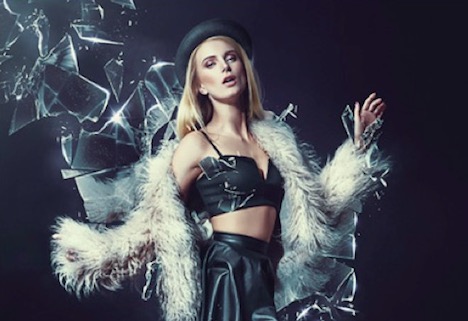 Learn how to add a surreal broken glass effect to your picture with few easy steps mentioned in the tutorial. 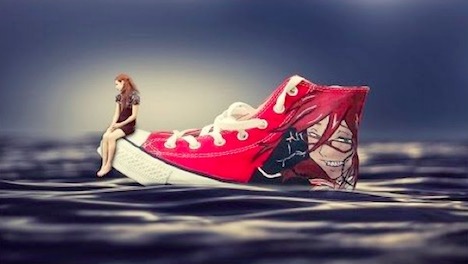 A miniature scene/faking is a term which is used to describe a diorama illusion in a photograph. In this process, a large sized view or object is shown as a miniature model with some camera tricks which is called as tilt-shift photography. But you can achieve this effect in your photographs with some Adobe Photoshop effects. Want to know how? 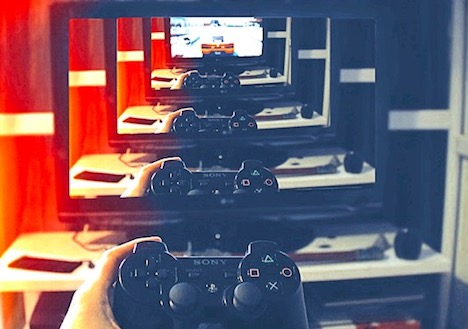 Create an infinity mirror effect in Adobe Photoshop with a great ease by adding picture in a picture.

In this Adobe Photoshop tutorial, you will learn how to add an aesthetic quality of the blur in your pictures with a Bokeh effect.

Add the style of 70s or 80s to your pictures as these styles have never lost their position among the other trending designs. Learn to give an old-fashioned style in your designs with this tutorial.

An antique look never goes out of fashion so does the vintage magic. Learn how to add a realistic vintage portrait to your picture in an old Victorian style. 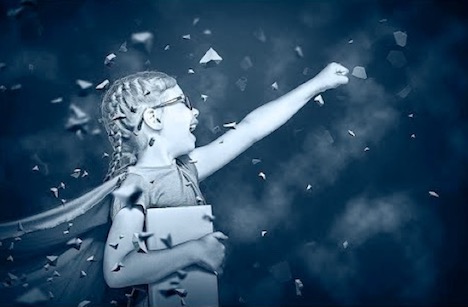 In this tutorial, you will find step by step guide to on how to add a rock blast effect action in your pictures using Adobe Photoshop.

26. Get More Out of Low Resolution Pictures using Noise Tool in Adobe Photoshop

In the above given tutorial we will learn to utilize even low resolution pictures to create a perfect type poster.

Photo to sketch effect is one of the classic Adobe Photoshop effects to create a pencil drawing from a photograph with some featured built-in filters.

Are you curious to know about turning your picture to a sketch? If the answer is yes, you can easily do this with Adobe Photoshop tools in some simple steps. Please have a look on those!

Learn how to add glowing light trails in your photograph to give it a magical look. This tutorial will teach you to achieve this by using simple pen tools with a combination of layer styles.

In this tutorial, you will learn to create an amazing architecture sketch effect in your pictures. It is easy to use tutorial which can be used by even the starters who are opening the Adobe Photoshop for the first time.

The best point about a man’s mind is to manipulate one thing in multiple ways. You can make the pictures depict whatever you want them to. You just need to add a piece of your imagination to the image and rest the Adobe Photoshop can do for you.

Kapil Arora is a skilled web developer at The Brihaspati Infotech – Web Design and Development Company. Besides analyzing technical requirements of the clients, Kapil also writes about conversion rate optimization and other strategies for success.

20 Photoshop Hacks You Didn’t Know About