Updated on February 4th, 2017 by Quertime Writer in People

If you are a regular reader of WikiLeaks, you must be knowing its founder, Julian Assange. Moreover, you must also be familiar with the fact that he is an Australian publisher, journalist and computer programmer who founded the non-profit organization, viz. WikiLeads, in 2006 and has been serving it since its establishment as editor-in-chief. 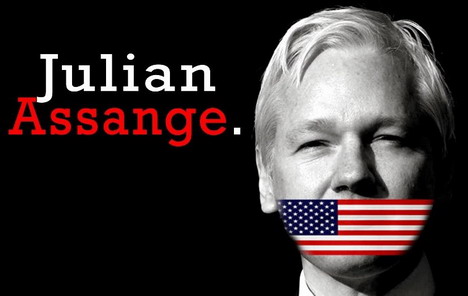 Though you may have good information about Mr. Assange; however, with the release of The Fifth Estate in 2013, many of us have become excited and curious to more about the legend. Therefore, I have come up to update you with 20 Interesting facts that you might not be aware of about Julian, stated as follows: 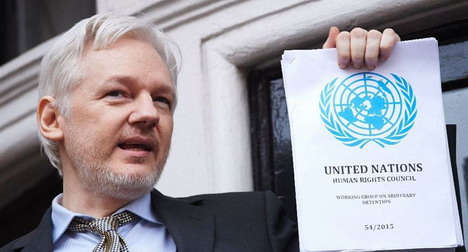 2. His mother, Christine Ann Hawkins is a visual artist, and his biological father, John Shipton, is an antiwar activist. However, the couple had separated even before his birth. Astonishingly, he was 25 when he first met his father.

3. He spent his early childhood on an old abandoned pineapple farm, calling this period as pretty Tom Sawyer and adventurous.He recalls attending 37 different schools and moving over 50 times throughout his childhood.

4. His mother believed that a formal education system would infuse an unhealthy honor for authority in her kids and affect their curiosity to explore and will to learn new things.

5. As a teenager, he was a co-author of the famous book Underground: Tales of Hacking, Madness, and Obsession on the Electronic Frontier.

6. He got married in his teens with Teresa. And in 1989, when he was 18, they gave birth to a son, named Daniel Assange, who is a software designer. However, the couple is now separated. Julian took primary care of Daniel for much of his childhood, spending 14 years as a single father. However, after a long court battle, he reached a custody agreement with his wife. Though most of his life he had no home, he spent much time in Sweden.

7. He began hacking at the age of 16 in 1987 under the name Mendax, meaning nobly truthful. Therefore, he is also known as “the Robin Hood of hacking.”

8. He studied physics and programming with keen interest and deep focus on pure mathematics at Central Queensland University in 1994. However, he averaged in his results accomplishing about a D grade. He attended the University of Melbourne from 2003 to 2006; however, he couldn’t complete a degree. Eventually, he dropped out putting his focus on WikiLeaks. 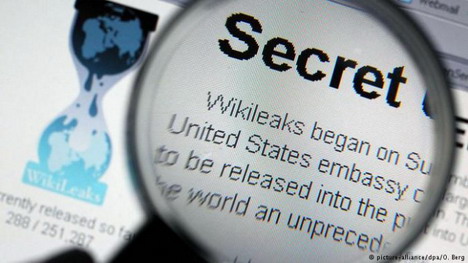 9. He is part of a cyberpunk movement that asserts that individuals and mathematics are mightier than superpowers. He believes in collective and social well-being. According to him, he has been politically inspired by anti-Stalinism, radical U.S. traditions like the Black Panthers,and Aleksandr Solzhenitsyn rather than anarchism.

10. Assange is well-known for being paranoid, argumentative, and self-absorbed. He is well-mannered with everyone and kind towards kids; however, lacks personal hygiene and often forgets to flush the toilet. Therefore, he may not be anyone’s ideal house guest.

11. He has been threatened by the British bank Northern Rock, the Church of Scientology, Swiss banks, the Pentagon, and Russian offshore stem-cell centers. Moreover, Kenyan President Daniel arapMoi also alarmed him in 2007 for publishing “The looting of Kenya under President Moi” on WikiLeaks.

12. He was confined in the London’s Ecuadorian embassy for one year. The Metropolitan Police told they would do their best to arrest him if he leaves the embassy. Therefore, during the initial two months of his confinement, Fidel Narváez, the consul, slept at the embassy to maintain and prolong a diplomatic presence all the times with the aim to save and protect Assange from police violence.

13. On Julian’s 41st birthday, i.e. July 3, 2012, he sent a cake to all of the demonstrators expressing their objection over his confinement at the embassy.

14. In order to raise some funds for WikiLeaks, Assange has entertained some famous celebrities and renowned artists such as Lady Gaga, John Cusack, M.I.A., and others while at the Ecuadorian Embassy.

15. He urged Benedict Cumberbatch not to perform in the Fifth Estate movie, calling it a “massive propaganda attack.” Moreover, he got published the script for the film on WiliLeaks, giving it a terrible review.

16. He is expert at influencing people through his way of communication and behavior. And his paranoia is contagious. Therefore, while in Sweden, he was thrown out of a lady’s house since she was afraid that the CIA would reach knocking at the door and find him.

17. He believes that “One of the best ways to achieve justice is to expose injustice.” Since WikiLeaks has revealed various hidden political agendas and truths, there are some higher-ups who are calling the organization to be labeled as a terrorist institute. Multiple conspiracies have already been planned and executed to put an end to the organization and its founder.

18. Admitting his concerns for his family, he told that his family had been subject to death threats and harassment because of his work, forcing them to change their names and identities and reduce his communication him.

19. He dislikes sharing personal information with everyone. And as his past works have caused several threats to his life, he is known to interact with friends via encrypted cell phones. Moreover, he only uses cash for payments and often travels under false names to hide his identity. In his book Cypherpunks: Freedom and the Future of the Internet, he said, “The internet, our greatest tool of emancipation, has been transformed into the most dangerous facilitator of totalitarianism we have ever seen. The internet is a threat to human civilization.”

20. According to him, he practices “Scientific Journalism” backed by research and investigation. Just as scientists provide their hypothesis and raw data with their analysis, similarly, he delivers sources for people to confirm the news and make their own decisions based on the sources. Moreover, in his book Julian Assange: The Unauthorised Autobiography, talking about journalism, he says, “Reality is an aspect of property. It must be seized. And investigative journalism is the noble art of seizing reality back from the powerful.”

Mool Manoj Khatri is a research writer and contributor at www.scrubpoint.com. He loves doing yoga in the morning, enjoy friends’ gathering in the evening, and having dinner with family in night.

20 WikiLeaks Most Explosive Revelations and Scandals

20 Uber Secrets You Should Know