Posted on June 7th, 2017 by Quertime Writer in Social Media

A couple of months ago, the supermodel and Victoria’s Secret angel Miranda Kerr – who also happens to be the fianceé of Snapchat co-founder Evan Spiegel – spoke out against Facebook’s supposed theft of her partner’s ideas.

“When you directly copy someone, that’s not innovation. It’s a disgrace. How do they sleep at night?”, she asked in an interview with The Times.

Kerr has a point.

In August 2016, Facebook-owned Instagram introduced a new feature called Stories that bore a strong resemblance to Snapchat’s feature under a similar same name. And that wasn’t the first time Facebook cloned some features of Snapchat into its products such as Instagram, Whatsapp, and Messenger.

Here are 7 reasons why Facebook wants to take over Snapchat so badly.

Facebook made it clear it wants Snapchat a long time ago. When the acquisition project didn’t come through as planned – Mark Zuckerberg attempted to buy Snapchat for $3 billion in 2013 – the company decided to copy Snapchat’s core features.

Facebook wants to either kill or acquire Snapchat because the network is one of their biggest competitors.

2. Snapchat is a rarity on the social media scene

Experts claim that Snapchat is one of the very few companies that could actually challenge Facebook’s domination in the social media sector. And no wonder – Snapchat’s features resonate with younger consumers who prefer intimate modes of communication.

That puts Snapchat at war with other social networks interested in that consumer segment. Have a look here to learn more about the rivalry between Snapchat and Twitter.

3. Snapchat is a powerful business

The innovative idea behind Snapchat made its co-founder Evan Spiegel the first self-made billionaire born after 1990. And that’s more than enough to catch Facebook’s attention. 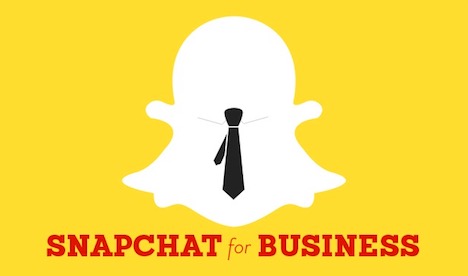 In 2016, Snapchat hit $404 million in revenue which is way higher than what the Snap team set out for, but in line with analysts’ estimation.

A typical daily user of Snapchat opens the app 18 times a day and uses it for 25 to 30 minutes. Moreover, 60% of these users are creating Snaps and using the built-in chat feature every day. 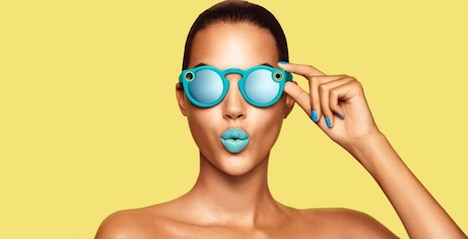 Facebook or Instagram users might on average spend more time using these apps. But Snapchat’s reopen rate is unparalleled on the social media scene. Potential advertisers could become interested in that – Snapchat offers more individual instances in a day that could allow brands interact with users multiple times.

5. Snapchat has a very attractive user base

Ever since its inception, Snapchat has been very successful at capturing the attention of young consumers. The app’s largest user base segment is between 18 and 24 years old. In fact, that age range represented more than one-third – or 34%, to be precise – of Snapchat’s user base in 2016.

That group is followed by users who are aged between 25 and 34. This group represented 27.0% of Snapchat’s US user base in 2016. But wait for this – the fastest growing age group for Snapchat in America is young teens.

eMarketer predicted that in 2016, the segment of users who were younger than 12 years old would grow by a smashing 42.9% this year.

6. Snapchat is a trendsetter

Why was Snapchat so successful? 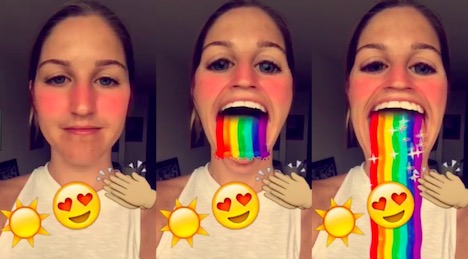 Because it revealed something we didn’t know about the camera in our smartphones. People like to use it not only to take pictures and document their world, but also to communicate.

It’s hard to believe that Snapchat was at first dismissed as a sexting app. Turns out that a right idea and great design paired with a camera can offer a new mode of communication that’s so much more meaningful than text.

Snapchat addressed and fueled the rise of visual communication, and now other companies are trying to get a slice of that cake.

According to research from eMarketer, in 2016 Snapchat’s American user base was expected to grow by 27.2% to 58.6 million users. The report further predicted that by 2020, Snapchat would add 26.9 million users in the US, which is the double of the number of users brought in by Twitter and Pinterest.

However, many industry insiders noticed that Snapchat’s growth in 2016 was hindered by the introduction of Instagram Stories. That’s pretty much confirmed in Snap Inc.’s recent IPO filing.

But things changed during the following quarter. At the beginning of August, Instagram launched its Stories feature which was a clone of Snapchat’s functionality. By October, Instagram’s Stories was used by 100 million users.

And that’s when Snapchat’s growth rate slowed down – to a point that it experienced its lowest percentage growth quarter ever since they began to publish the data in 2014.

In the third quarter, Snapchat grew by just 7%. And in the last quarter of 2016, its growth rate was a mere 3.2% – around one-fifth of the speed from the figure noted two quarters earlier.

Meanwhile, Facebook enjoyed a growth of 4.2% in the last quarter of 2016, reaching 1.23 billion active users.

Snapchat owes its success to the timely response to a critical change in consumer behavior.

People are interested in more intimate one-to-one or one-to-few styles of communication – in opposition to the public, broadcast-style sharing across a social platform or even the entire Internet.

Younger consumers don’t have strong ties to traditional social networks and are far more likely to choose Snapchat over Facebook for sharing their stories and communicating with friends.

Snapchat’s growth rate might have been severely affected by Facebook’s aggressive move, but that doesn’t mean the app will fall into oblivion.

What’s in store for Snapchat?

Snapchat is working on user experience as well – the recent revamp of the app included a brand new search bar that helps users find new people to follow or return to conversations they’ve been having with friends.

Instead of focusing on boosting their growth rate, the company might turn their attention to the valuable user engagement and put more emphasis on expanding to other markets.

Alana Downer is a financial expert and business and finance blogger, currently working at Learn To Trade, experts in the field of investing and trading. Alana is also a huge fan of financial independence and often shares her stories with readers online.