10 Things You Need to Know About Qualcomm Snapdragon

Updated on August 5th, 2018 by Quertime Writer in Hardware 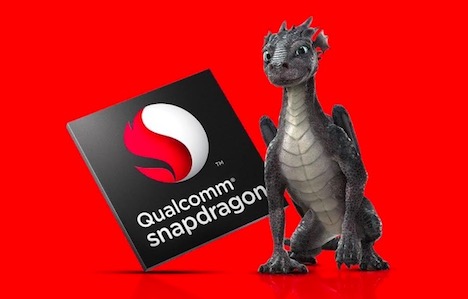 In fact, its scope has diversified to include the latest Windows 10 hybrid laptops also. With that, it would be reasonable to expect that there could be nothing more important in the world than a processor as amazing as Qualcomm Snapdragon.

However, while there is no arguing the importance of this particular processor or its scope of action, there are some things that you should be aware of regarding the same, before you blindly tumble into purchasing products that contain the Qualcomm Snapdragon. Here are ten of them:

1. The clock speeds and consumption of Qualcomm Snapdragon 835 inside a PC 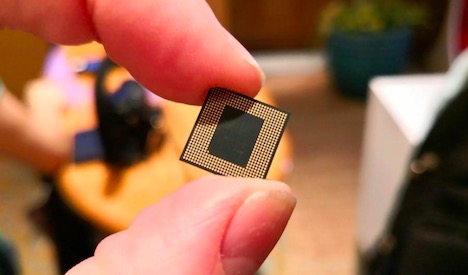 As of now, the hybrid laptops running on the Snapdragon 835 will not be using a fan design, but instead operate along the lines of Intel’s M series processors. Upon testing of the same, the power draw has been seen to remain within the 5W envelope while the processor itself has shown to be running at 2.21GHz speeds.

2. Efficient and high speed performance of the CPU

It would also be worthwhile to note that one of the aspects of the Snapdragon that have been touted as its most unique feature to date is the fact that the CPU gives far better battery life. The mystery behind it is really not all that difficult to fathom. The devices that do use the latest version of the Snapdragon have featured extraordinary battery life as one of their key specialties. Snapdragon does provide for more efficient battery usage by ensuring that the CPU within the device is able to work in a smarter manner. When conducting any operations, the CPU only utilizes those parts of the processor that are actively involved in conducting that particular action; the rest of the processor is allowed to shut down. The biggest benefit of doing so is that the processor is able to work faster, better and longer, eventually providing much better performance and battery life on the devices it supports also.

3. The Tile based Foveation system 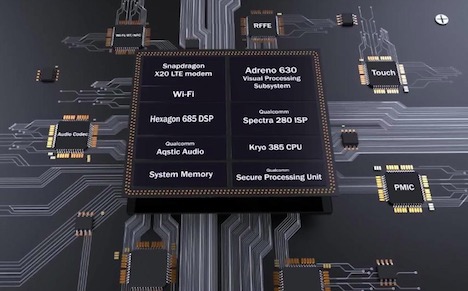 One amazing way for Snapdragon to really save power and improve on the performance of the device, is by using the Tile Foveation method. This basically means that the system will employ Snapdragon’s eye-tracking system and use it to make the area that the user’s eyes are focused on appear in greater detail as compared to the area around it. This also means that energy usage can be minimized and the frame rate, even with games that focus intensely on graphics, can be run smoothly on the system.

4. Snapdragon processors can help enable some of the best, and fastest, 4G LTE connection speeds

Online, there is only one thing that really matters, the connection speed your carrier provides you. But what happens when, although your carrier is providing you with a truly excellent connection, you are still unable to get the fast downloading speed you were hoping to get? This is where the Snapdragon comes in. Snapdragon processors can help devices to provide the relevant support so that users can experience superb, 4G LTE speeds, amazing navigation, both indoors and outdoors, as well as support for all the latest Wi-Fi and Bluetooth connections around. 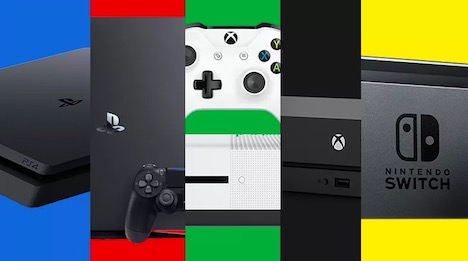 Who wouldn’t want to play console-quality games all the time, especially on handheld devices such as your smartphone. Well that is just what the Snapdragon processor allows you to do now. The processors obviously superior graphic technologies have been designed to give smartphone gamers the experience of a lifetime.

Snapdragon processors come with in-built abilities to allow for superior audio, camera and video qualities so that you can easily capture HD quality videos on your phone or tablet and then play them back home, both on your devices or on your HD TV and relive those special moments all over again.

Qualcomm had not, so far, focused too much on the way that their processors could interact with AI devices, but with the Snapdragon 845, all of that was corrected. Snapdragon 845 now focusses (at least thrice as much as the Snapdragon 835) on making AI devices smarter. The enhanced focus has been brought about by the combined improvements that were likewise made to the processor’s CPU and GPU and the addition of the 3rd generation of Vector DSP, complete with the Hexagon 685.

Just as important as any functionalities is the presence of the devices themselves. So far, the Snapdragon offering had only featured their 800 series for bigger devices and the 600 series that were most popular with mobile devices. Now however, with the Snapdragon 710, released in the 2nd quarter of 2018, the processor has brought its signature performance to mid-range phones also.

Instead of just going with the hardware security offering that was the norm, Qualcomm has finally introduced an isolated, security subsystem within the Snapdragon 845. This will help to save any biometric information such as the user’s fingerprint, their iris detail, facial scans, and enhance the existing security system in the Qualcomm series. The hardware may further be utilized to save application security keys that have been used for encryption and save them from potential security breaches occurring at the software or app levels.

10. Faster charging that should definitely appeal to you!

The Snapdragon’s latest versions also include fast charging, Quick Charge 4+ to be exact, so that all devices that have this particular processor can charge up to 15% faster than previous models, charging will be 30% more efficient and the devices will remain cooler also. What more could you ask for? So, which Snapdragon model does your device have?

Owen Garner is a freelance writer who not only provides academic, ProEssay to students, but also blogs about technology in her free time. She is a graduate with a degree in Computer Science.

Wireless Charging: 10 Things You Must Know