Posted on November 5th, 2017 by Quertime Writer in Mobile

A curiosity ends with the introduction of iOS 11 on 5th of June 2017. It is the next-generation version of iOS. This update takes the best and most advanced operating system and turns it up to 11. But with iOS 11 was released to the public on 19 September 2017 and since then, there have been two distinct updates to iOS 11.02 which fixed the earpiece noise during phone calls; and the major iOS 11.1. 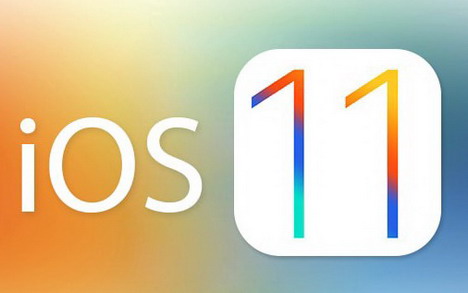 iOS 10 was an operating system update that largely ignored the iPad, but Apple made up for it in iOS 11 with a range of iPad only features that cater to users who want to use the tablet as a full PC replacement. 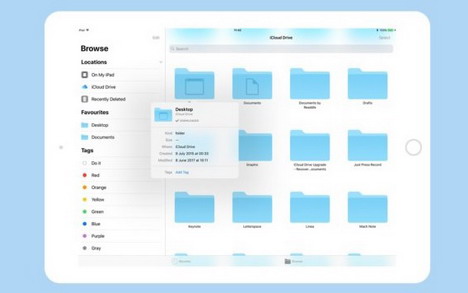 The new Files app in iOS 11 is a system-wide feature; it allows cloud document management apps to register as file providers and display their cloud-based contents inside of the app along with iCloud Drive files. In addition, apps that work with files can display a new system controller that will let users pick a file from a modal file browser. The Files app has become more organized, with this good improvement, a search function for stored contents becomes quick and easy on an iOS device. The files management is automatic and very helpful to pro iOS users.

One of the big surprises at WWDC ’17 was that Apple is entering the augmented reality (AR) game in a huge way with the introduction of ARKit. This new framework lets developers create AR experiences in their apps more easily since the framework can handle accurately tracking the real-world objects in the frame, helping apps with the placement of virtual objects for more visual realism. 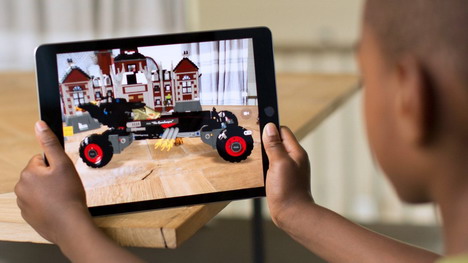 ARKit can also automatically detect horizontal planes like tables and floors and can estimate the lighting and provide values to apps in order to help to light virtual objects for a more realistic look.

Apple’s new Drag and Drop for iPad is a new tool that, like it sounds, allows users to move items across different apps in the same way to what we experience on our computers. But applied to the touchscreen, Apple created a couple of nifty sub-features. For one, users can grab a piece of content by pressing and holding on it — and then it becomes pinned to your finger. Another wrinkle, you can grab multiple pieces of content using different fingers. Apple has yet to enable the feature on iPhone, though it reportedly exists and is not accessible via the user interface, so expect that Apple may eventually give developers access to it.

CoreML – a Powerful Feature of iOS 11 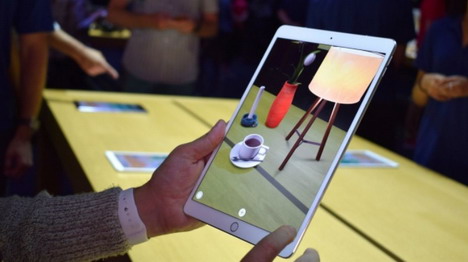 What is VIO? A combination of Core Motion & Camera vision lights the VIO that Visual Inertial Odometry. VIO analyzes camera data (“visual”) to identify landmarks it can use to measure (“odometry”) how the device is moving in space relative to the landmarks it sees. Motion sensor (“inertial”) data is used to fill in the blanks in providing complementary information that the device can compare with what it’s seeing to better understand how it’s moving in space.

Since Apple Music was uncovered at WWDC ’15, it has become a hit, with more than 27 million users worldwide. The online streaming music service has been unlocked and become available to all developers with MusicKit.

This new framework available in iOS 11 lets developers access and download data from Apple’s servers about songs and music available through the service, as well as play users’ Apple Music songs, playlists, and special content through their own apps. In addition, MusicKit provides a way for developers to present a join screen if a user isn’t already a member of Apple Music; developers can even enter their Apple Music affiliate program code to earn commissions on each membership purchased in their apps.

This conversation never goes end. The developers can utilize the maximum benefits to create better user experience. iOS 11 has become a new beginning for the developers, especially for iPhone App Development. So just enjoy the new features and produce mind-blowing apps using iOS 11.

Bhavin Oza is a content writer and researcher of fresh technology at iMOBDEV Technologies. He is currently researching on web platforms like PHP frameworks.