Updated on September 23rd, 2015 by Quertime Writer in Hardware

Every smartphone comes equipped with a built-in camera these days, and imaging technology for phones is becoming more and more advanced. Due to the widespread use of social media, and the ease of uploading, sharing, and editing photos right on your phone, developers are striving to have the best camera in the smartphone industry—for some users, it is the most important feature. As you know, not all smartphones are created equal, and this is especially true when it comes to camera features and apps. 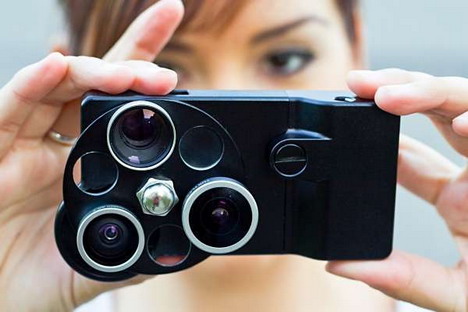 If you are concerned about the camera capabilities on your phone, there is a lot to compare between smartphones. While many popular smartphone brands have the latest in camera technology, you also need to consider the apps and programs that will be specific to your phone or operating system. Read on to learn about the smartphones with the best camera, and see which one best fits your style. 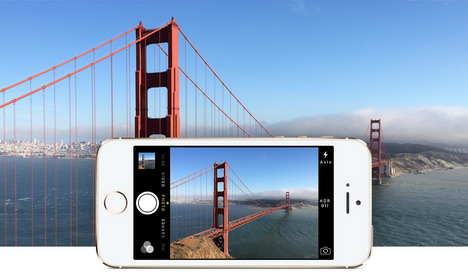 In the latest iteration of the iPhone (until #6 hits the scene this fall), the 5s sports a 15 percent enlarged camera sensor, allowing for much clearer and brighter pictures. It is also equipped with a dual LED True Tone flash that allows for better lighting than its predecessor. You can use “burst mode” to shoot multiple pictures in a row, the iPhone then calculates the best image for you, or you can choose your favorite.

If you are into editing photos, the iPhone app store also has a wealth of programs available to enhance your photographs. The Camera+ app includes many photography features that aren’t included in the standard camera application that comes with the iPhone 5S, and has endless possibilities for editing. It’s also less than $2 for iPhones. The VSCO Cam app allows you to create “grids” of your own photos, and follow popular photographers as well. If you are intrigued by photography, VSCO will provide you with daily inspiration and also provides a place for your own work to get discovered. Lastly, the Pro Camera 7 app has helpful features for those smartphone photographers who like to play with lighting and exposure, instead of snapping a plain old picture. 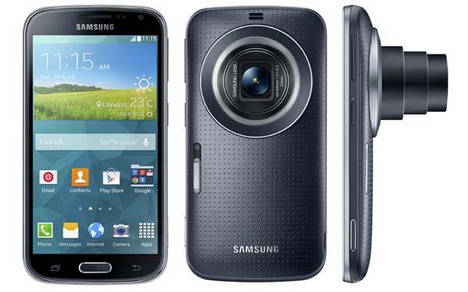 With real telescoping and built-in 10x optical zoom, the Samsung Galaxy K brings the best image quality for distance photography. On generic smartphone cameras, digital zooms artificially crop the image and drastically reduce the scope and quality of the photo. If all your Instagram posts and Facebook albums feature gorgeous landscapes, hilltop views, and need an air of adventurous and outdoor spirit, the distance photography features on the Galaxy K is just what you need. Be aware that the Galaxy K’s 20.7 megapixel camera does make it more bulky than other models, weighing 155 grams more than the S5. 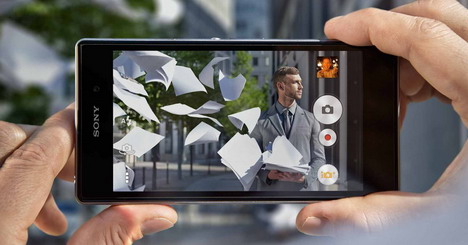 Unlike many generic smartphone camera’s Xperia’s 20.7 megapixel camera phone comes preloaded with a wide variety of applications for photographers. It can also be completely submerged in up to 5 feet of water, which is a comforting thought for the adventurous photographer. Additionally, the Xperia has Timeshift Burst, which allows for 61 shots in 2 seconds, allowing you to pick the best moment for your picture.

Sony offers the Info-Eye app for Xperia users, which allows you to photograph locations or objects and the app automatically brings up information about them right on the screen. For example, you can snap a shot of a historical landmark, or an old book, and the app software pulls up a small information box that provides a written description of the item or location. This is a fun way to get information on the go, instead of stopping to Google something. 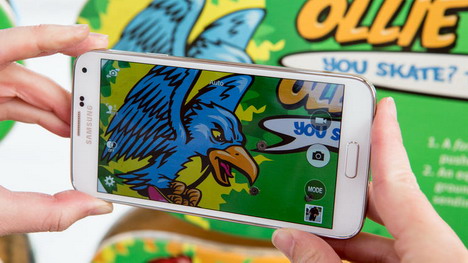 The S5 sports both a powerful camera and user-friendly editing program that customers like. The Real Time HDR allows for high dynamic lighting, letting more detail come through in your shots. Similar to the burst shot features on the other smartphones, the S5 includes detailed options for burst shots like “best shot,” or “best face,” so you can get the perfect shot depending on your focus for the photo. The Shot & More app has been popular among users because it allows for serious editing right on the phone. Shot & More lets you apply photo enhancements including facial recognition, clean up tools, and focus editing—many of these features are typically done on a computer, but the Galaxy S5 allows you to make changes right away on your device. 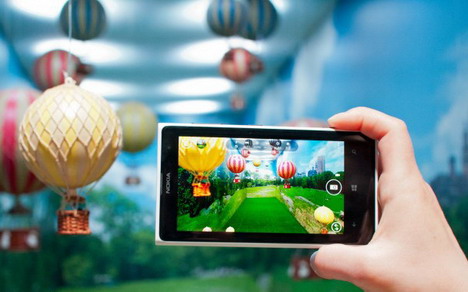 You probably remember commercials introducing the Nokia Lumia as the first camera that is also a smartphone—this device was obviously designed specifically for taking photos. Powered by a 38 megapixel sensor with Carl Zeiss optics, the Nokia Lumia is the best camera phone available that still fits comfortably in your pocket. The sensor takes 38 and 5 megapixel shots simultaneously, allowing you to pick the best quality for your photos. The built-in Nokia Pro Camera app allows for greater manual control over the camera’s focus, shutter speed and effects than a typical standard app does. While the Lumia provides a good built-in camera, advanced apps are still in development for further features and editing.

The convenience and power of camera phones continue to be refined with each iteration, and users can only benefit from the fierce competition between developers for the best camera. If you aren’t happy with your phone’s camera features, look into camera apps that give you more freedom with lighting, exposure, color, and more. When choosing a smartphone based on camera capabilities, you have to consider what kinds of pictures you take, and the editing features that are most important to you. Consider how much power you need, and for what purpose, and there’s likely a smartphone camera out there with your name on it.

The information for this article was provided by the smartphone experts of SellShark who offer an Apple iPhone trade in program for customers with outdated or damaged iPhones.