Posted on August 17th, 2017 by Quertime Writer in Mobile 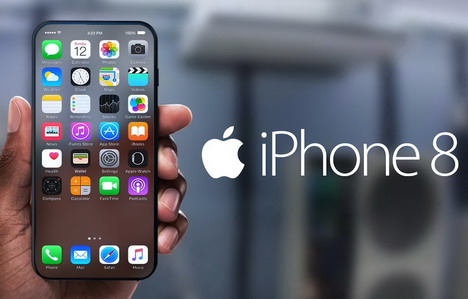 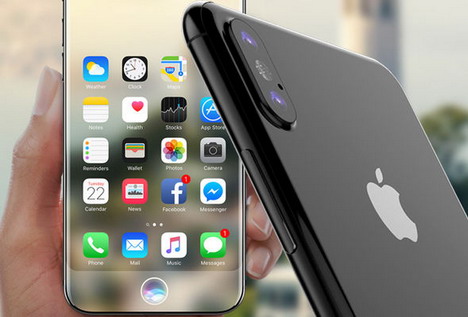 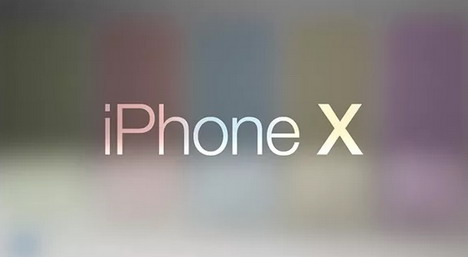 Instead of continuing with the numbered names, Apple is taking a page out of Android brand books and choosing something a little different. The newest iPhone will be named the iPhone X instead. While some think this is merely a pre-launch nickname, it may turn out to be the actual name of the phone. 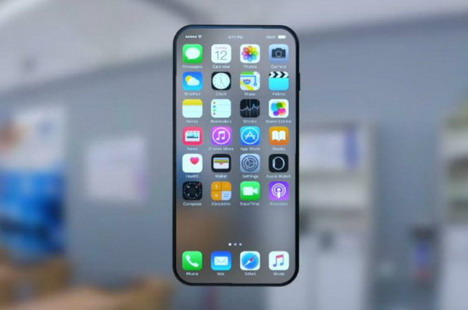 One of the most unique features of the new iPhone is the enlarged screen. Leaked images confirm that it will reach almost to the edges of the front body. With just enough space for the camera and mic, the new screen style gets rid of the iconic home button that has graced the front of the iPhone for years.

The company has made some concessions on previous model sizes — a longer phone debuting every year:

Even though there’s now less space on the front for the camera, reports are saying that there will in fact be multiple front facing camera nodules. There is no word on how this will affect the camera’s features, but it wouldn’t be too much to hope for a Professional Mode, as well as enhanced video speed, panorama mode, better AR functions, and slow motion photography.

There are also reports of a new dual rear camera in vertical alignment. 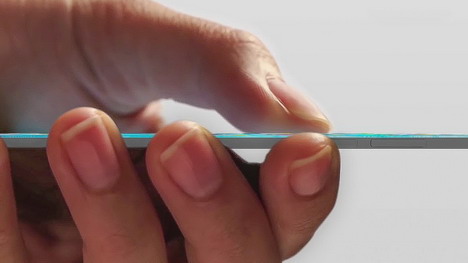 The iPhone has built much of it’s following being the thinnest and lightest phone out there. The thinnest iPhone so far has been the iPhone 6 at 6.9 mm, but there are new reports for the iPhone X thinning out even more due to a thinner (or nonexistent) front bezel on the Y-axis.

While there are been test units with a Touch ID under the glass, they have not been performing well and nobody is sure whether or not it will make the final cut. Many people are holding out for the Touch ID feature because it does more than unlock your Home Screen — it can also make purchases in the iTunes store! 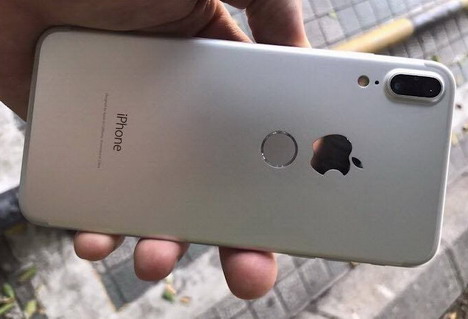 There were early reports that indicated Apple may include a rear fingerprint scanner on this new model, but it seems they have dispensed with the idea. With the changes in screen size and home button location, a rear finger scanner may not have been a bad idea. 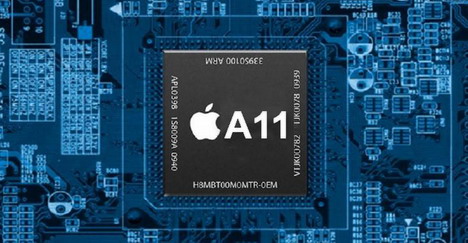 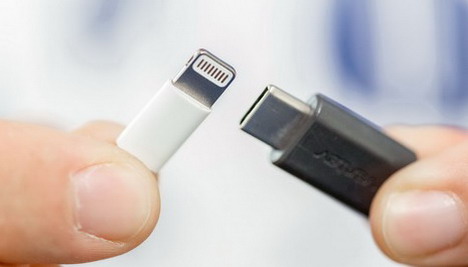 Some Smartphone manufacturers, like Motorola, have chosen to switch over to the USB-C. Apple has always been an outlier with their chargers, ensuring no other accessories fit with their phones unless they’re purchased from Apple. This trend will continue with the Lightning port in the iPhone X. 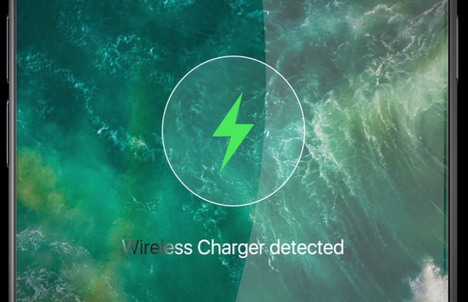 Wireless charging has been available on many Android models for years, and here, Apple is finally catching up to the demand. For their new phone, you’ll be able to charge wirelessly via a rear panel on the back of the phone. You’ll still have to purchase an Apple brand charger though, as the wireless charging isn’t likely to be compatible with what’s already on the market.

When Apple bought AuthenTech in July for $356 Million, people took it as a sign that Apple’s phone security and identity verification features would soon be very advanced. While AuthenTech specializes in fingerprint scanning technology, the recent negative reports of Touch ID may kill this partnership before it even starts. 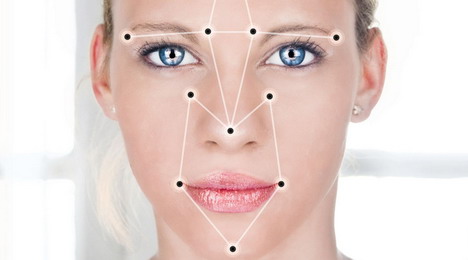 Just in case the fingerprint scanner doesn’t pan out, Apple already seems to have a backup in the works. There are rumors suggesting that the newest version of the iPhone will have infrared-based facial recognition. You’ll be able to unlock your phone without using a scanner or a passcode. There are references to a facial recognition feature (nicknamed Pearl ID) in the HomePod firmware, which bodes well for those who are ready to unlock a phone with their face.

While it may seem like something out of a spy movie, it sounds like there is also a retina scanner on the table for the new iPhone. With so many authentication features in the scope of work it seems like Apple has tons of built in redundancies for unlocking their new model phone. 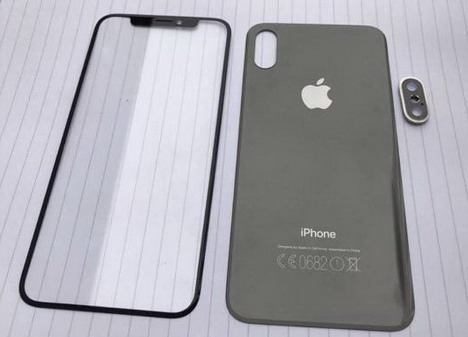 Many people like a metal body for their phone, as it looks and feels sleeker, and can disperse heat better in some cases. iPhones used to have an aluminum unibody, but it sounds like overheating and obvious scratches on the body are a turnoff for the manufacturer. The new body will be made of composite glass, which won’t be as fragile as most people think, and it’s highly scalable — allowing Apple to reduce the cost of manufacturing.

Since the rumors about a larger screen are turning out to be true, the infamous Apple Home Button will need a new place to rest. Two of the most popular theories have the Home Button as a virtual spot on the screen (like you’ll find in the Motorola Droids) or on the right side of the phone (like in the Samsung Galaxys). It may even have both! 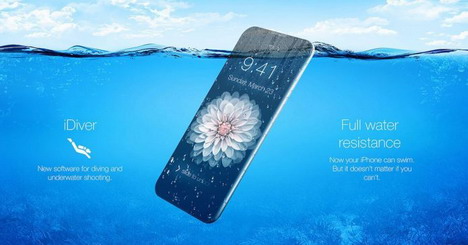 Don’t confuse water resistant with waterproof. Water resistant refers to how deep under water you can place a gadget before the water pressure destroys it. There are a few international standards that determine a phone’s water resistance, including IP67 and IP68. While there is word that the new iPhone will be water resistant, there is no information on how high their rating is.

All these promised features mean a lot of excitement for consumers, and tons of anticipation for the release. Unfortunately, production is reportedly delayed and you’ll have to wait a little longer before you can get your hands on the latest Apple phone.

Gary is a coder and freelance writer who also runs his own blog and website called GarysHood. He likes to publish technology oriented guest posts on a number of digital platforms. In his free time he creates programs, like his popular auto clicker and auto typer download.