Over the past decade, 3D technology has seemingly come into its own. The biggest blockbuster movie releases come in 3D variations, 3D printers are on the rise, and now smartphones have even tried to dabble in this technology as they seek to differentiate themselves from a crowded and competitive marketplace. Although the idea of a 3D smartphone isn’t exactly a new notion, the idea of a smartphone that has working 3D features that consumers actually use has yet to hit the market. The real question, however, is whether or not 3-dimensional interfaces and features matter in the mobile phone space. Is this something that could benefit users, or is it a gimmick meant to drive sales and benefit the marketing department of a major manufacturer? 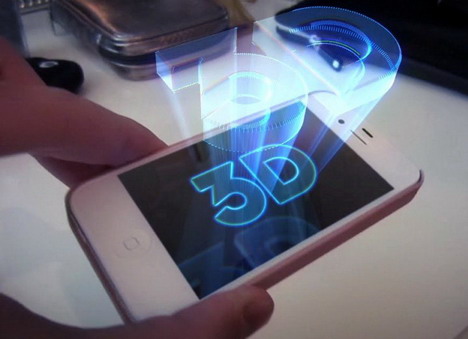 We know that the goal of every major mobile phone producer is to come up with a way to top their competitors, which has resulted in several ridiculous features that aren’t necessary, but designed to attract consumers. Although this technology is still in its beginning stages, it is still intriguing—especially if it works. Read on to get a better idea of the true potential of 3D smartphones and whether or not it’s a legitimate feature, or a marketing ploy to attract customers.

3D Has a Disappointing Past for Smartphone Users

Once upon a time, both HTC and LG announced that the future was here: The smartphone interface had gone 3D! People were excited about this news, especially since this was during the rising popularity of 3D televisions and movies. Consumers were eager until they got their hands on each of the respective devices and performance fell short of promises and expectations. At that point, they became disappointed with the feature’s lack of user-friendly qualities, and poor performance over all. The feature was inconsistent, and often produced hard-to-use interfaces with illegible menus and fragmented applications. Additionally, the quality of images was so poor that it wasn’t worth it to use the feature. It wasn’t even particularly useful on the home screen, either. Most people turned the feature off since it started to be more of a bother than a cool features. 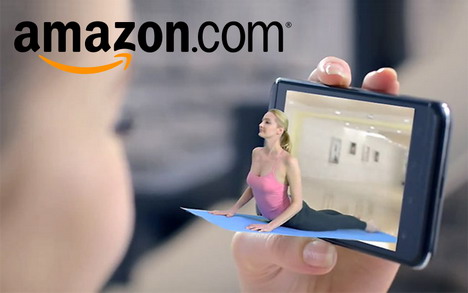 The future is here again. Amazon has released a new smartphone that leverages the power of 3D interfaces, eye tracking, and glasses-free immersion in a multidimensional world. Will it matter? Most experts agree that the feature is still largely in the gimmick phase: There are currently no useful applications of 3D outside the movie theater, and virtually all applications available to Android customers are designed for 3D use. That means a poor translation of user interfaces, a disjointed experience, and all of the same negative factors that forced HTC and LG to pull their 3D models. Even if the technology runs smoothly now, the failure of the first-round attempt of 3D smartphones has left consumers cautious of the feature. It will likely take some convincing before smartphone users are spending their pretty pennies for a new 3D phone. Every smartphone company is eager to be the first to taste 3D success, however, this has caused a serious rush on the release of these devices. A premature release likely means that bugs have not yet been worked out yet, which will no doubt result in dissatisfied customers once again.

Carriers Use it as a Marketing Tool

Smartphone developers and companies aren’t the only ones who are constantly fighting against competitors for customers’ attention. Carriers have become highly invested in the development of 3D technology because it offers them exclusivity, thus attracting more consumers. Carriers like Sprint and AT&T got in on the 3D action several years ago when the first models began to hit the market in hopes that this feature alone would set them apart and give them a leg up on the competition. Since this is cutting edge technology, carriers have been and will continue to use the feature as a marketing draw for consumers, which adds to the gimmick-y nature of 3D smartphone technology.

Could 3D Features Drive the Market Toward 3D-Capable Apps?

Developers tend to follow market trends only in terms of what their applications do and how they interact with the base Android or iOS interface. One smartphone going 3D isn’t an impetus to developers to create a brand new application interface that leaps off the screen and into the user’s visual field. With that said, Amazon’s new embrace of 3D interfaces could be a test case. If people are particularly drawn to this device, developers may take notice and attempt to accommodate users of the phone. If the device isn’t a hit, and 3D doesn’t become a selling point for the Amazon phone, look for developers to continue shunning three-dimensional interfaces for a long time to come. While the consumers might resist, developers will continue to research and perfect the feature. This technology has been in development for a long time, but no one has truly mastered this feature yet. It’s unlikely that developers will give up on mastering the 3D feature until it is perfected, however, consumers could be completely dissuaded at that point due to so many failed attempts in the past.

Promising Technology, But Not Yet a Useful Feature

3D is shiny and new, however, it’s not an extremely useful feature for smartphone makers, developers, or users, at this point. So far, it’s just a gimmick to gain attention. But this technology is still in development and could quickly take the smartphone market by storm as soon as it is fully functional. For this feature to become main stream, it is going to take time, further development, and a few early adopters to make this new technology a reality. For now, the technology is seen as merely a gimmick as opposed to an attractive feature, but the smartphone industry changes daily, and we could see 3D success overnight when developers finally get it right.

Information for this article was provided by the smartphone professionals at Apple Shark who allow consumers to sell used iPhone 3Gs and other models, no matter the condition of the phone.