Posted on August 15th, 2019 by Quertime Writer in Gaming

It is arguably true that it has taken quite long for technology to get its way through to America. It is claimed that it took roughly five decades for electricity to reach a huge percentage of American households. Mobile phones have taken even longer to reach the inhabitants. However, gaming technology is taking the American mainstream media by a thud. Seemingly, gaming technology is being adopted much faster than you can imagine!

Now imagine if you have a sophisticated gaming device with clear graphics that enables you to play a game without any technical hitch. The article, therefore, explores the possible changes in the gaming industry influenced by the advancement in technology.

As anticipated, the ordinary gaming consoles with poor graphics and cartoon-like puppets will soon be scraped off the market with the introduction of more advanced gaming devices. The assortment of technology and gaming devices is about to bring a different gaming sensation never experienced before.

Here is how technology has changed gaming, while research is still underway to completely changing the whole gaming experience to a whole different thing.

1. A huge Pokemon game series comes with a Nintendo Switch

In the Nintendo 64, the Pokemon stadium and Pokemon Snap used a spin-off unlike the core RPG Pokmon title anticipated to be coming for the Nintendo Switch. The switch comes as paired gadget whereby one is the controller, known as the joy-con. The other is the docking station, which is in the form of a tablet with a screen inside to showcase the playing graphics.

The switch enables you to play games while you do other routine activities. The controller is designed in a manner that they can be broken down and separated from the joy-con. Remove both left and right a controller and fix them to both sides of the docking station to enjoy the unlimited Pokemon gaming. Digital nomads, such as an essay writer may find an area to write about when it comes to gaming compositions.

Sony and Microsoft have in the past geared an Xbox and play station which gave the gamers an unprecedented performance. Technology is underway to advance the Xbox one S and Xbox One X to a more superior version.

The new Xbox is set to be compatible with all the already available versions of Xbox codenames, for instance, the Lockhart and the anaconda. The anaconda codename is for the higher-end versions while the Lockhart codename is for the inexpensive and less powerful versions. With this improvement, any customer will be able to have a top-notch gaming experience brought about with an upgrade of the initial Microsoft game console version.

Sony’s PlayStation 4 is yet to undergo a technological update expected to take gaming to the next level. They are yet to unleash the gaming beast the PlayStation 5. Unlike the PlayStation 4 which comes with HDMI, power cable, micro-USB cable and a Dualshock 4 controller for recharging when the gadget runs out of charge, the new version is expected to be bigger. The Playstation 4 is an advancement of previous sony gaming consoles which had a hard drive size of about 20, 60 and 80GB at the beginning. It is advanced to a 500GB hard drive size, which seems bigger with much space to enable quality gaming and overwhelming performance of the device.

Previously, all the game companies operated distinctively. Sony’s PlayStation 4 and Microsoft’s Xbox one operated in different platforms hence restricting gamers from playing across these two competing platforms. However, the new technology has come up with “Fortnite” which is a conglomerate of both Sony and Microsoft.

With “Fortnite” you can play a variety of games so long as it is provided on the platform you are targeting. Thus, it goes beyond one platform, and now the gamers can enjoy the experience of playing with friends across platforms since all the seven gaming versions work together.

4. The Sophistication of Mobile Gaming 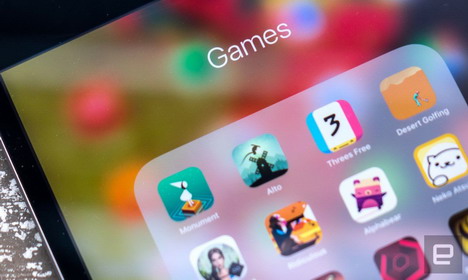 Mobile gaming is changing a great deal with the change in the technological wind. The big players in-game industry are all targeting mobile phones with new gaming technologies. Nearly everyone in this modern age can afford a mobile phone. Thus, the need to advance mobile phone games is unavoidable.

The initial soccer with poor graphics whereby the gamer could only identify the ball and view an image-like figure to control and play the game has now benne scrapped off the market. New technology has advanced new mobile gaming with clear graphics, and real images of real soccer players have been developed, making the game experience more enjoyable.

The new technology is all set to transform the game industry and make the experience more sensational. The gamers have all their problems solved since gaming devices ranging from mobile phones to the play station will undergo a technical enhancement making the game more interesting than its previous version.

10 Uses of VR Technology Other Than Gaming