Posted on September 26th, 2018 by Quertime Writer in Gaming

You did not experienced the “immersive experience” until you have tried VR (Virtual Reality). The Facebook CEO, Mark Zuckerberg, believes that VR can become our way to interact with computers. Jeff Lande, the founder of Lucky VR says that online, social and mobile gaming channels are also computer environments. He also adds that the VR opportunity goes beyond video gaming. The way humankind experienced entertainment through television, movies, sports and music could be transferred to VR. 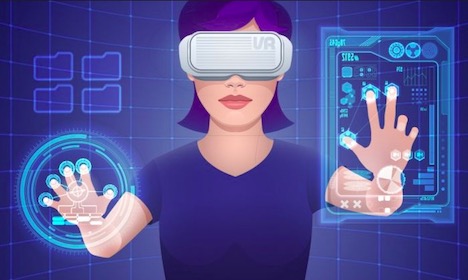 What is Virtual Reality? 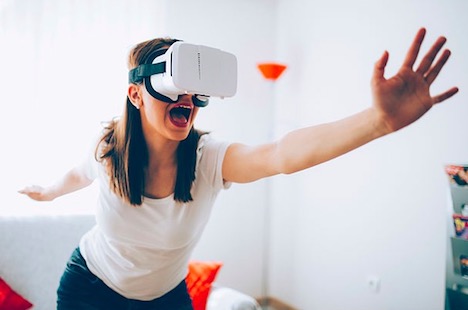 Virtual Reality or VR, in shorten version, is a computer technology that uses headsets or environments with multi-projection, that sometimes can be combined with physical environments, in order to generate realistic images, sounds and other sensations that are capable of simulating a user’s physical presence in an virtual environment. 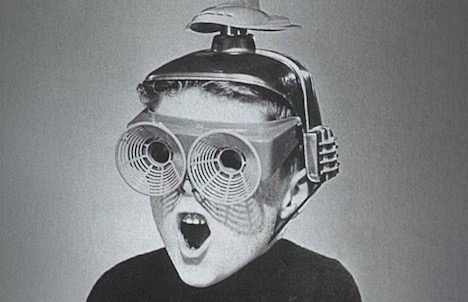 It’s hard to believe but VR has a long history. The first time Virtual Reality was mentioned was back in 1860 when panoramic murals began to appear. It might sound very primitive, but this led to the technology advancements of today.

Thomas A. Furness III was the first inventor of the visual flight simulator for the US Air Force in 1966. He is the pioneer of the virtual reality and he is named “The Grandfather of Virtual Reality”.

The description of VR started to show up in the 1930, when Stanley G. Weinbaum named the first google-based VR in Pygmalion’s Spectacles. This device would record holographic images of fictional experiences with included smell and touch senses.

In the 50’s, Morton Heilig described the VR of that time as an “Experience Theatre” that can have all senses, the viewer was drawn on the onscreen or on the onstage.

In 1962 the Sensorama prototype was created and five short films were produced to be displayed on the device with senses like sight, sound, smell and touch to be engaged.

In 1968, Ivan Sutherland and his student Bob Sproull, created the first virtual reality head-mounted display (HMD) system which they would name it “The Sword of Damocles”. The device was too heavy to wear and it was suspended on the ceiling. It was basic and primitive in terms of interface and realism.

MIT researchers created the Aspen Movie Map, which was a virtual simulation of Aspen, Colorado. The system allowed users to walk the streets of the city. The system had three modes, winter, summer and polygons. The seasonal modes were based on photographies that were shot during summer and winter. The other mode, polygons, was a simple 3D model of the city.

In the 80’s the virtual reality concept began to be mainstream with the help of Jaron Lanier, a modern pioneer in the field. He created the VPL Research company in 1985, which led to the development of “goggles and gloves” systems. In this time of the decade, Atari created Battlezone, the first-person shooter combat tank game. The tank was controlled by the player and it could deal attacks and being attacked with missiles. The game had 3D graphics and viewing goggles where you would put your face into.

An MIT graduate and NASA scientist, Antonio Medina, designed a VR system in 1991, that would help drive in real time the rovers destined for Mars, despite the delays between Earth and Mars signals.

In the 90’s virtual gaming started to take shape. A VR PhD researcher, Jonathan Waldern created “Virtuality”, in 1992. It was the first VR location-based system, which was mass-produced, having access to multiplayer and network. Virtuality featured headsets and exoskeleton gloves which gave the users the first VR experience. Sega also introduced its VR version system into one of their arcade games and Mega Drive consoles. Their VR used LCD screens, stereo headphones and inertial sensors that were tracking the movements of the head.

In 1992, Computer Gaming World would predicts that people will see an “Affordable VR” by 1994. They were wrong about the date, because after a couple of years later, the Rift from Oculus VR was introduced.

In 1995, Nintendo got into the VR gaming scene as well with their HMD gaming system Virtual Boy. The head mounted displays included Virtual I-O’s iGlasses, Cybermaxx which was developed by Victormaxx and VFX-1 by Forte Technologies.

In 2010, Oculus Rift was designed by Palmer Luckey. Oculus is capable of rotational tracking, but the first prototype was able to have 90-degree field of vision, which was the first to be seen on the market.

In 2013, Oculus had updated to have a freely shared breakthrough with the help of Valve, which allowed the Oculus to create lag-and-smear free displays of VR content. Valve has also came up with other features in 2014 that included 1000 displays per eye, low persistence and positional tracking over large areas. Oculus added these new features to all of its products.
Today besides these new features from Valve, Oculus Rift is used for gaming and the headsets provides 110 degree field of view, head orientation tracking, USB interface and a resolution of 1920×1080 or greater. In 2014, Oculus Rift has been brought by Facebook. In the same year, Sony has also announced that they are developing a rival system to the Oculus Rift, the prototype Project Morpheus, which was named in PlayStation VR.

In 2016 there are 230+ companies that are developing VR products. The VR technology is implemented in helping medical and military services. The big companies, like Facebook has over 400 employees that are focused on VR, while the other tech giants, Microsoft, Sony and Samsung have their own VR dedicated groups.

Today VR is supported on Sony’s PlayStation 4 consoles, Google has the Cardboard with Gloveone and HTC Vive which was created by both HTC and Valve.

What is Virtual Reality Casino Games

The casino has been gone through a big transition. People playing at land based casinos, were going forward to playing on online casinos, but the online casinos doesn’t have the atmosphere found in B&M casinos. So, the innovations of 21st century had led the casino industry to meet the virtual reality too. In its essence, the VR casino aims to bring the entire casino atmosphere in a three-dimensional environment and giving the chance to players to interact with the virtual casino.

The 90’s decade has brought profound changes in the casino industry and VR technology. With the act of The Free Trade & Processing Act in Antigua & Barbuda passed, worldwide players could move to the online realm of the casino. As the years passed by, more and more games had been added to the online casinos. You can see that browsing through an online casino and look for the games, you will notice that Slots, Roulette, Blackjack, Baccarat, Craps and others are not only available in their original forms, but also have different variants and rules.

Today, the online casinos had helped revamp the classic games and have improved the simplistic graphics into a richer graphics, colors, sound and mechanics. There are some casinos that added a number of interesting features, like the concept of Virtual Reality casino. Now when people choose to play at a VR Casino, they are prepared to be transported into virtual atmosphere of the casino and interact with casino games.

Between the Virtual Reality Casino Games and video gaming, esports is just a blurred line. Video games aims to the younger generation while the VR casino games is for the people aged 30-40. However, there are only a few VR Casinos but more will come in the near future. If you wonder what casino games are supported by the VR, the list isn’t very long. Games have to be updated by the developers to enter the VR. Slots, like Book of Ra online, don’t have a version available for VR, even though the game has improved graphics for the online casinos. Despite that, the VR Casinos still has a number of games like Roulette, Poker, Backgammon, Gin Rummy, Poker Dice, Blackjack tournaments and a few Slots.

Playing slots on VR will give the same experience while playing slots at B&M casinos or online casinos. The most well-known slots available to play at the Virtual Reality Casinos are Jack and the Beanstalk, Starburst, Miss Midas and Dracula.

VR Blackjack allows the player to put on his/her VR headset and get inside an fully immersive virtual casino environment and enjoy the experience at a Blackjack table. By using the headset, you are able to see and feel the cards, just like at land based casinos.

Virtual Reality Games work only at high-resolution imagery and higher frame rates than regular video games. This helps in order to ensure that latency is kept to minimum. When you move your head, you field of view changes, and as a result, you will not experience lag.

Virtual Reality Casino is a new concept, it is important to make sure that you device supports VR and it meets the requirements so you can play the games.

The minimum requirements needed are a GeForce GTX 970 video card or greater, a head-mounted display, a PC or laptop with USB 3.0 support, a Intel Core i5 CPU starting from the 4th series, like 4590 or a greater CPU. You will need at least 8GB of RAM Memory, but greater memory is great help also. Besides the USB 3.0 ports, you will need an HDMI 1.3 port as well. And of course the latest software system, starting from Windows 7, but nowadays everyone is on Windows 10.

If you’re interested in trying the VR Casino, you can check out if your PC supports the minimum requirements. You can download a software from GeForce website, GeForce GTX VR Program. The program will notify you the requirements you need for the graphics card. Usually video cards like GeForce GTX 970, 980, 980 Ti, Titan X, GTX 1080 or 1070 GPU are the recommended ones.

Computers that are eligible for VR will have a message with “VR Ready”. For example, my laptop which is an Intel Core i5 7th generation, 8GB Memory RAM and GeForce GTX 1060 has a small sticker with “VR ready” message.

Emily is a professional writer for Quertime.com.