Updated on March 27th, 2018 by Quertime Writer in Gaming

Technology has always played an important role in the development and evolution of the gambling industry. The importance of technology and the need for gambling and non-gambling sectors to come together and share technical know-how is greatly felt in modern times. Responding to this need, GamCrowd recently dedicated a day to the Internet gambling industry at London Tech Week 2016. 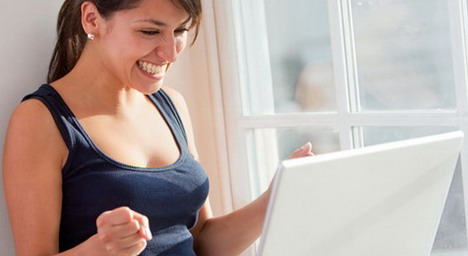 As many as 100 tech professionals and representatives of the iGaming industry met on a common platform to discuss various tech trends that have the potential to revolutionize the online gambling industry. While iGaming industry representatives spoke about technical trends that are currently having an impact on gambling in general and Internet gaming in particular, delegates from the non-gambling sectors spoke of technical trends that have the potential to change the world of gambling forever. Although the sessions were shorter, important topics such as tech trends, bitcoin technology, various innovations, banking technology, and others were discussed.

Pay Securely on the Move

The concept of paying securely on the move has already taken off, but is expected to become widely used in 2016. The number of consumers realizing the convenience of paying bills on their smartphones or tablets will increase. Moreover, tokenization will further enhance the security of paying on the move. It will replace players’ credit card numbers with a single-use number that can never be used by hackers and Internet cheats. This means that more players will turn to loading their online casino accounts and withdrawing winnings on their mobile devices.

Sports betters are getting smarter at predicting outcomes of sports events. Developers are now in the process of developing algorithms capable of trawling news feeds and updates on social networking sites. Blending of social networking technology and artificial intelligence is expected to raise the efficacy of bets by as much as 5 percent. This technology is still in its infancy, but may be a reality in the near future.

Online gambling operators have always taken the latest security technologies seriously, especially as the amount they are receiving in bets is rising at a rapid pace. The industry is also trying to learn from brick-and-mortar casinos that are using advanced camera networks to capture and recognize players’ faces and thus weed out the cheats.

Online gambling sites are expected to use sophisticated 128-bit SQL encryption technologies in future. These sophisticated security technologies will protect players’ transactions, personal information, and other sensitive details. The availability of such technology will allow players to load their accounts, wager on games, and withdraw winnings without worrying about getting cheated.

We are soon going to laugh at the very idea of watching television as it is going to become as archaic as a typewriter. Virtual reality is something that the tech industry is very interested in at the moment, and mainstream consumers are expected to be targeted by the end of 2016.

Prominent tech companies such as Oculus, HTC, Sony, and others are expected to release virtual reality headsets in the near future. These tech toys are not as pricy as they once were and are expected to get real affordable soon. It may be recalled that HBO created an immersive Game of Thrones experience for fans who used Oculus Rift headsets. This technology is going to have a major impact on the gambling industry and will alter the gaming experience in a big way.

To put it in simple terms, cross platform integration is just a lot of devices interacting with one another. Players are already enjoying this delightful technology, which does away entirely with the use of native apps. For example, Microsoft’s latest Windows 10 update enables streaming the same casino game across several devices. In the near future, we are going to forget that native apps ever existed as we will be able to play the same game on any device without having to download and install any app or software program.

Bitcoin technology has captured the attention of the online gambling world in a big way. While bitcoin is a highly volatile and unpredictable digital cryptocurrency, it gives players a safe and anonymous way to gamble online. Fueled by blockchain technology, it is just as transparent as it is anonymous, making it possible for people to transfer funds from one country to the other securely. Bitcoin technology is attractive because it is as yet unregulated and out of the control of banks and financial institutions. However, some countries are making efforts to regulate Bitcoin.

The increased use of mobile devices, smartphones, tablets, and wearable devices leads to the generation of a huge volume of data that may destroy one’s privacy. Wearable devices, in particular, are capable of tracking users’ movements. If connected to social networking sites that encourage users to post their views, opinions, and images online, a lot of personal information will be out in the open.

The development of greater security measures is, therefore, the need of the hour. We now need sophisticated technology to protect our privacy and the sensitive information we reveal online on a continuous basis. In the near future, we will see tech geniuses focus their energy more on developing software to identify abnormal behavior online than on eliminating bugs in their code.

This article is written by Quertime.com’s professional writer.