Amazon vs Alibaba: Who is the Global e-Commerce Winner?

Who gets the top crown of global ecommerce king – American Amazon, or Chinese Alibaba? Here we look at some of the key things that separate these platforms from each other; and what that means for sellers, shoppers, and investors. Let the ecommerce games begin… (Need to brush up on your Alibaba knowledge first? Check out these Alibaba infographics for an instant refresher). 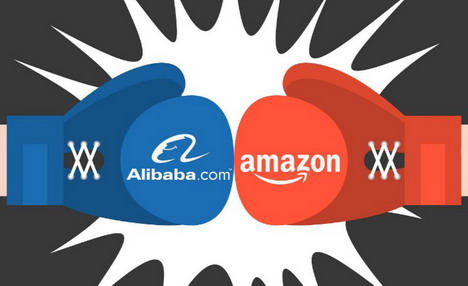 Alibaba is very different to Amazon

There is one major difference between Alibaba and the rest of the ecommerce giants: regulation. 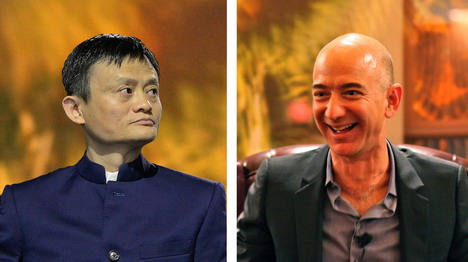 Alibaba is a much more open marketplace, connecting sellers with suppliers in an unregulated way. Their unorthodox decision to let the market ‘regulate itself’ is partly what makes Alibaba so successful, but the model has its downsides too. Lack of control means that Alibaba can’t always successfully police sellers and suppliers.

In contrast, Amazon operates fuller control in an environment that mimics traditional retail – keeping a much tighter rein on its sellers and protecting its own brand. Amazon even manufactures and distributes products itself – something that Amazon may do more and more of in the future (if the margins are right). 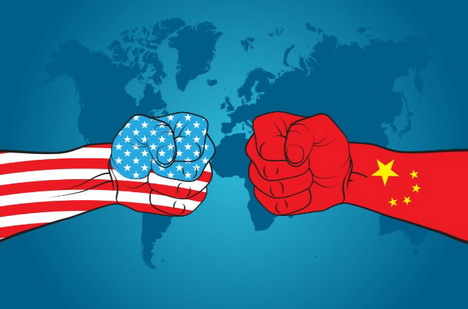 Amazon caters mainly to the North American and European markets, whereas Alibaba has more of a foothold in China (soon to-be the largest ecommerce market in the world) and India. Though they’d like to, Amazon will find it hard to crack China – huge investment is required to manage distribution within China.

Recently, Alibaba Executive Chairman Jack Ma met with Donald Trump to discuss Alibaba’s North American expansion plans, which may shift the global balance of ecommerce power. (Jack Ma has always been quick to emphasize the differences between Amazon and Alibaba, stating that it’s wrong to call Alibaba “the Amazon of China”).

The emerging markets of Southeast Asia are ones that both Amazon and Alibaba have their eyes on. Who will get there first? 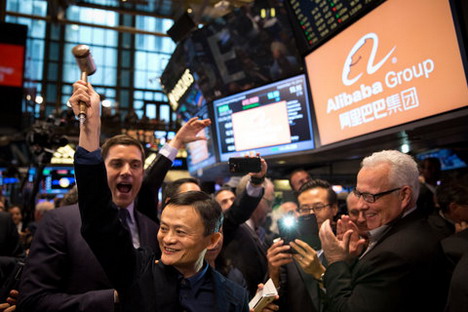 Everyone was shocked back in 2014 when Alibaba burst onto the stock market, immediately eclipsing Amazon as ecommerce top dog. The years since then have been problematic for the Chinese company as market protectionism and global uncertainty have taken hold, slowing growth. However, Alibaba has good growth potential thanks to the expanding populations and middle classes of China and India.

Amazon is doing well and growing all the time, but the huge operating costs of the company mean that profit margins are slim. Amazon have been very successful recently with their branded products, something they seem to be investing in more and more.

Logistics is a big ecommerce challenge that plagues both giants and small players. 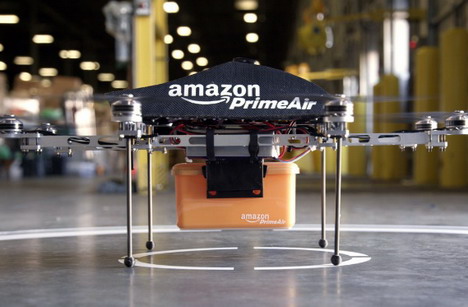 Both companies are seeking to gain more control over the supply chain on their platform – veering into fulfilment and logistics. This is a clever way to cut costs and maintain control over customer experience. Amazon has heavily invested in drones and shipping, whereas Alibaba has been swallowing up local logistics companies and services.

Alibaba employs people mainly in China and has about 45,000 employees, compared with Amazon’s much more global workforce of about 250,000 employees. 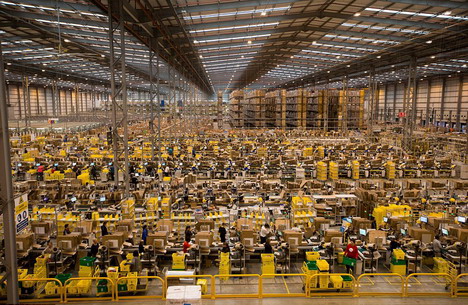 Amazon has loads of talent, but having a huge number of staff isn’t always good news; employing them all is costly. Amazon’s profit margins are always being eaten into by its huge staffing and operational costs.

Amazon has a very strong and healthy reputation with consumers, whereas Alibaba has struggled to shake its slightly budget, supplier-oriented reputation outside of China. People love Amazon for its convenience – both the service and the platform are easy to use.

Alibaba has been plagued by accusations of counterfeiting and low-quality copies of branded produce; something it has recently tried to address with a partnership with Samsung and Louis Vuitton. If Alibaba wants to succeed at conquering the more discerning markets of North America and Europe, it will need to build up a reputation for genuine, quality products.

At home in China, Alibaba has a great reputation – as a company, they have learnt how to do things ‘the Chinese way’ and deal with the country’s systems.

Over the years, we’ve all witnessed the popularity of Amazon’s Kindle ,Firestick and Echo products. These flagship technology products have driven sales and earned Amazon its reputation as a global leader in tech.

Coupled by technological innovations in supply chain management and delivery services, Amazon has done everything it can to cast itself as technologically innovative and ambitious company.

Alibaba has struggled to do the same for itself as of yet, but tech transformation will increasingly be part of their growth strategy. 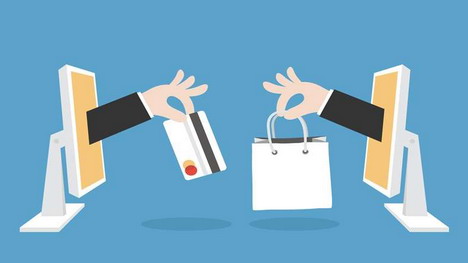 Marketplaces like Amazon and Alibaba pose a challenge for traditional retailers, as well as popular ecommerce website providers, who have to convince users to venture outside of these goliath marketplaces. The convenience of marketplace shopping and the projected seller revenue means that ecommerce merchants are increasingly striking out on all platforms at once. Embracing multichannel, Shopify recently announced an integration with Amazon – showing how anxious all ecommmerce platforms are to collaborate in order to support growth.

As retail becomes more and more multichannel, both Alibaba and Amazon will need to keep attracting the right sellers and products to their platform in order to drive customer growth and sales.

Amazon and Alibaba are two very different ecommerce giants: operating in different markets, and using different business models. Nevertheless, they share numerous similarities, and will continue to compete whenever they come in contact. The next few years will show whether Alibaba can truly crack down on counterfeits and conquer new markets, and whether Amazon can hold onto its global vantage point as emerging markets shift the axis of power. What do you think is going to be the making (or unmaking) of Amazon or Alibaba?

Passionate about writing for the startup and entrepreneurial audience, I have recently been part of setting up an exciting project at MicroStartups.org. We donate all our website profits to charities that help people reach their full potential.

11 Tips When Shopping on Alibaba & Other Online Stores

20 Amazon Shopping Tips and Tricks You Must Know

Everything You Need to Start an E-Commerce Business