Once there was a time when paintings used to be the only mode of picturing an image on the paper, later photography with big cameras started to replace that trend. Eventually, these cameras got developed and upgraded, and now, we have reached a certain stage where a still photograph doesn’t give you the same Goosebumps as it used to give few years back. There is a new photographic technique in the market giving a whole new outlook to this culture, popular as Time-lapse photography. 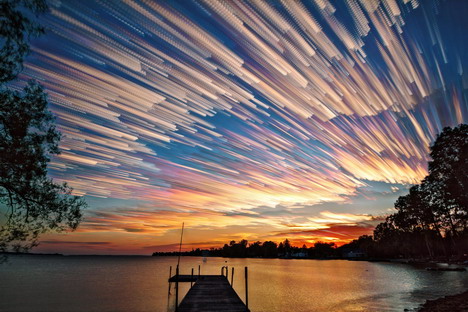 It is a unique technique where the frequency of film frames captured can be lowered than the standard rate. That results in showcasing you continuous time-lapse sequences. On playing it at a reasonable speed, you will feel like the time is flying away and thus it has been named so. This technique was extensively used by imminent photographs to showcase their creative works, but now, it is readily available on any of the smartphone.

In this article, you will get to know top 15 time-lapse mobile applications that you can easily download from your respective app store to create your own time-lapse videos. So, let’s get started.

With more than 1 million active users, it is one of the most downloaded apps of time-lapse niche. It provides you a platform where you can create a photo lapse (like showing your pregnancy process or the pollution around you, the growth of a building or a plant, etc.) as well as video lapse. It further gives you the option to mention your name in the works. The app is mostly useful for shooting big natural lightning shows, you can say capturing Northern lights in Norway would be the perfect example in this case. The USP (Unique Selling Point) of this application is that you can even add music to your time-lapse and unlike other apps, this feature comes free.

A full-featured application with much smaller size than the previous one. It has many technical advantages over its rival. For instance, you can set your film frame interval as per your speed, start and stop option. It gives camera options of zooming and automatic focus with support from both front and back camera. The output files can be played on any mobile as it will be in mp4 format. The user interface comes with an easy to use guide. Unlike other apps, it has ‘No Ads to disturb’ feature as well. Do check it out.

Another simple app for shooting smooth but stable time-lapse videos. The major USP of this app is that if you capture a video, within no time it will be converted to hyper-lapse. You can also create a hyper-lapse for previously recorded video on your phone. It also gives you the customization facility for managing your speed and resolutions. You can move it in your memory card directly rather than occupying the unnecessary space in Phone memory. Not to forget, it has more than 1 million active subscribers across the globe. However, to use it, you must have a smartphone running on Android 4.4 or 5.0. 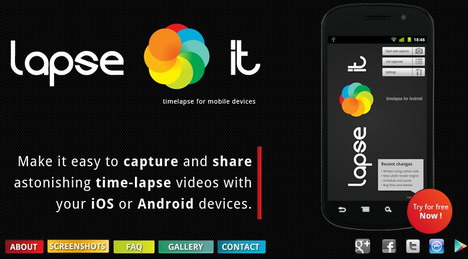 Time-lapse camera: It has been given rave reviews by many tech gurus. This app is considered as a game changer in Hyper-lapse camera shooting and has already more than 1 million subscribers. The features such as quick camera utilizations for more in-depth shots and full HD videos supports have made the app demandable. It can accept the videos and can process the image sequences from your DSLR and GoPro cameras. You can import your videos to create slow and fast motion of time-lapse for them. This app comes in both forms, i.e., Free and Pro version. Both have their unique features to attract users, but in Pro, you will get some advanced facilities, such shooting time-lapse for multiple days, in-built time lapse gallery, etc. Off course, the Pro version comes with a price but looking at its benefits, it’s worth the money.

It is a simple application where you can create your time-lapse videos with three different speeds. You can also share these videos with your peers from your SD folder (yes, it gives access to save videos there). It is new and getting continuous upgrades. The features are making the app popular among users and as of now, its user database has crossed 100,000 subscribers mark.

It is another pre-editing application that gives you the facility of editing your existing videos into Time-lapse. It has many options to create Time-lapse videos by giving you three choices of output video quality and customized speed reset system, as per your need. The main USP is that you can trim any part of the video (means you can select a particular part or the whole video for the time lapse).

This app is mainly for GoPro videos and that makes it one of the distinctive app in Smartphone app market. You can add photos, videos and select your moments to be highlighted in your Time-lapse section. Its uniqueness is that it has more than 23 video styles, customized for a different kind of user’s chosen niche. You can customize your video with songs and text overlays.

The app allows you to create amazing time lapse videos. Using Instagram’s in-house stabilisation, Hyperlapse shoots polished time lapse videos that were previously impossible without bulky tripods and expensive equipment. When you shoot a time lapse video with Hyperlapse, your footage will be instantly stabilised to smooth out the bumps from the road and give it a cinematic feeling.

PicPac can perform time lapse on your animation videos, and you can take a time-lapse photo just by making a loud sound. You can make time-lapse on any existing photo and add music to it. It is small in size but has gathered more than million active subscribers towards it.

It is a simple time lapse app that gives you stunning user interface coupled with the bug-free application. It is still in a building stage, but it does provide standard time-lapse videos with easy-to-use options.

It is an application, which can convert your regular video into a time-lapse. You can get started with a set speed of your choice and can share it with your friends with a single touch. 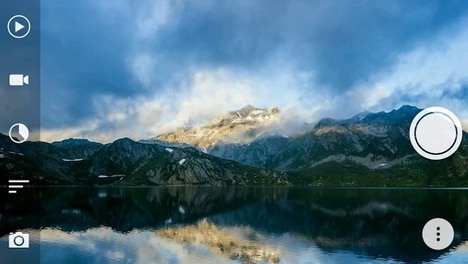 Because of its hassle-free operation and small space requirement, it has entered the list of top 15 apps. It gives you easy customization of time-lapse videos and photos. You can set your speed with zooming and autofocus system. You will receive no commercial ads covering the screen and that makes it a paid app.

This app gives you the scope to shoot time-lapse videos with high resolution and gives an easy way to directly upload them to your YouTube channel or as PC output.

Here you can make time-lapse of a section or a particular interval of a video. It is free of Ads and comes with a budget-friendly price.

Time-lapse camera: As a time-lapse video app, it has standard facilities such as Customization facilities, storage in SD card, and export of your converted videos in MP4 format, etc.

This app is gaining momentum with its new upgraded versions. It supports the DSLR as well as Go PR videos. You can also select the particular timeline of the video that you want to get converted in time-lapse. And again, it is a paid app but the price won’t disappoint you.

Author: Nikhil Aggarwal
I’m currently working as Android App Developer with TheAppsmiths. I have a great passion for building world-class products as I loves technology. In the last couple of years, I have worked with big and small clients across numerous continents.