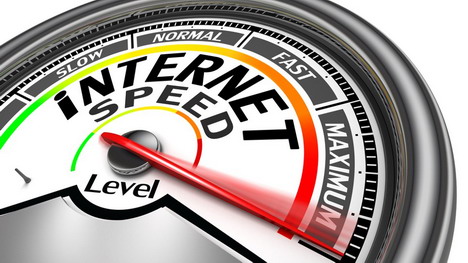 So, if you are one of those who loves the feeling of having a faster internet speed then go on to read below about the 20 mobile apps to boost the internet speed where we have picked the best speed optimizer apps for your mobile device. 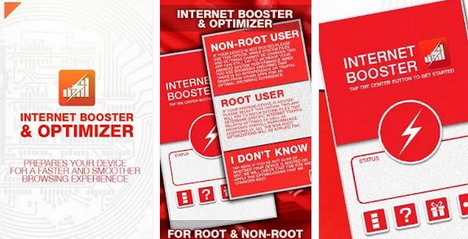 This app raises the internet speed as it prioritizes the browser over the other applications that are running at that moment in the Android mobile. The app not only lets the internet run at a faster speed but also pause the secondary apps, cleans Ram and flushes DNS. It performs even if your device is not rooted but yes, its ability increases in a rooted device.

2. Faster Internet 2x (Free)
This app lives up to its name. The special programming script allows the app to increase the internet speed by 2X and thus increasing the overall user experience. It works well with both rooted and non rooted Android devices.

4. Internet Booster (Root) (Free)
This is a very smart app that is built with such an algorithm that changes the configuration of ROM (read only memory) to enhances the speed of the internet. It increases the internet speed up to 50%-70%! It is only fit for the rooted devices as the user-permission is required to allow it to manage the ROM and back-end process.

5. Internet Speed Booster 3G/ 4G (Free)
In case you are looking to use your 2G internet connection with a speed of 3G then this is an app for you. It helps you to gain maximum signal point available on your device and thus strengthen the internet speed. The internet speed can increase from 30-40% allowing you to watch videos and open web pages faster than before.

This is the most widely used app across the globe with 1 million downloads. Enhance your video live streaming experience with this wonderful app that works well by modifying the system files to improve the TCP/IP. It is suitable with both rooted and non rooted devices and all kinds of ROM. Please take a back-up of your data before using this app.

8. Super Android Speed Booster (Free)
This is the smallest internet speed booster app that you may come across (only of 500 KB). It has the script that lessens the burden on the CPU, reduces the cache memory and decreases the resource usage thus helping the internet speed increase by 2X. It also allows your Android phone to perform better.

9. Network Speed Booster (Free)
It is one of the simplest apps to use. The app just disconnects and then connects the Android device to develop a better signal to increase the speed. It offers you better call quality and an augmented bandwidth.

10. Faster Internet 3G Wi-Fi Boost (Free)
Get better internet speed on 3G and 4G data and Wi-Fi (encrypted WEP, WPA or unencrypted). It analyses any app that may be making your device slow and also adjust the Wi-Fi channel for faster connection. The app optimizes the 3G and 4G connection. Works well with both rooted and non rooted phones. 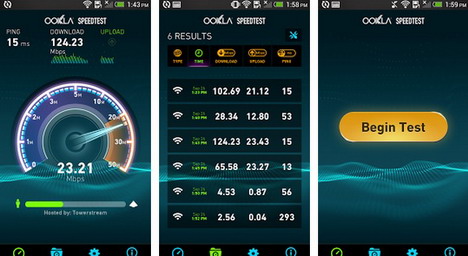 Do the easy one tap testing anywhere with this app. This app is one of the most trusted apps available in the market when it comes to speed testing.

Speed up the downloading time with this accelerator app. It reduces memory and clear cache. It not only boosts MTU for better pings but also fastens the loading of the website pages.

14. Internet Speed Booster Prank (Free)
Now surf the faster internet with this wonderful app. It raises the internet speed of your mobile and facilitate faster downloads.

15. 5G Speed up Internet (Free)
The app is perfect for any Android phones and tablets. The app works fast of 3G mobile networks and super fast on 4G and 5G mobile network.

16. Internet Accelerator+ (Free)
This app helps you to speed up the 3G and 4G internet connection, clean DNS cache, enlarge packet buffer size and optimizes the speed overall. Though it shows ads, it doesn’t send the push notification ads.

17. Wi-Fi Speed Booster (Free)
The simple and easy to use app scans all the background apps and disables it those apps that uses internet thus giving you 2X effect.

18. Network Speed (iPhone/iPad)-$0.99
Hike the 3G and Wi-Fi internet speed with this app and optimize the downloading time. This not only increase the work efficiency but also provides an enhanced user experience.

19. Internet Speed (iPhone/iPad) – $0.99
This is actually a speed tester. You can use it to test the network speed of your iPhone, iPad or iPod touch.

20. Network Accelerator (iPhone/iPad)-$2.99
This allows you to speed up the 3G and Wi-Fi on your iPhone and iPod touch up to 200%. This app saves on your battery life and accelerates the internet speed.

What is DNS? How to Configure DNS for Fastest Internet Speed?