Updated on August 14th, 2018 by Quertime Writer in Cryptocurrency

Bots have been used by humans for the purpose of having an extra hand in performing the task which is already being performed by humans in an expeditious pace or without an intervention 24/7. These bots can be programmed for both, efficaciously ethical and maliciously ruinous purposes with web crawler being one of the very first internet bot being created in 1994, which was very vital in shaping the internet. These days new type of bots are being created, from bots ranging from the ‘Zombie Bot’ for malicious intents to Cryptocurrency trading bots which can help you earn a fortune. 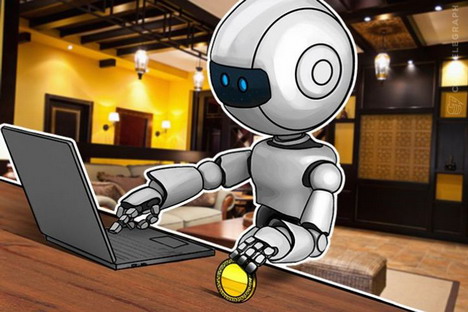 3Commas is another crypto trading bot that works with many exchanges including Bittrex, Binance, Bitstamp, Poloniex, Huobi, etc. The web-based service lets you monitor your trading dashboard on mobile and laptop computers. It also allows you to set stop-loss and take-profit targets and has a social trading aspect that allows you to copy the actions of it’s most successful traders.

Next up is Cryptohopper, this was made in July 2017. It is a semi-automated trading bot compatible with 75 cryptocurrencies. This bot also comes with back testing and it has great design. With this bot you get a hopper community exclusively to itself which is very supportive of its members. Cryptohopper has three payment plans starting with first one starting off with $20 and the last one of $100 which includes arbitrage.

This trading bot is originally designed for forex trading. However, it also offers BTC packages for people to buy in and profit from their expert cryptocurrency trading and mining connections. While most of the trading bot available require installation and initial set up, the USI TECH approach is rather different. As a user, you do not have control over the bot, but you still get to profit off of it.

Next up is another easy to use and setup bot which uses multi-hybrid trading algorithm software via API to facilitate micro transactions in milliseconds. This bot buys and sells according to the tolerance level you set. Other than this it provides the user with stop lost, order bots and kill switch safety support. This bot allows you trade from $500-$1000 crypto funds. Other than this it is said that this bot can net 1-3% profit per day inclining more and more users to use it.

Next up is another easy to use trading bot with multiple trading strategies which is best for all kind of users. Profit trailer chooses pairs for you specialising in making micro profits meaning that it is adept at making swift trades with constant small profit with less risk of loss. Profit trailer is at its top performance when the whole market is up trendy making constant small trades profiting the user. It even has a wiki and a wide community for help and support of the user which is beneficial especially for those new to this. Profit trailer is of 0.03 BTC which equals to 245 USD showing us that it costs more than the bot previously discussed requiring more capital. 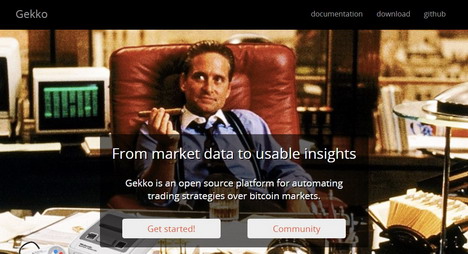 Gekko, an easy to install bot with a simple user interface is also mostly for beginners and for testing strategies. With Gekko you are made available with chart results from back testing and live trading which helps one, run a strategy. Moreover Gekko is available on almost all systems like Windows, Linux, Max, Raspbian and others. In conclusion Gekko helps you best at improving your strategies for gaining profit and gaining experience in becoming a better trader.

Next on the list is a fully automated bot which allows you to select desired investment and risk level which shows that it is more suited for people with little trading background. Other than this it has a great charting solution and you can choose between 20 bots with different trading strategies. BinBot Pro is made exclusively for currency trading currency. However, its downside is that it’s available in few countries like USA, Canada, China and a couple others. To make things even better for the people living there is that they have won three awards of Confident 100% Award, Top Quality and The Best Binary Robot 2016 proving that it’s not a scam.

Enigma catalyst is made specifically for experienced python programmers where you can write and customise your own scripts where the trading will be as good as your programming skills. It also includes features of back testing and live trade. Other than this it supports multiple crypto currency exchanges including the major ones like Bitterex, Poloniex, Bitfinex and others. There are some cons that come with it which are that it is difficult to setup in cloud and it has lengthy instillation process with some other minor ones; Otherwise it a great bot to use for python programmers.

With this bot you need no technical knowledge to use it meaning anyone can use it. This bot also provides the user with testing tools for the user to test their strategies for better performance in real life trading with back testing available as well. This bot needs no software installation meaning that you can use it instantly, right out of the box. Other than this bot also facilitates the trader with prompt notifications, keeping the trader up to date. It charges 0.007 – 0.0135 B per month to use this bot. Since this is an automated bot the user should be aware of its in future loss besides profit while using it not being in oblivion.

Haas bot is the most popular bot which used by a large community. It comes with features such as back testing, auto tuning, arbitrage, safeties and with great customer support. It also supports almost all major exchanges however it is not for beginners since it can be expensive but it does provide one of the best trading results.

On number 15 is a fully automated bot which uses very accurate algorithms in trading and producing results. It can also trade on several cryptocurrencies simultaneously still with a 90% trading success rate. Other than this, it is user friendly and the user can even customise the platform. It works with Bitcoin, Etherium, Litecoin, Ripple and Monero with $250 being the minimum investment you can make. Crypto Robot 365 invests using three advance trading strategies including Martingate, Classic and Fibonacci. Furthermore it can be used on smart phones as well which makes it a great bot to use overall.

Gimmer is an automated crypto trading decentralized app, which allows for the creation of advanced trading strategies through a simple and user-friendly interface. The platform supports multi-crypto trading, presenting traders with the ability to select multiple currency pairs for bots to trade automatically.

Auto view is more of a chrome extension which is only limited to chrome for its users, however it is a pretty easy to set up and economical bot where you can either pay $45 per year or $5 per month depending on the user. It is best for programmers as they can write their own scripts and not worry about it being faulty but at the same time non-programmers can also use it by using already made scripts available online. However it does not provide the user with ‘tv protection’ or ‘stop loss’ which are pretty useful to the user. Besides all this it Auto view works with numerous exchanges namely Bitterex, Binance, BTC-e, Poloniex and others making it a pretty reasonable bot to use.

Making it to the top 20 is margin, with one of the most user-friendly and best GUI for trading and for $15 per month it is best for beginners and for those who have less capital to invest on bots. margin uses two strategies, first one being ‘margin maker’ and the second, ‘ping pong’ which is a basic buy and sell strategy. margin currently supports main ones being Bittrex and Poloniex besides other exchanges. However, the noticeable downside of margin is that it doesn’t have much community support but this definitely does not mean that its barring from anyone from using it, in fact it is one of the most ideal bots to start off with as a beginner.

Centobot allows you to select a robot you want to trade with according to the income you are looking to invest and get returned. There are bots with their own level of minimum deposit which can be customised as well. Besides this Gekko allows you to make a free account with 3 tier account setup, namely bronze, silver and gold with different prices and features accordingly. It is also easy to use and perfect for those who want to trade in smaller accounts at the end of the day. The company claims to have won three awards as well, The Best Binary Robot of 2016, Confident 100% Award, Top Quality which in a way proves it being legit.

This bot is a free to use bot which takes 25% from the profit you make which is better than you having nothing. It works by choosing pairs from available markets like BTC, ETH, USD and others. This bot works very well in a volatile market as it pre-sets buy and sell orders; it also works very well in a long run in which it uses high volume pairs but to a limit according to guide on pairs in a website which works in favour. So this bot is a pretty sturdy bot for gaining profits if someone has long term plans, 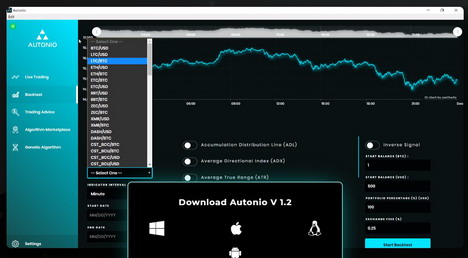 This is the first decentralised AI-powered trading bot developed which uses pre-programmed softwares to analyse the market also using more than 25 indicators to analyse the market in order to maximize your returns. Besides this it has a user friendly GUI and is cheap to use with $50 being paid monthly for its membership making it a decent bot to give it a try.

This is one of the oldest created bots back in 2013 capable of executing trades on autopilot. It is easy to set up, with lots of support and tutorials available. The company also pledges to protect confidential data. You only have to pay once to use it and it works with BTC-e exchange. It is however said that this bot doesn’t work up to the level described in its website in making trades and some even go as far as calling it a scam, so one must be careful while using such bots.

Gun bot is one-time payment software starting off with 0.02 BTC which is easy to use and for beginners. The user uses the bot by setting pairs specifically and using main strategies that the bot provides in trading. This bot is more customisable than most bots available in the market and it also provides safety features with customer support and a large community which helps the trader with day to day trading. Overall this bot is a safe to use bot providing us with a promising profit every day.

Zen bot is an open source bot with many strategies available with an active community for help whenever in need. It is good for programmers of JavaScript, where they can customise it to their hearts content. It is however not updated very often. The exchanges it supports are GDAX, Binance, Kraken and Bitfinex.

Although these bots are great and all one must be careful while using these as these are still bots at the end of the day and can cause enormous loss along with profits.

Penelope Johnson lives in Oregon USA. She writes about Technology and recent development in the IT sector since 2015. AMITechLabs has highly skilled development team for mobile applications and website.

10 Ways: How to Choose the Best Exchange for Bitcoin Trading