Posted on August 2nd, 2017 by Quertime Writer in Mobile

With online home-based jobs on the rise, payment tech is among the most relevant software today. It is hence no surprise that both Apple and Samsung, the leaders in the field, have launched their own versions of payment methods. Samsung introduced Samsung Pay in 2015, along with its Galaxy S6 and S6 Edge. Apple introduced its digital wallet a little earlier, in October 2014. Both these methods have their differences. This obviously has a direct effect on their respective demands. 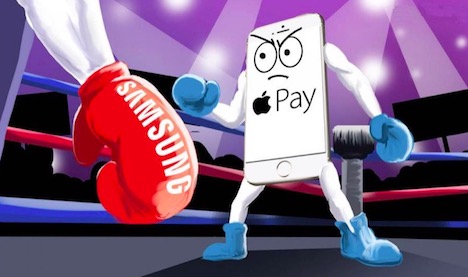 In order to understand which of these payments would work for them, one needs to know the difference between the two. To help out, below are about fifteen comparisons:

Apple Play limits its users to only NFC, while Samsung offers this service along with older methods as well. Basically, Samsung Pay also works with magnetic strip readers. 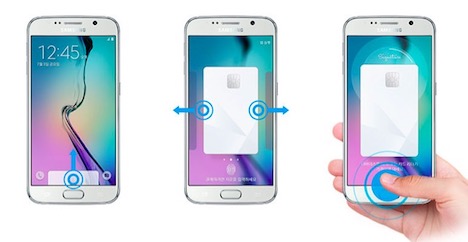 The advantage of utilizing this traditional manner of payment is that one can use it at almost every store. Thus, Samsung Pay can actually double as a simple credit card. This makes it more appealing to the masses. This technology is called the Magnetic Secure Transmission (MST).

Apple Pay makes use of the Near Field Communication (or NFC chip). The purpose of this is to facilitate contactless payments. The downside of this is that it would only work in stores who have signed up for and would accept contactless card payments.
In order to make this service work, users would have to use their fingerprint scanner. However, a particular NFC antenna is also required. It is embedded into certain Apple devices, but not all. 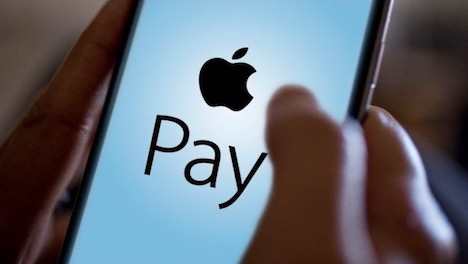 If a certain shop supports Apple Pay, they would have to install a sensor to make it work. This would be by the check-out till. All one has to do is put their iPhone on the sensor and their finger on the Touch ID fingerprint scanner.

The obvious downside to this is that many shops would have to make a whole new system just to support Apple Pay. However, the loyalty of Apple users might make it feasible for the majority of shops to offer Apple Pay as a payment option in the near future.

iPhones earlier than the Apple 6 would not have the NFC antenna built into them, and so would not be able to support Apple Pay. For now, iPads are not a substitute for iPhones in this case.

The Apple watch is also compatible with Apple Pay. Plus, all future smartphones and smartwatches would have this method integrated into them as a matter of course. 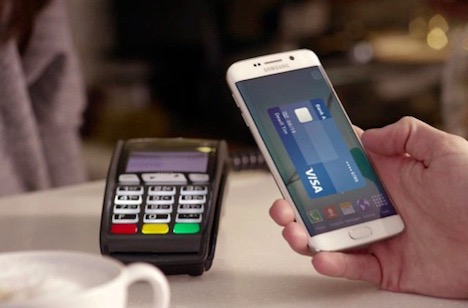 As for Samsung Pay, it is only available to Galaxy S6 and S6 Edge owners for now. However, we may soon look forward to other Android phones supporting this digital wallet in the near future.

Samsung Pay is officially a partner with MasterCard and Visa, but there is as yet little news about other banks. There are a limited number of vendors listed as compatible with Samsung Pay for now.

Apple Pay far outstrips Samsung Pay in this area. It has no less than eight prominent UK banks affiliated with it (except for Barclays). Many other banks, including credit cards such as American Express, are also expected to join Apple Pay if they haven’t done so already.

Apple Pay has the names of some huge stores on its roster. These include Waitrose, Marks and Spencer’s, and Boots. It is expected that Londoners and other city dwellers would also be able o pay for the subway using Apple Pay.

9. How to Use Samsung Pay 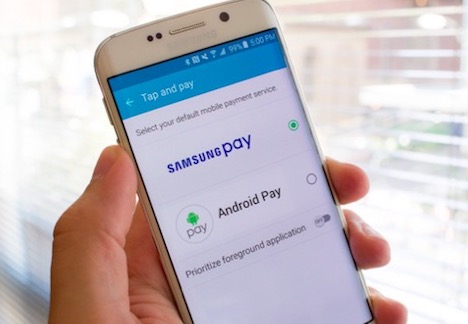 The Samsung Pay app requires the users to add their Private Label Credit Card. When they need to shell out a payment, they can swipe to launch the app and choose which card they want. The fingerprint reader would verify that the payment is authentic. Much like Apple Pay, one would tap their phone to the card reader in order to transfer the payment. 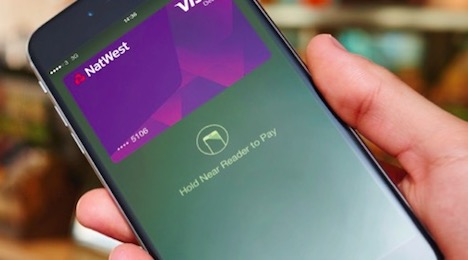 Apple Pay is relatively easier to use. Instead of entering your card, you only have to click a picture of them. Once you verify that this is your card, the deed is done.

Both Apple Pay and Samsung Pay aim to attract the US and UK markets. Samsung Pay has been a little slow on the uptake regarding its UK launch, but it’s there now. After the UK, Samsung is aiming at Spain and China with their expanding markets.

Apple Pay is more focused on just the US and UK for now, though. Thus, Samsung is a bit more forward in its global marketing than Apple, so far.

One upside of Samsung pay is that user can activate it without having to wake up the screen. This can be a blessing when you’re short of battery, or simply want to save time. This is a step up from Google Wallet and earlier digital payment apps, where one had to unlock the phone and launch the app.

Apple claims that its use of solely NFCs makes Apple Pay much more secure than other forms of payment tech. this is a viable claim right now, as contactless cards mean that potential thieves won’t be able to get a code to crack. Everything would reply on the fingerprint scanner. Thus, one can remain secure with Apple Pay.

There might be some concerns with Samsung pay, as magnetic strip transitions are notorious for being insecure. However, this was the case with conventional payment cards. Samsung pay uses tokenization, which is a security system designed to prevent just this threat. It doesn’t send an account number, but rather a unique token and cryptogram for each handset. 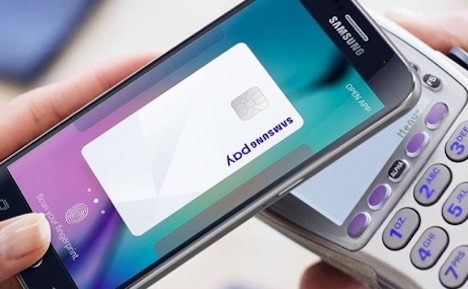 The estimated number of devices that support Samsung Pay is obviously more than Apple Pay. Apple software would only work with Apple devices and vice versa.

Samsung Pay’s potential, however, is practically limitless. Since Android phones are also cheaper than the latest iPhones, there are probably many more people able to use Samsung’s method than Apple’s.

At the end of the day, neither payment tech is enough reason to cause a loyal user of Apple Pay to Samsung Pay and vice versa. However, both are useful softwares in this age of technology, as we all need to have a better option than carrying our cash around. It is to be hoped that these technologies work out for the better and facilitate payment methods all over the world.

Margaret Jones runs a tech blog and also a content writer at Assignment Creator. As a technology blogger, she wants to share her insights into online marketing, blogging, and education technology. She is interested in hi-tech gadgets and gizmos.

Are Payment Apps the Future of Banking?