7 Drone Usage You Did Not Know About

Posted on August 14th, 2019 by Quertime Writer in Hardware

Approximately 59% of Americans have heard about drones. However, the question is, do they know their significance to the economic stability of a country? They are more beneficial than you think!

The concurrent trend shows a tremendous shift from the use of indigenous gadgets to use of drones in diversified fields. Different firms have claimed to have registered an overwhelming improvement in performance in specific areas with the adaption of the use of drones. Moreover, a significant number of individuals who have recently used drones attest to the technology, saying it is convenient and reliable.

Whether you are actively contemplating owning a drone or just curious, check out these outstanding drone usage.

Drones have stunned the film industry a big deal. They have perfect flight stability and highly visualized cameras to capture a scene used in the production of films. DJI Inspire 2 is a drone typically made with the primary function of shooting films. Its image processing system Cincore, 2.1 records film up to 6k in a CinemaRAW and 5.2k in apple ProRess in the presence of Zenmuse X7 camera, records clear images. 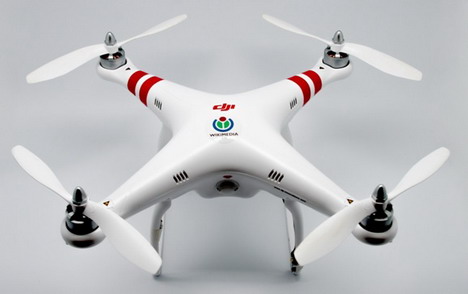 In the past, filmmakers faced a tough time climbing on top of tall buildings to shoot a film scene vertically. However, drones have eased the process. Their ability and power to fly vertically and use their 4k cameras to record clear images of the scene has salvaged a lot.

Drones are actively gaining relevance in various mission-critical sectors. The fire department, mountain and ocean rescue, first respondent, and lifeguard are significant users of drones. Lifeguards have used drones to watch over beaches taking a closer look at the security of swimmers from shark attacks and also respond quickly in case of an emergency. Police, rescue teams and fire crew have used drones with thermal sensors and transducers to locate individual at risk-prone areas and rescue victims at their hour of need.

Drones have GPS, 4k cameras and also the best stabilization. They take clear photographs and videos which are used in the advertisement industry or even making brochures drafted by a top-rated essay writer. In the marketing industry, they have been used to take pictures and videos promoting the top national reserves and parks to the tourists. Promote real estate properties to steer the selling process of the houses and also showcase natural wonders and other site documentaries.

Construction is one of the vast sectors where drones have gained relevance. They are terrific for getting an up-close or overview of a structure. They are used to inspect tall building; hence, there is no need of sending men to go up to inspect a scaffolding or a harness to check the roof or shape of a structure. They are life and time savers. A construction employee does not need to spend much of their time building scaffolding to inspect building far beyond where their eyes cannot view.

Moreover, the use of drones relieves construction workers from the risk of accessing risky areas that they would have otherwise assessed manually in the absence of drones. DJI Matrice 200, a quadcopter with camera options dual downward, downwards, upwards to enable easy inspection of tall constructions such bridges, story buildings, telecommunication antenna, and mast among others.

Large drones of approximately 40mph with four pods that carry a de-icer are used in wind turbines. It is fixed with a powerful lead to keep it in action for a long time. They are the best and cost-effective way of surveying and clearing the wind turbine from ice clog.

6. In Battles to Counter Enemies 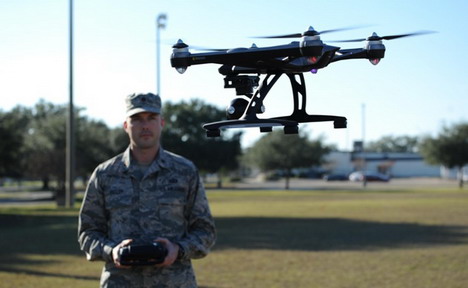 In battle areas where soldiers poise a great life risk, drones can be used. Drones use 4k cameras to locate the position of the enemy. The 4k cameras fixed on the drones have a larger view spectrum of up to 7km. Thus, it can take video and images of enemies. The control tower may identify the underlying action of the enemies and counter them by either shooting or bombing their location before causing harm to the innocent or the military personnel.

The zipline drone uses UAV to deliver products to a variety of destinations. It flies 100km per hour and delivers its supplies to the expected areas. Medical workers order medical supplies through a text message, and the drones are loaded with a parachute to deliver the purchase.

In inaccessible areas with poor infrastructure that can slow down the fast delivery of medical kits needed urgently, drones can be lifesavers. Besides, amazon has stabilized its air delivery and now uses drones to deliver pizza at your doorstep.

With all this information regarding drones, buying one that fits your purpose should no longer be a problem. They are crucial in a diversified number of ways. Contact us today for more information.

15 Most Wanted Drones for Shooting Aerial Photos and Videos

15 Mini Health and Fitness Gadgets to Use on the Go