Every year we brace ourselves to be hit by a new technology or a gadget(s) that will instantly become famous overnight and then we would wait till the time we can finally try that gadget or technology ourselves. But, as you might already know that not all tech gadgets are a superhit…some end up being a major failure!

And that’s why we are looking back at all those technology failures that happened over the past years. Here is the list of some of the biggest technology as well as gadget failure that ever took place: 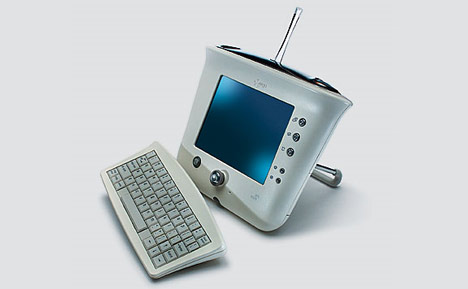 The 3Com Ergo Audrey was named after the Hollywood’s legendary actress Audrey Hepburn as released at the end of 2000. This tech product could play audio/video, access the internet, send/receive e-mails, and also synchronize one or two OS-based Palm devices.

This product was one of the first product from the line of the Ergo devices but after its discontinuation, the other devices were never released.

The Apple Power Mac G4 Cube was one of the Apple’s failed products. This G4 cube was discontinued within 12 months by the company. Although it looked good-looking desktop computer but it is said to be very overpriced and didn’t even offer consist of some of the basic features. 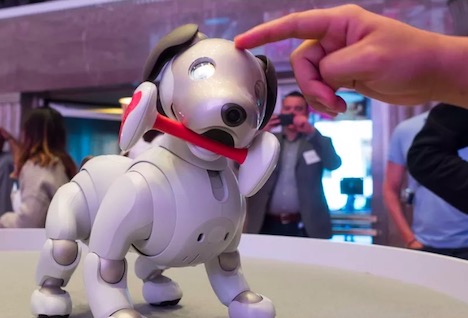 AIBO stood for Artificial Intelligence Robot and in Japanese, Aibo means ‘partner’. It was basically a series of robotic pets that was designed and also manufactured by brand Sony. The duration of Aibo was from 1999 to 2006. But it is rumored that another series of Aibo will be introduced in the mid of 2019. 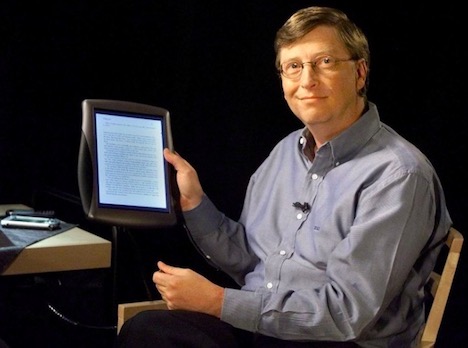 The tablet PC made its debut in the year 2001, even though the concept was great but maybe the timing was not right because this system was a major failure in the market. Even with the touch-screen display and twisting keyword, the users hated it. 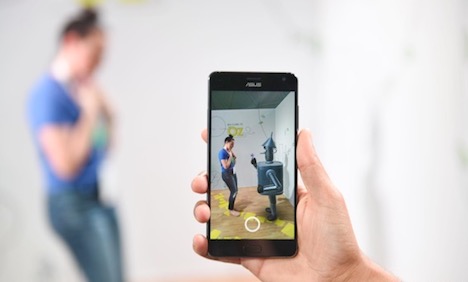 The Google Tango would have to be counted as a technology failure because of the rear-mounted tri-cam system could not fulfill the responsibilities of the augmented reality. And it was just launched for two smartphones, that were the Zenfone AR by Asus and Phab 2 Pro by Lenovo. 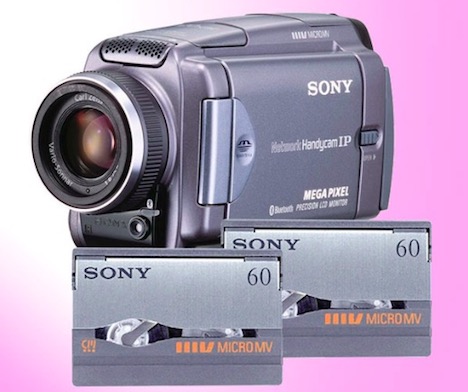 These MicroMV’s by Sony were too small and this resulted in even smaller tapes. This further lead to the downfall of the video quality. During the time of 2006, when the first HD-camcorders were released the majority of people quickly replaced their MicroMV’s.

Segway cannot entirely be labelled as a failure but when we look back at the efforts made during its promotion period, it’s not that big of a hit either. Segway was even used in several movies but still could not make its name in the market as a leading tech gadget.

This Smart Display by Microsoft was also known by its Mira, which was based on the concept of a wireless monitor. Basically with the smart display would turn into a tablet PC from a desktop computer. But due to very slow internet connection speed and lots of bugs, this smart display become a big failure. 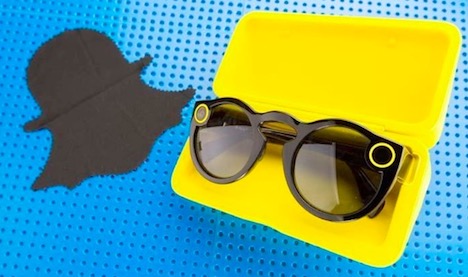 These bold and bright Snapchat Spectacles were a pair of smart glasses whose main objective was to record videos for the user’s snapchat. These glasses featured a camera lens and recorded short segments of videos that were uploaded on the user’s account when synced with his/her smartphone.

Nokia’s N-Gage mobile device has to be one of the most memorable one in the list of gadget failures. Basically, it was a combined version of a portable gaming system and a mobile phone. The concept was interesting but the real world output was a flop because of the ‘side-talking’ phrase.

Spot stands for Smart Personal Objects Technology and was created by the company Microsoft. The whole concept of smartwatches was first introduced back in the year 2003. But even after big product promotion by the brand Microsoft SPOT Smart Watches couldn’t impress this target users.

With all the ingredients in it to succeed, Google Glass still was not able to completely flourish. These smart spectacles first made its debut back in 2012 but were priced at a whopping amount of $1500. The main concern that rose here was the privacy reasons because the glasses recorded people without their consent.

Unlike the other PlayStations, this particular PSP Go device was a major failure mainly because of its high-end price tag. This product came into existence when the brand Sony decided to move away from the UMD towards the genre of downloadable games. But with iPhone offering the same facility at a cheaper rate, people switch towards Apple’s iPhone. 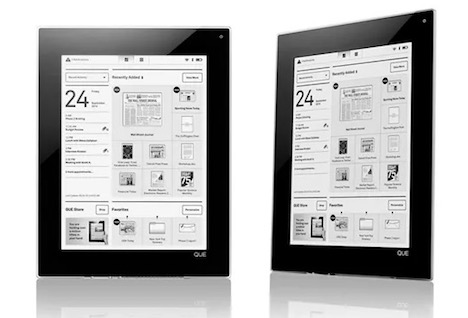 Plastic Logic Que proReader was released in the first quarter of the year 2010 and by the end of the year, this plastic logic que proReader was discontinued also. The first thing that made this gadget a risky bargain was the high price of the product and the other thing was the release of Apple’s iPad in the same year.

According to some reports, the Microsoft’s Kin was among one of the shortest-lived gadgets as it was discontinued in less than two months since its release. The Microsoft came into the market at the time of heavy competition with a heavier price.

Dreamcast was first released in Japan in the month of November in 1998 and then a year later Dreamcast came to North America. Even with the smooth-looking and spiral-topped console, Dreamcast was not able to lure its targeted audience of gamers into buying it. 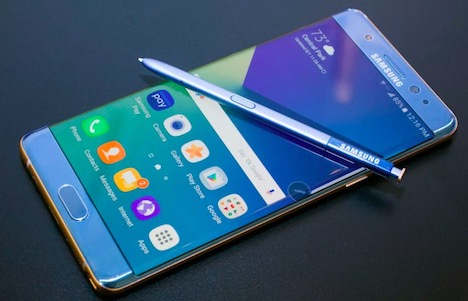 No one can forget the infamous Galaxy Note 7 incident that literally caused fire everyone and ended up getting banned from places like hotels, airports and many more. Samsung was left with no option but to retrieve all its Galaxy Note 7 devices, this caused more than $15 billion loss to the tech giant. 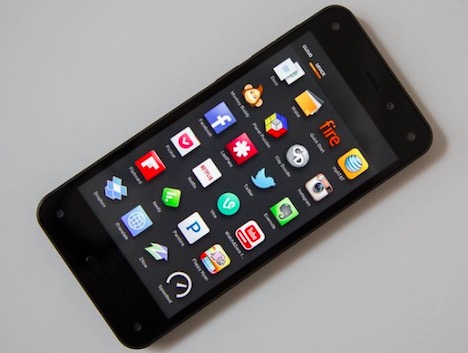 Amazon’s Fire Phone was a major mistake that was made by one of the Richest Man on the face of the Earth, Jeff Benzo. To somehow deal with this situation of Fire Phone, Amazon decided to lower down the price of the device by more than $400 and still this resulted in a tech failure. 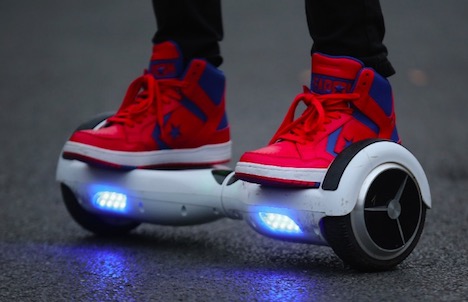 Hoverboards were another gadget that was prone to just bursting up in flames. There were several incidents reported of hoverboards catching fire and as more such cases were registered the majority of airlines banned these fun toys from being in the flight. 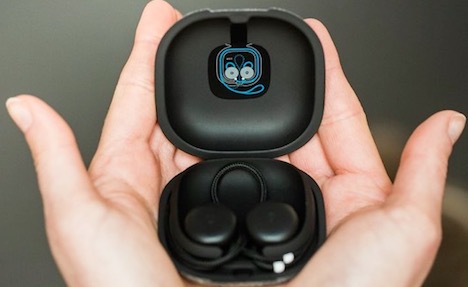 The main issue that didn’t allow these wireless headphones by Pixel to be a success was the fact that they were not at all comfortable to wear. Another thing was the sound quality which was stated as below average by the users and even the price tag of $159 was a huge turn-off.

So, this was the listing of some of the most memorable Technology Failures of all times. Although there are some honorable mentions like Napster, Betamax, and Netscape that also go down in the history of top tech fails.

Being a successful Business Analyst at Appdexa, Janet Scott keeps on getting new leads for this research and review firm. She also keeps on contributing to this platform with her engaging write-ups on a variety of technology-oriented topics.

Top 20 Most Impactful Technology Failures of All Time

20 Tech Inventions that are Completely Useless