How Website / Mobile App Cloning Help You Become A Billionaire

IT cloning is a concept of duplicating a technology idea that runs successfully around the world and launching it with smart marketing technique. This concept is not new but running from past a decade and getting popular nowadays. You might have seen many clones in daily life like Alibaba & Amazon, Whatsapp & Telegram, Youtube & Vimeo, Airbnb & Wimdu etc… all these applications/websites are very popular and generates revenue in billions. 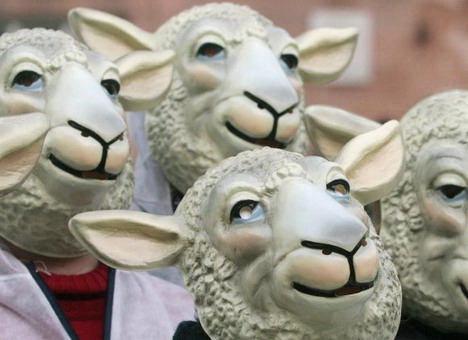 People always look for something new and creative, technology changes every day, something new comes up and something dies in trash but growth of it is huge and will always be. Cloning of websites and applications are very common, if you just type “Clone websites” or more specific keywords like “Instagram Clone”, “Airbnb Clone”, “Etsy Clone” or “Groupon Clone” then you will find thousands of website related to it but only few are good.

Here I am going to tell you a real life success story which proves that pragmatic approach always leads to success. 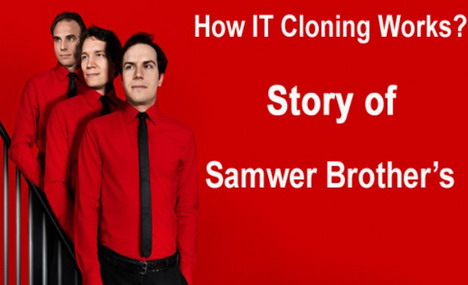 Samwer brothers from Germany also known as clone King; started their IT cloning from eBay. In 1999, they cloned eBay.com (Auction website) and launched as Alando.de (auction website) in Germany. Within 100 days of launch it got very popular and they sold it to eBay at $50 million. This purchase was very beneficial to eBay and was quick expansion in Germany which increased their revenue by some percentage.

In 2004, they cloned an US advertising model and launched Crazy Frog (popular animated character) to introduce Jamba (mobile content firm) which also became popular, and then it sold to Verisign at $270 million. The sale was proof of Samwer pragmatic approach built on innovation and hard work of others.

In 2007, started a venture capital firm known as “Rocket Internet” which invested on many clones like

Till now they have invested on 100+ technology companies in more than 50 countries.

In 2008, they cloned Zappos (ecommerce shoe selling company) and launched as Zalando which became popular in all major countries in Europe. The company valuation of Zalando in 2012 was more than a billion and still growing.

In 2009, Groupon launched deals in Canada which impressed Samwer brothers then they cloned it as usual and launched as Citydeal in 2010. With no time it became popular in Europe then as Groupon looks for expansion in Europe they purchased it for $126 million with 14% Groupon Share.

Now, Samwer brothers are working on Airbnb Clone (Wimdu) which is a big scope of success. Recently, Airbnb got $1 billion funding and similarly Wimdu got $90 million funds. They are following the same strategy as Airbnb, now it’s a question that actually who will succeed but there is no doubt that no one is in loss.

There is firm who are against website and application cloning known as 6wunderkinder founded in 2011, it reduced the cloning and fights against it but couldn’t stop it. Now, if we calculate the individual worth of Samwer brothers that is more than a billion dollar.

It is amazing to see that scope of IT cloning is huge, competitors are less, target audience is countless and the only problem that lies behind is to give a start. Samwer brothers did it and similarly others can do.

Taking another example of Instagram purchased by Facebook in 2012 recently got upset because Snapchat said “They are not for sell” and in against they launched Snapchat clone “Bolt” by adding more sharp features to it and clear signal to Snapchat that we can beat you. Still left a question that which is better?

Let me give you some easy steps on how to clone any website or application.

1) Choose the industry: It is important to know that on what category you would like to enter in IT industry example banking, stocks, android, iOS etc…

2) Find the best running website or application in the particular niche like Airbnb in traveling, Linkedin in professional networking, Etsy in Marketplace, OLX in Classified ads etc…

3) Find the business model of particular website or application and start working over it.

4) Find out the strategy followed by the company for promotion.

5) Find flaws or improvement in the website or application.

6) Develop the website or application and start promoting with adding new features.

It is important to note that you must have a good amount of funding which will help you to grow & expand fast. The IT Cloning market will always grow some new technology will come up and people will clone it as it grows. I hope you may find it interesting and would love to see your comments with love.

Gaurav Sharma is a founder of Attrock.com, a Digital Marketing Manager at Nine Hertz and an Online Marketing-Tech Blogger. He has expertise in SEO, ASO, PPC and other parts of Online Marketing fields. He is an enthusiast and love to explore new stuffs.

5 Tips for Taking Your Company Website Mobile and Creating Apps

How to Send Free SMS Text Messages Online From PC, Internet, Website and Email to Mobile or Cell Phone

Do Not Fall for These 15 Facebook Cloning Scams and Hoaxes