Competition is not always faithful and the market economy does not always reward the best and brightest ideas. This fact has been part of developed society ever since the earliest days of capitalism, understood as the system in which supply and demand regulate the flow of products. It remains true in what concerns the last rush for gold – the online business environment. 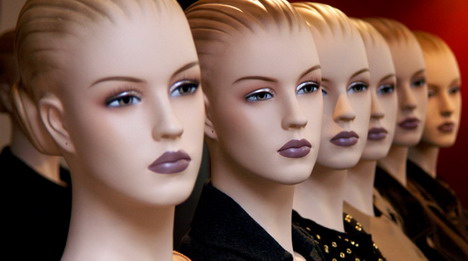 The following websites took flattery (imitation) for the best products of Silicon Valley to new peaks, enjoying an immense growth of their own. Some were purchased by the original sites early on, others grew to dominate entire regions of the world. However, each presents a successful, however immoral, business model.

Attracting almost 6.5 million unique visitors in one month back in 2013, ScoopWhoop was started with just $2,000 by five people with advertising and public relations backgrounds. It quickly rose to being one of the most popular sites in India, outperforming other traditional sites. By copying the popular format of BuzzFeed and addressing Indian themes, such as foods and holidays, the site managed to establish a powerful local presence.

The three Samwer brothers heading Rocket Industries, the parent-company of Zalando, are the most infamous figures of the cloning industry. Through aggressive growth strategies and an eye for rising American companies, their international copies have gone over the number 100, some overcoming the companies that stood as inspiration. Dealing in fashion retailing, Zappos was an online shoe store that was bought by Amazon for $1.2 billion in 2009. Zalando, in turn, grew to reach a yearly revenue of almost $3 billion.

The list of copies financed by the Samwer brothers is immense, but the starting of MyVideo, early on in 2007, remains one of the pioneering initiatives. Purchased by Germany’s biggest television broadcaster, ProSiebenSat1 Media, for $26 million, MyVideo eventually fell into obscurity.

Another product of Rocket Industries, Lazada, or the “Amazon of Southeast Asia”, closely copies the Amazon interface. Financed by the $1 billion majority stake buy-in from Alibaba, the company has dominated the region since its launch. However, it faces new competition from Amazon itself, which started opening offices in Singapore and pouring as much as $3 billion into India, all in preparation for the ripe e-commerce market that Southeast Asia will soon become.

Some website clones try to shake up the original concept or method. While Tinder used Facebook to match people, LinkedUp uses LinkedIn, the social media platform for professionals, toward the same purpose. Everything else, from theinterface to the slight variance in wording, is similar if not exactly the same. 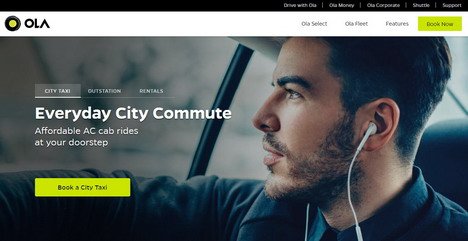 The relationship between Uber and its Indian clone, Ola, is peculiar. Instead of competing with one another directly, the two companies often join to face the protests of a larger enemy – cab driver unions.

The original site through which homeowners could rent out their homes for specific periods of time, AirBnb was extensively copied internationally. As a result, it had to go on a buying spree, engulfing its smaller clones. One such clone was Accoleo, which addressed students that wanted to find boarding in Germany.

Another AirBnb clone was Vamo, a platform that coupled event discovery with accommodation. Before being purchased by AirBnB in 2015, Vamo had raised $1.6 million in venture financing.

HomeAwayhad an entirely different strategy. A vacation rental marketplace, it aggressively bought smaller similar websites around the world and grew exponentially, attracting the attention of travel-planning giant Expedia, which bought it for almost $4 billion. With a sizable influx of cash in the beginning, it was able to make a huge profit in the end.

The most successful AirBnb clone, however, was molded by the skilled hands of the same Samwer brothers. Started as a copy, Wimdu took off so impressively that it became a strong competitor to the original version, dominating Europe.

Launched by two brothers in 2010, Beeconomic was a faithful copy of Groupon. Less than a year after it was launched, Groupon purchased the site for $24m and turned into a regional subsidiary of the company. Groupon even kept the original team and made use of their local popularity and relationships.

A few months later, Groupon purchased another of its clones, this time in Melbourne. Costing under $1 million, the company was quick to spot Crowdmass before it could establish its own local connections. With a small user base and low revenue, the copycat was bought and added to the Groupon Australia group due to its valuable employees.

One of the earliest and most successful clones, performed by no other than the Samwer brothers, StudiVZ was identical to Facebook. It was purchased by the German publishing company Holtzbrinck for over $100 million in 2007.

The self-proclaimed “Russian Facebook”, vkontakte.ru does not even hide the fact that it is a copy. Spreading out in Belarus and other Slavic Eastern European countries, it totally dominates the social media market in the region.

Back in 2008, YouTube’s Russian copy, RuTube, was valued at as much as $15 million. Started shortly after YouTube was bought by Google, the site saw 400,000 daily users and a heavy stream of videos. The website was also backed by Russian media and the oil giant Gazprom.

Specifically designed for India, this Facebook clone includes movies and TV shows, not to mention numerous news on Indian celebs.

Even more complex websites such as payment processing API, sold primarily to developers, did not escape the reach of Rocket Internet and the Samwers’. With almost identical code snippets and wording, the 2012-launched clone is another “success” story.

Pinterest, the social media platform that revolves around images, has been copied and recopied numerous times, but almost always repurposed. Trippy, for example, addresses travelers and organizes its photos according to location. Similarly, Wanderfly and Gtrot address the same audience.

Backed by Rocket Internet, eDarling came to be the leading European online dating service since its launch in 2008, even though it is a copy of the American eHarmony website. If initially eHarmony looked to purchase its European clone-competitor, in 2013 eDarling bought its shares back and totally separated from the original-concept company, looking to maintain its European domination.

Website cloning is today an industry unto itself, with companies specifically designing tools to clone the most popular or up-and-coming websites. As we have seen, most clones use the same format and idea but in a different international context. Some, like HomeAway, specifically aim to be purchased by larger companies. Some, like LinkedUp, make minor changes to the original concept. Finally, like eDarling or Vkontakte, some become actual regional competitors.

If e-commerce and social media clones are abundant, in the Pinterest clones we see another trend – fragmentation. A successful idea is taken and put to service the needs of a niche or subset of the audience. Cloning, however, remains a harmful practice that damages original ideas and discourages business. It is, however, capitalism and profit-making at its best.

Kate Lincoln is a Business Analyst passionate about Customer Motivation, Customer Engagement and Customer Relationship Management in general. She is also a Content Editor for CustomerSurveyAssist.com, which is a site that describes each customer survey in detail, telling you everything you need to know about that survey in order to fill it out fast and in a correct manner.

How Website / Mobile App Cloning Help You Become A Billionaire

What You Can Learn About Website Design from Gaming Websites