Updated on November 20th, 2014 by Jules, Quertime Editorial in Humor

The first rule of using Internet is ‘don’t believe everything you read on Internet’. This is especially true when you stumble upon some odd news on Facebook, Twitter and other social media. These days, more and more people are getting news through their social networks and blogs. But it’s always good to verify the authenticity of the content and consider the source before sharing any news with your friends.

In today’s post, we would like to share with you some famous fake technology stories that have gone viral on the web in the form of online news and ads. These hoaxes are intentionally crafted by some notorious pranksters, making it looked so real and difficult to tell truth from fiction. We hope you’re not a victim of these pranks.

If you happen to know of any technology related hoaxes, do share with us!

This is Apple’s famous fake ad that has been circulating on Facebook, Twitter and other social networks after Apple released its iOS8. The ad tells iPhone users that the new operating system has a cool feature that allows iPhone to be charged inside the microwave. Well it’s obviously a prank, but unfortunately some iPhone users have fallen prey into it.

Here are some tweets showing some iPhone users had allegedly charged their phones in the microwave. And you should know the consequence of using this ‘Wave’ feature… 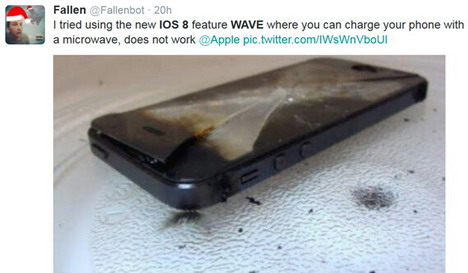 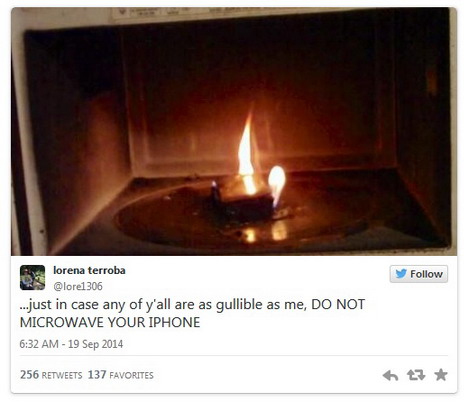 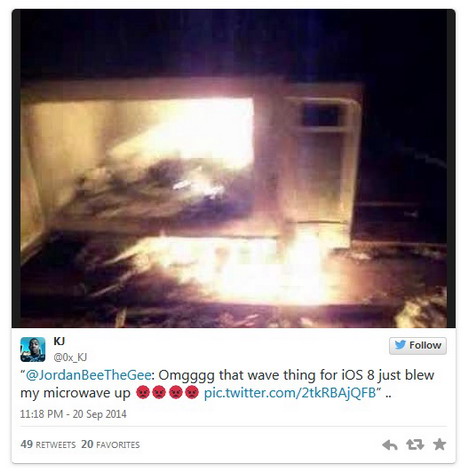 If you really want to see what will happen to iPhone if you put it in the microwave. Here’s the video. Enjoy and do not try it at home!

When Apple rolled out iOS 7, there’s a fake ad released claiming that the operating system can make your iPhone and iPad waterproof. The fake ad’s minimalist design looks exactly like Apple’s own advertising and one of the paragraphs even started with the title of ‘Update to iOS 7 and become waterproof’. The way this waterproof feature works is that iOS 7 can detect if the device hits the water. It will then instantly shut off the phone’s power supply to prevent any damage. The joke has caused some iPhone users try it out and ruin their devices.

Below is the full fake ad and followed by some victims’ complaints on Twitter. 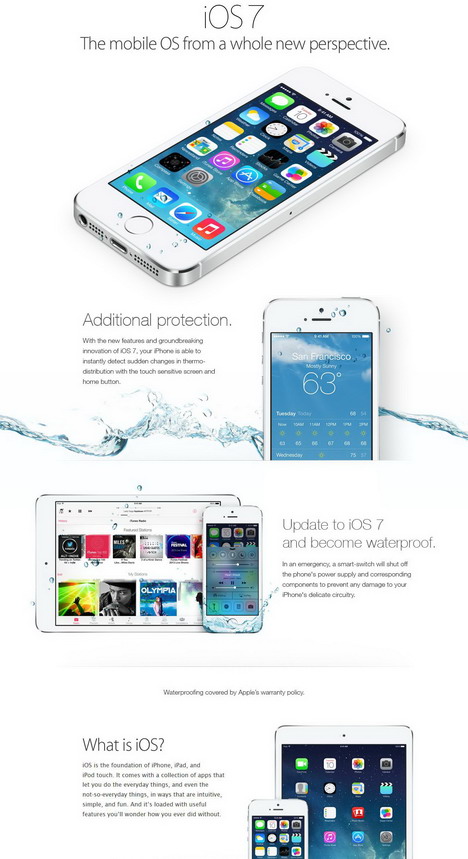 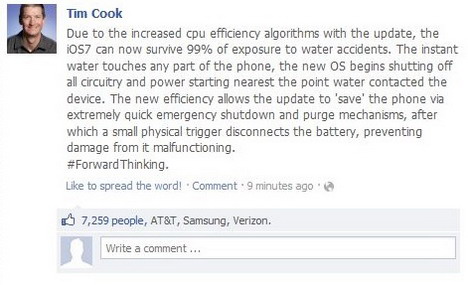 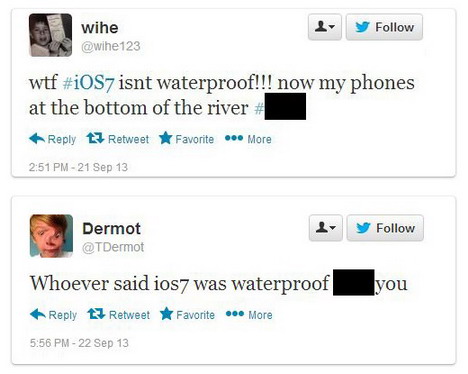 If you are interested to see how iPhone 6 reacts to water. Here’s the video. 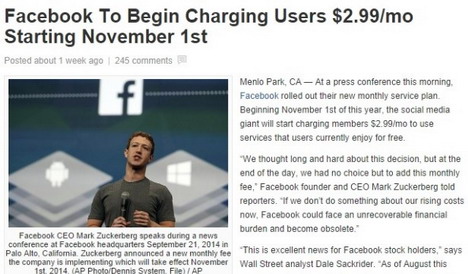 The online news, as shown in the above screenshot claimed that Facebook will begin charging users $2.99/month starting November 1st. Don’t worry, Facebook is not going to charge you any fee. In an effort to stop this fake rumour, the largest social network even put up a page making this clear statement “Facebook is a free site and will never require that you pay to continue using the site”.

Question: Will Facebook ever charge for service?
Answer: No. We will always keep Facebook a free service for everyone. 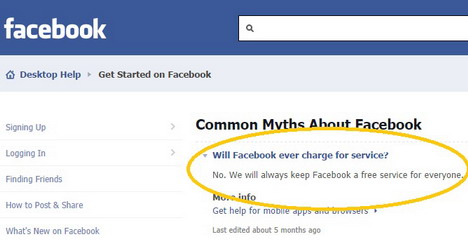 During Gmail’s 10th anniversary, Google launched a new feature called ‘Gmail Shelfie’ which stands for shareable selfie. It lets you enjoy your self-portrait in the background while checking, writing or reading your mails. Google even claimed that it is the pioneering platform for selfies and explained how this trend began as shown in the graph below. 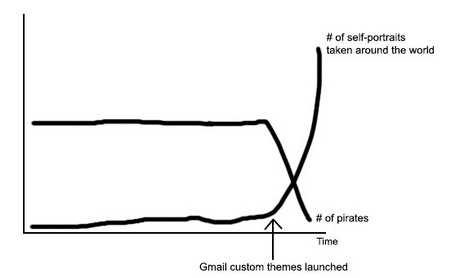 5. Google Chrome for Android and iOS: Emojify the Web

This cool Google Chrome feature supports for translating words to emojis. Yes, by using Chrome browser for Android and iOS, you will be able to read all the web content using emotive illustrations instead of boring texts. Not only does the Google Translation algorithm interprets the definition of the words, but also their context and tones in order to convert them into symbols. Many people believe in this hoax simply because it makes complete sense.

Find Out Fake and Real Twitter Followers You Have

Do Not Fall for These 15 Facebook Cloning Scams and Hoaxes