All You Need to Know About Google AutoDraw

Updated on July 2nd, 2018 by Quertime Writer in Graphics

This demonstration of the combination of AI and machine learning may sound very technical to those who are linked to such technologies, but for the ordinary people, this is a very fun app. All you have to do is to pick the color and start drawing. There is no need to worry about your designing skills because Google AutoDraw is there to help you in making you not so professional drawing into the professional piece of clipart.

When you pick the color and start drawing, the Google’s algorithm tries to figure out what you are trying to make and then show you the suggested clip art on its top bar. If you find out your desired object in the top bar, just click on it and you will get a perfectly drawn object. Once you have finished with your drawing, you can share or download the image but only in PNG not in the vector.

How does it work? 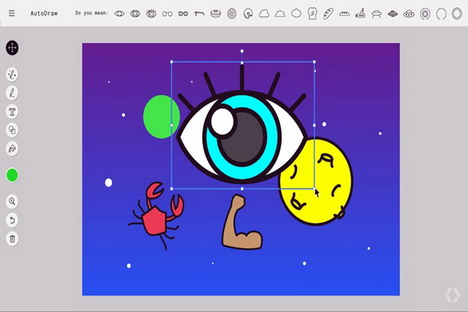 There is no accurate information about how Google build this wonder or what algorithm they used behind it. Google tends to keep it secret and let people make guesses and hypothesis to understand the greatness of AI and machine learning. That is why we are also going to make a few educated and technical guesses here too to understand the actual meaning of machine learning and how Google used it in AutoDraw.

When any machine doesn’t need to be explicitly programmed to do something is called a machine learning that is a type of computation. This machine tries different things on its own and will give you the right feedbacks and will keep refining its result until you get the result which you are trying to ask from the machine. 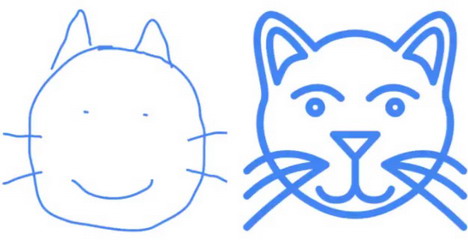 Following are some examples of how the machine learning can help to boost the productivity and these examples will also give an idea about the potential of Google AutoDraw.

The developers and programmers programmed the machine learning to play the “Atari” game. The developers create an algorithm to play the Atari. The most important thing to know is that the agent is given a sensory input, and it is ordered to maximize the result or score of Atari. Moreover, there was no domain knowledge is involved this means that algorithm doesn’t know about the concept of the ball in the game and what the controls exactly do.

In the initial phase of play, the algorithm tries to hit the ball but yet too clumsy to manage. But after 120 minutes of training, the algorithm figure out how to play like an expert. After playing 240 minutes, the magic starts happening. This is where the beauty of algorithm begins, and the algorithm starts finding other ways to complete the game quickly. Means it start digging the tunnel through the wall which is the most efficient way to winning the game in Atari.

How they build AutoDraw?

The dataset has been used in the AutoDraw. AutoDraw allows Google to combine the data I got from the drawing from its basic drawing app and turn the scribbles into beautiful clipart.

Initially, it uses the database and the strokes that you make to draw something to figure out what you are trying to draw. Then, using the data of your strokes, it searches the library of clipart and finds the drawing which resembles the pattern of your strokes.

To make its algorithm better and better, the AutoDraw also values your feedbacks. It doesn’t ask you to rate this web application but measure it through your clipart picks. If you pick only one clipart for your drawing, the algorithm of the AutoDraw will take it as a positive feedback and will more likely to show the same kind of results in the future. If you do not pick any of the clipart from the suggestions, this will be considered as the negative feedback from the Google AutoDraw algorithm and will less likely to show you same kind of suggestions in the future. Over the time the Google AutoDraw collects more feedbacks and the data of your drawing pattern, the better it is going to show you the results of your needs. 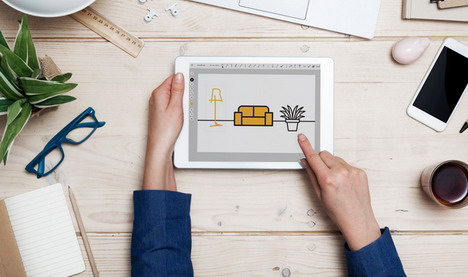 Google AutoDraw is not only the tool for clipart. It is a complete graphic designing package. There are various other tools too which you can do too in AutoDraw like adding text, shapes and fills to your image. This is a great tool for all the beginner graphic designers who are not expert enough to create their own clipart and always depend on the vectors downloaded from the internet.

If you are a new designer and want to make a quick party flyer, then the Google AutoDraw can be a great application to use. This will not only speed up your designing process by providing you all the clipart and needed items on the go but will also keep the quality up to the mark. All of this can only be obtained by the experts on the software like Photoshop and Illustrator, but for the new designing students, the Google AutoDraw can be a great tool to start your career in the graphic designing.

According to the sources in the Google, right now the Google AutoDraw is capable of predicting hundreds of drawing, and they are looking to add more over the time and to make the algorithm more précised as per the need of the user. Moreover, they are optimistic to take it further and believes that Google AutoDraw will help to make the drawing better and to create a little more accessible and fun for everyone.

Jessi Ryder is a Master in Literature from the Imperial College London and has been involved in blogging and providing the services like RealAssignmentHelp.co.uk.