Updated on July 2nd, 2018 by Jules, Quertime Editorial in Software

Audio editor, a sound editing software that’s commonly used to record music, process and edit audio files, mix sound tracks, and apply sound effects. They can also be used to remove unwanted sounds like clicks and pops and convert between audio formats. If you happen to be a multimedia creator or music lover, then today’s post is specially written for you. Below you’ll find 24 free digital audio editors we found from the net. Some of these software programs even offer sophisticated audio features and support many advanced operations with audio data. So why don’t you give them a try before you decide to purchase a license for Adobe Audition, Soundforge or Cool Edit? 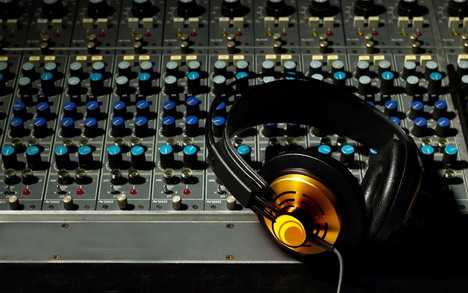 Sharing is caring, if you know of any other free and useful audio editor, please kindly share with us in the commenting area below.

Audacity
Audacity is free, open source software for recording and editing sounds. It is available for Mac OS X, Microsoft Windows, GNU/Linux, and other operating systems. The software allows you to record live audio, convert tapes and records into digital recordings or CDs, and edit Ogg Vorbis, MP3, WAV or AIFF sound files. You can also cut, copy, splice or mix sounds together and change the speed or pitch of a recording. 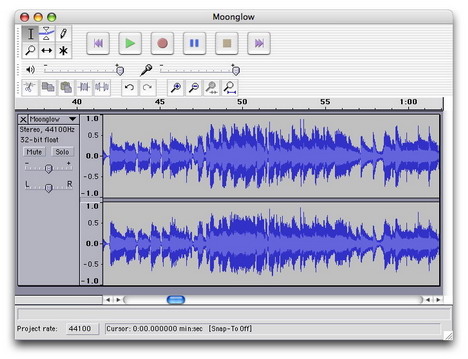 WavePad Audio Editing Software
WavePad audio editing software is a full-featured professional audio and music editor for Windows and Mac. It lets you record and edit music, voice and other audio recordings. When editing audio files, you can cut, copy and paste parts of recordings, and then add effects like echo, amplification and noise reduction. WavePad works as a wav or mp3 editor, but it also supports a number of other file formats including vox, gsm, wma, real audio, au, aif, flac, ogg, and more. 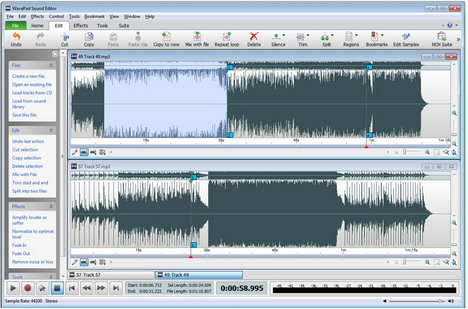 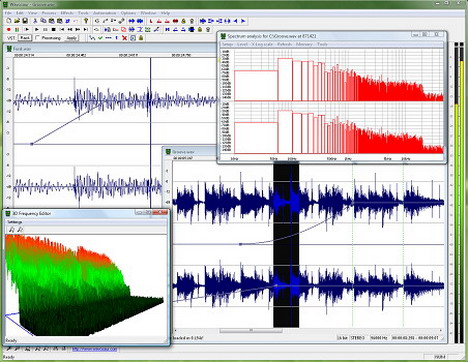 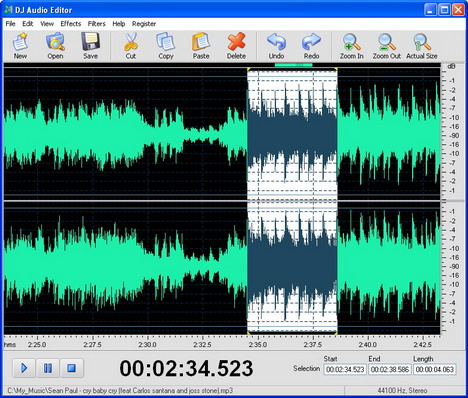 Wavesurfer
WaveSurfer is an open source tool for sound visualization and manipulation. Typical applications are speech/sound analysis and sound annotation/transcription. WaveSurfer may be extended by plug-ins as well as embedded in other applications. 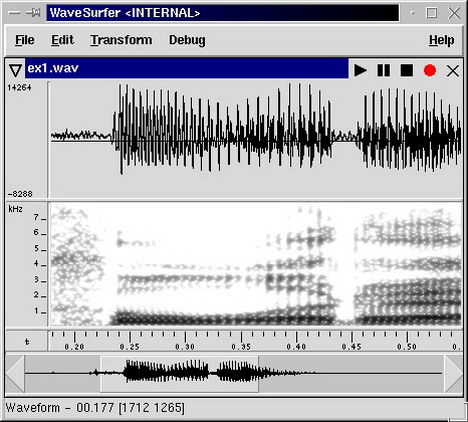 Power Sound Editor Free
Power Sound Editor Free is a visual audio editing and recording software solution, which supports many advanced and powerful operations with audio data. You can use the software program to record your own music, voice, or other audio files, edit it, mix it with other audio or musical parts, add effects like Reverb, Chorus, and Echo, and burn it on a CD, post it on the World Wide Web or e-mail it. 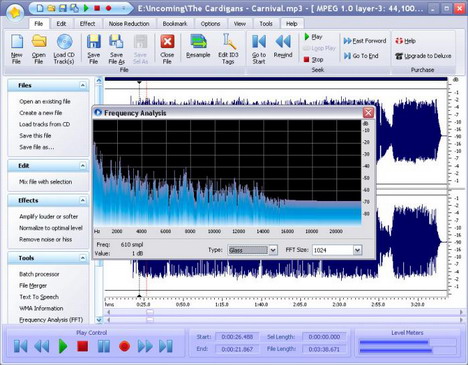 mp3DirectCut
mp3DirectCut is a fast and extensive audio editor and recorder for compressed mp3. You can directly cut, copy, paste or change the volume with no need to decompress your files for audio editing. This saves encoding time and preserves the original quality, because nothing will be re-encoded. The built in recorder creates mp3 on the fly from your audio input. Using Cue sheets, pause detection or Auto cue you can easily divide long files. 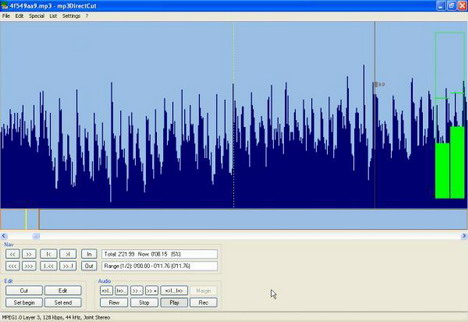 Ardour
Ardour is a multichannel hard disk recorder (HDR) and digital audio workstation (DAW). It is capable of simultaneous recording 24 or more channels of 32 bit audio at 48kHz. Ardour is intended to function as a “professional” HDR system, replacing dedicated hardware solutions. It supports MIDI Machine Control, and so can be controlled from any MMC controller, such as the Mackie Digital 8 Bus mixer and many other modern digital mixers. 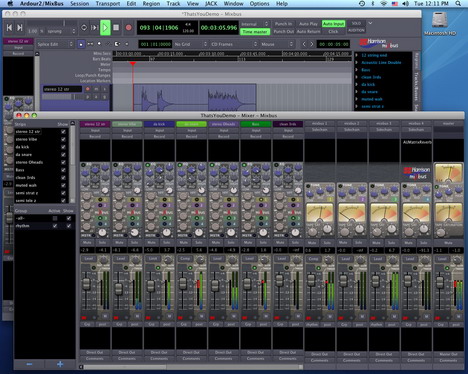 Rosegarden
Rosegarden is a well-rounded audio and MIDI sequencer, score editor, and general-purpose music composition and editing environment. It is an easy-to-learn, attractive application that runs on Linux, ideal for composers, musicians, music students, and small studio or home recording environments. 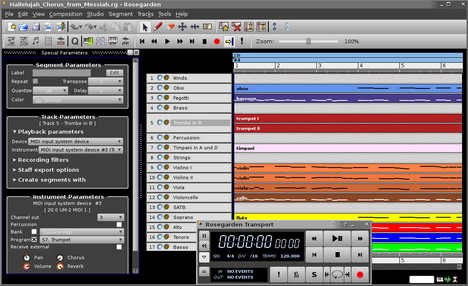 Hydrogen
Hydrogen is an advanced drum machine for GNU/Linux. Its main goal is to bring professional yet simple and intuitive pattern-based drum programming. 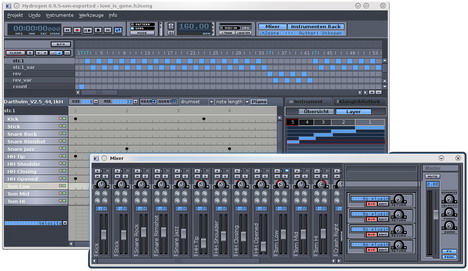 Music Editor Free
This sound editing software is a full featured audio editor for Windows. It allows you to record and edit music, vocal and other sound. You can easily get your masterpiece produced. When editing audio files you can cut, copy and paste parts of recordings and, if needed, add effects like echo, amplification and noise reduction. Music Editor Free works as a wav editor or mp3 editor but it also supports a number of other file formats including vox, gsm, au, ogg, wmv and more. 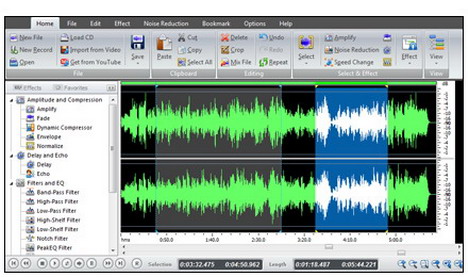 Eisenkraut
Eisenkraut is a cross-platform audio file editor. It requires Java 1.4+ and SuperCollider 3. It supports multi-channel and multi-mono files and floating-point encoding. An OSC scripting interface and experimental sonagramme functionality are provided. 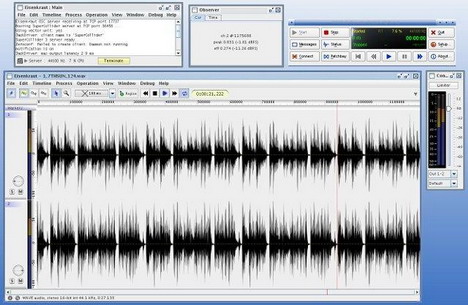 LMMS
LMMS is a free cross-platform alternative to commercial program like FL Studio, which allow you to produce music with your computer. This includes the creation of melodies and beats, the synthesis and mixing of sounds, and arranging of samples. You can have fun with your MIDI-keyboard and much more; all in a user-friendly and modern interface. 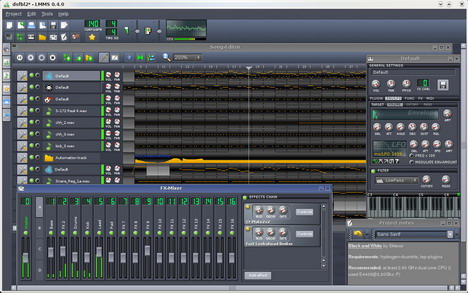 Mp3Splt
Mp3Splt-project is a utility to split mp3 and ogg files selecting a begin and an end time position, without decoding. It’s very useful to split large mp3/ogg to make smaller files or to split entire albums to obtain original tracks. If you want to split an album, you can select split points and filenames manually or you can get them automatically from CDDB (internet or a local file) or from .cue files. Supports also automatic silence split, that can be used also to adjust cddb/cue splitpoints. Trimming using silence detection is also available. You can extract tracks from Mp3Wrap or AlbumWrap files in few seconds.

Qtractor
Qtractor is an Audio/MIDI multi-track sequencer application written in C++ with the Qt4 framework. Target platform is Linux, where the Jack Audio Connection Kit (JACK) for audio, and the Advanced Linux Sound Architecture (ALSA) for MIDI, are the main infrastructures to evolve as a fairly-featured Linux desktop audio workstation GUI, specially dedicated to the personal home-studio. 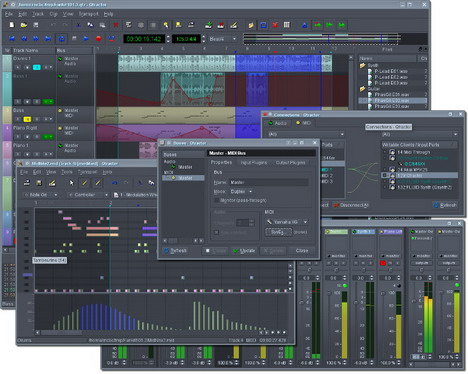 ReZound
ReZound aims to be a stable, open source and graphical audio file editor primarily for but not limited to the Linux operating system. 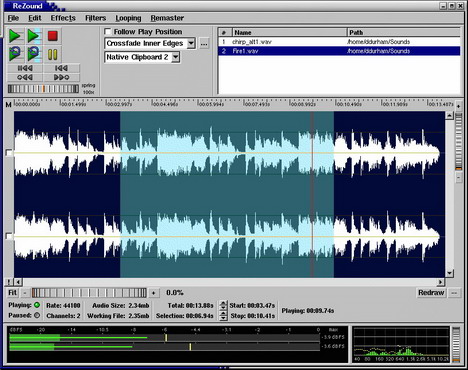 Jokosher
Jokosher is a simple yet powerful multi-track studio. With it you can create and record music, podcasts and more, all from an integrated simple environment. 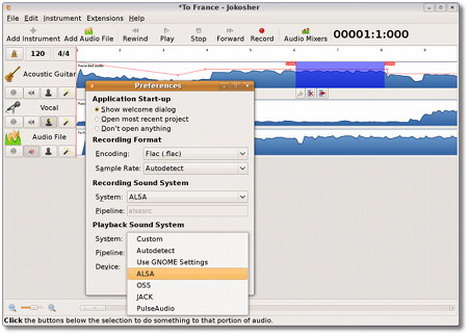 Traverso DAW
Traverso DAW is an audio recording and editing program which is very well suited to record a single voice, a band, an ensemble, a whole orchestra or any other source of music. The editor can be used for on stage recording using only a simple netbook, due its great real screen estate and optimized audio engine, or use it on a powerful box with hundreds of tracks, easily managed using track folders. It also allows you to apply effects to each song or to all songs by using the Album Mixer, and burn it to CD. 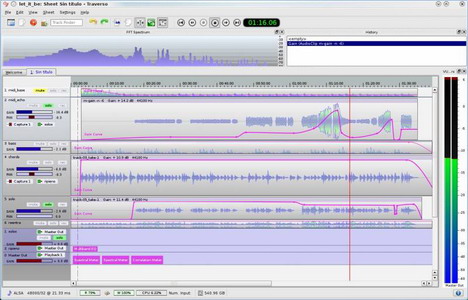 Wave Crafter
Wave Crafter lets you create and edit voice and other audio recordings. You can cut, copy and paste parts of recording and, if needed, add effects like echo, amplification and noise reduction. 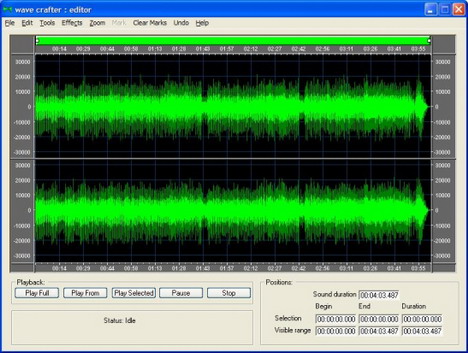 Sweep
Sweep is an audio editor and live playback tool for GNU/Linux, BSD and compatible systems. It supports many music and voice formats including WAV, AIFF, Ogg Vorbis, Speex and MP3, with multichannel editing and LADSPA effects plugins. 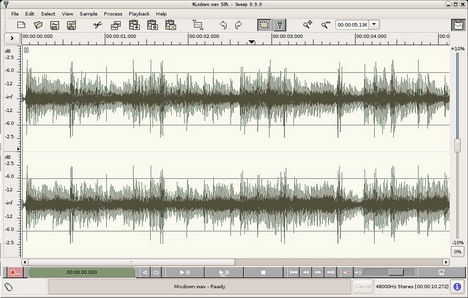 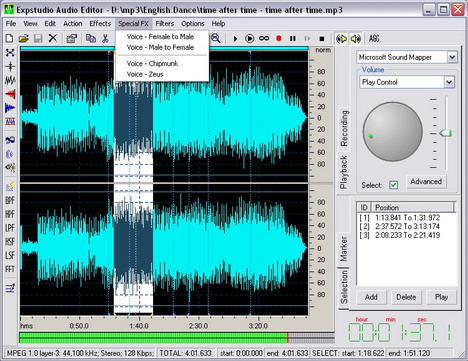 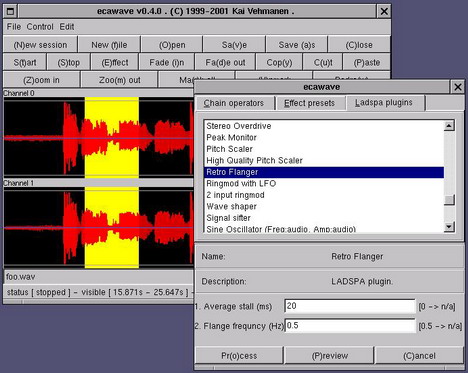 Audiobook Cutter
Audiobook Cutter splits your MP3 audio books and podcasts in a fast and user friendly way. The split files can easily be used on mobile MP3 players because of their small-size. It allows smooth navigation through the book and let you continue from where you stopped listening. The split points are determined automatically based on silence detection. Because of this feature, long audiobook recordings can be cut into manageable albums with just a few clicks. This software is applicable for all kind of spoken MP3 content. 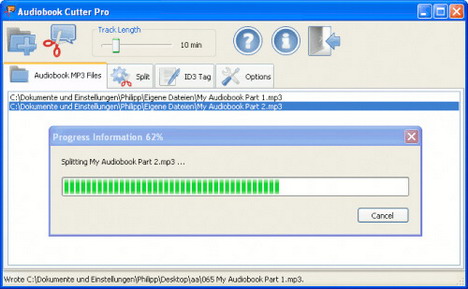 Kangas Sound Editor
Kangaroo-themed program allows user to create music and sound effects. It uses a system of frequency ratios for pitch control rather than conventional music notation and equal temperament. It allows instruments, both musical and percussion, to be created. 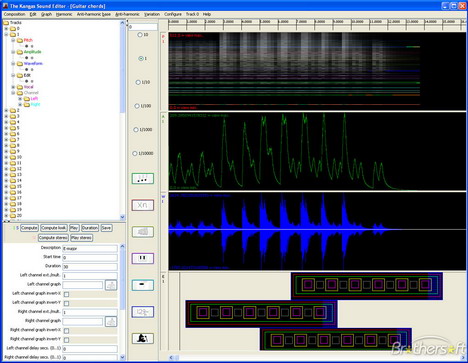