Updated on November 15th, 2014 by Quertime Writer in Software

When it comes to speed up Mac performance, people wonder if they have to upgrade the system configuration. They might be correct, though; however, hardware upgrade is not the only step they need to take. In fact, many other steps, such as defragmentation, hard drive cleanup, and the like can also be taken in order to improve the performance of the Mac. 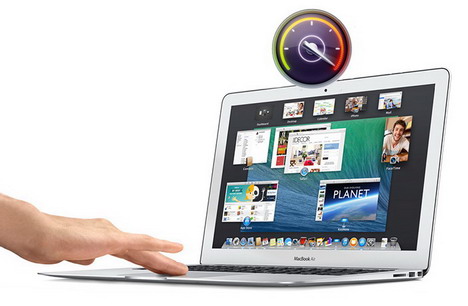 Digging deeper inside the Mac makes you witness certain system hardware components, such as RAM, hard drive, Ethernet card, and more. However, upgrading them is not the only step you must take in order to achieve speedy performance and faster execution. Instead, following are the things you can also go for:

Even though the HFS+ file system on Mac OS X is intelligent enough and splits the hard drive space into blocks of certain sizes (divisible by 8, 16, 24, 32, and so on) so as to allocate a separate block to each file. As per the intended storage allocation scheme, the block allocation system follows size compatibility as the primary approach. In other words, the files will be stored in the blocks based upon their mutual size compatibility. However, some inefficient storage algorithms fail to organize the storage blocks in the intended order, and therefore, they are stored randomly.

For instance, suppose an array of integers (let us say int a = [1, 2, 3, 4, 5]) is produced after execution of a program in C language and it requires space on the hard drive to store them for further usage. When another program is executed to print this array, the array items must be arranged in the same order as they were produced in (i.e. 1, 2, 3, 4, 5). However, in a state of fragmentation, the array elements might be stored randomly, and therefore, the order in which they are printed in is also incorrect. In case the print command follows a sorting algorithm, it will first sort the integers in an order specified in the algorithm, and then print the array items in the correct order.

Since extra tasks utilize extra system resources as well as time, they increase the time taken to finish the process, and therefore, the performance of the Mac undergoes considerable downfall. In this state, since the files saved in the blocks of the hard drive are scattered, and therefore, they take longer time to respond when you try accessing them.

Defragmentation is a process that must be carried out in order to improve the performance of the Mac, especially when they slow down after a long period of rigorous usage. The process involves reorganizing the blocks of the hard drive in a logical order, and hence, to minimize their response time.

As specified in the above example, the array elements (i.e. 1, 2, 3, 4, 5) might be stored randomly (e.g. 1, 4, 2, 3, 5). Since defragmenting the hard drive rearranges the storage blocks in a logical order, the output of the print statement must be correct (i.e. [1, 2, 3, 4, 5]) without using a sorting algorithm before the print statement. Therefore, a defragmentation tool is worthwhile for Mac OS X even, and is a must have tool to fix performance issues.

Hard drive cleanup involves either deleting the unwanted data, such as temporary system and Internet files, the large files that have not been used for a long time, and the like or moving them to an external drive in order that they can be made available if they are required. In this regards, go through the Mac volumes one by one and see if any such item is there. Check all the volumes individually and make sure not even a single unwanted or useless file remains undeleted or unmoved.

In addition, the biggest thing you must take care about the Mac is that not even a single volume contains data more than or equal to 90 percent of the storage capacity of its own. In other words, each volume, and hence, the hard drive has free space equal to at least 10 percent of its storage capacity. A hard drive or a volume violating the required criteria may get corrupt at anytime.

Well, you must have experienced sluggish boot, poor execution of applications, file and folders taking almost forever to open, and some like issues on the Mac. This might be due to a number of apps installed on it. In fact, the larger the number of installed applications, the lesser is the free space in the boot volume. Alike secondary volumes, the amount of free space in the boot volume should not be lesser than 10 percent of the storage capacity of the volume itself. Besides, it is recommended that install an app only when it is required, and uninstall it in case you are not going to use it any further.

It is not always the unwanted data filling up the hard drive space uselessly, and/or the unnecessarily installed applications filling up the boot volume, but sometimes the system generated temporary files are also a cause of disk space consumption unnecessarily. In fact, these files must be deleted automatically after the parent processes (a program under execution is termed a process) are completed successfully. However, they remain undeleted even after the parent programs are no longer in a state of execution. Deleting all such files requires a professional clean up Mac software, which is able to perform the intended task efficiently. In order to have such a tool, you can go online and search for it. If necessary, take experts’ help.

Mac computer are referred the ‘Best’ based on their performance, which more or less is due to the excellent quality hardware they embed. Since not each Mac machine has a similar system configuration, upgrading which undoubtedly increases the level of performance they give. However, upgrading the system configuration (such as RAM) is not always an option for each of you. 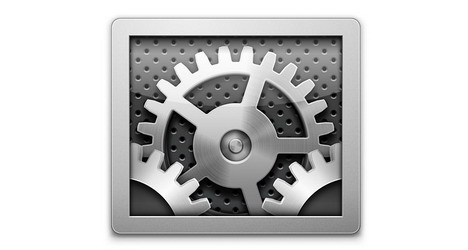 Actually, though hardware upgrade is recommended for performance enhancement, the option is not suitable for everyone who uses Mac. Therefore, those who are not in favor of hardware upgrade can opt for other options, such as Mac cleanup or speedup tool, or they may also choose an option that advices them to install only necessary apps and store only required files on the Mac. Moving all rarely used items to an external portable hard drive is also a nice option.

Donald Kepler is a writer for Quertime.com.

Make Your eCommerce Store Reach Its Peak Performance with Magento