Updated on July 2nd, 2018 by Quertime Writer in Cyber Security

One of the main facts regarding the computer security about the Apple Mac is the computer will never be infected with any of the malware. Because of this fact, the most of the Apple Mac OS X users does not have any of the antivirus installed, let alone any of the firewall, it will becomes the favourite target of the hacker. Mac Firewall is good for spyware stopping, stop Trojan from sending the information of the credit card and monitoring the key logger installed.

So here, we are moving on to the discussion about the Apple Firewall Apps for MAC OS X. 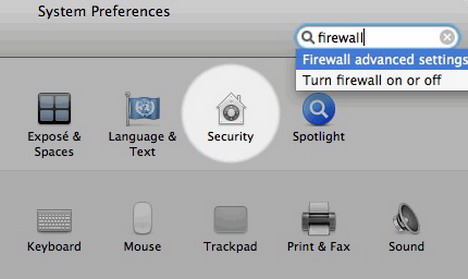 1. One periodic Hands Off 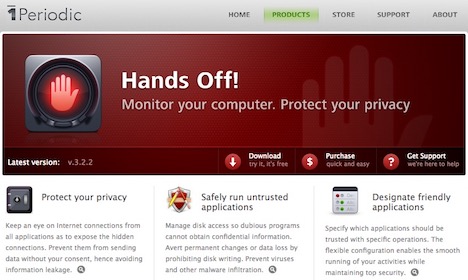 If you need to keep and secure the computer, you can use the App Hands Off. It will silently monitors all of the operations that are performed by the applications which running in the background of the computer. Hand off notification will appears when any of the application will try to perform an operation based on the any of the rule defined. The notification includes all of the essential information about the operation that allows you to create an informed decision. Furthermore, till answer the notification, the operation will be safely blocked and the app Hands off keeps you as protected. The hands off apps do the following:

Little Snitch is one of another application found in the MAC OS X. As you know, firewall is for incoming connections. The little snitch is not only disclose any of the outgoing network connections, and make an attempt to ensure that the sensitive data doesn’t leave the computer without any consent. The inbound firewall of little snitch gives you with the similar level of control for the incoming network connections. 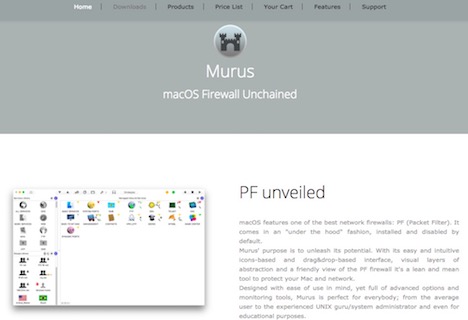 The app Murus Lite is the beginning level of the frond end of firewall. Everyone can download this app and can use it as free. The logging and inbound filtering and can be used to save services which are running on the Mac are the features of the Murus Lite. In spite of being free, the Murus Lite is not a demo or tryout. It is one of the fully featured application and is the best starting point of the novice user. 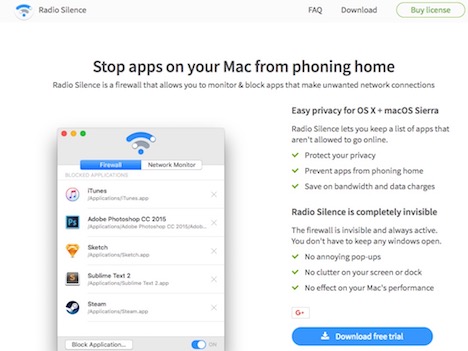 Radio Silence is a small firewall, which lets you block any of the application while accessing the internet. It is designed for the people, they are not interested to configure the traditional firewalls. The app Radio Silence supports Mavericks, OS X Yosemite, Lion, Mountain Lion, and Snow Leopard. It takes only a few seconds to install.

The tools which are automate OS X firewall events from any of the command line are yet saved in /user/libexec/ApplicationFirewall. For more of the heavy lifting, you can still utilize the socketfilterfw. Though, there are much more functional and helpful options in socketfilterfw that will allow you to more simply script the firewall.

Vallum is a little tool that will helps you by monitoring the application connections. It is capable to intercept the connections of the apps and hold them when you decide to whether to block or pass them. Vallum is an interface and is simple and completely based on icons. The default configuration is not invasive, it does not need any specific networking knowledge or interaction or any skills. Just drag the icon of the app from the finder to the main window of Vallum to block it. For changing the interaction level and Vallum attitude, you have to just play with the available very few options. It is not intrusive, it runs like a menulet is MAC OS bar, near to the clock. It respects your privacy, it doesn’t connect the home to verifying the license, and also it doesn’t have any activation.

It is a list of services. Each of the service can be blocked or allowed. So you can also selectively block or allow specified subnets or hosts. You can remove or add the services from the list, and can create new services too. It is very easy and need to follow only 5 steps about how to in the app help. You can also tune the bandwidth, create self configuration tools injectors and manage black lists. The initial time, you can launch NoobProof of the wizard will assist you to configure the MAC OS X firewall.

Firewalls are not all something in which Mac users normally have to worry themselves with but as Macs will grow in status. It will protects the Mac from the attacks from outside Critical improvements to OS X’s built in firewall. The firewall advisor and book the security of the internet for the Macintosh as the part of the Doorstop X security suite.

It is worked out to control all of the network and internet activity. This kind of firewall software monitors outgoing and incoming internet and network traffic and providing safety against the unwanted accesss to and from the computer providing the powerful security against the worms, malicious viruses, root kits and bots.

The Netbarrier security offers number of tools to save the Mac from Criminals and vandals. The centrepiece of it is Net Barrier firewall, but the package of the Netbarrier block the cookies when the surf the web, block Trojan horses and scrub the personal data.

The new version of the IceFloor is developed by the hanynet.com. It is the PF firewall frontend for the OS X. IceFloor 2 is group like the previous serverAdmin tool of the firewall. It controls bandwidth, filtering, logs, custom PF configuration, and connections. It creates groups and allocates addresses, parameters, and services to block or pass the connections. Begin with IceFloor wizard is to create the basic PF configuration in a few mouse clicks.

The Mac’s Intel core, UNIX underpinnings and high speed have provoked many PC folks to alter over to the flagship product of Apple. Before we jump in to the Flying buttress, let us find the firewall to direct the help.

I am Ruth S Kay I love writing and it is the reason for me to choose freelance writing career. I have many years experience in writing field. I presently work for OnlineCustomEssayWriting.com, a custom essay writing service.

Top 20 Apple Watch Apps You Must Have