20 Jobs that AI and Robots Will Do in the Future

With the artificial intelligence technology advancing, the job market changes were bound to happen. Some of the tasks will inevitably be done by robots in the future. Let’s take a look at some of the jobs that will be taken over by robots and AI in the future: 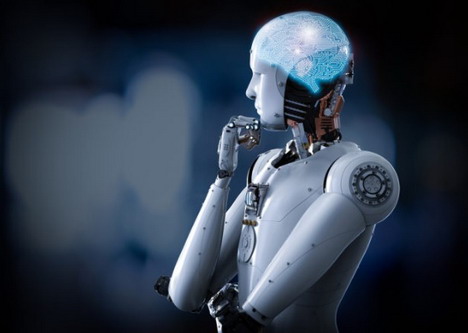 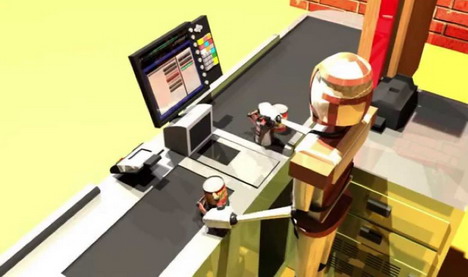 The job of a cashier is quite simple yet it requires constant attention. It’s a repetitive, tedious task that can easily get taken over by some smart technology. A robot or an AI that takes care of this job could be much more effective than a regular person as well. 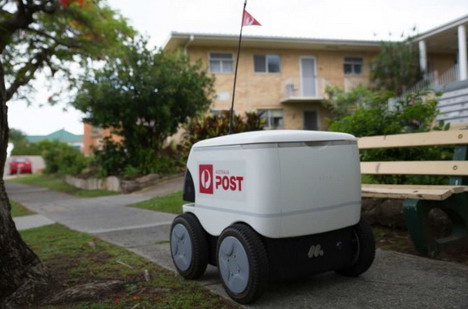 In the future, robots are likely to take over our postal services. From working at the postal office to delivering mail and packages, they will be quicker and more effective. There are already companies exploring Drone delivery which could deliver packages within the same day of ordering. The advanced sorting systems these robots will have along with being impossible for them to get tired, will make everything function much faster. 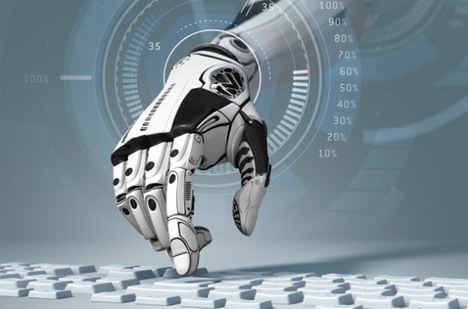 Data entry is already a repetitive and a tedious job, yet its employing an extraordinary amount of people. In the future, robots or AIs will take over the majority of this work and in some cases, they already have. 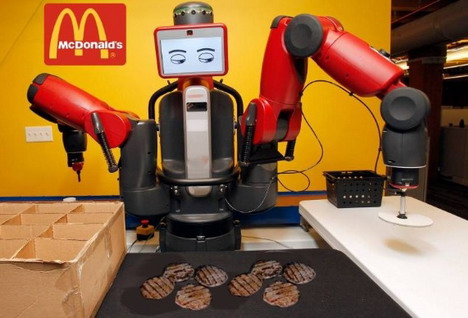 Fast food industry already employs a lot of interchangeable and inexperienced users so the robots will come in handy. This has already begun with systems that take your orders and deliver them to you. In the future, fast food workers will be completely replaced by AI. 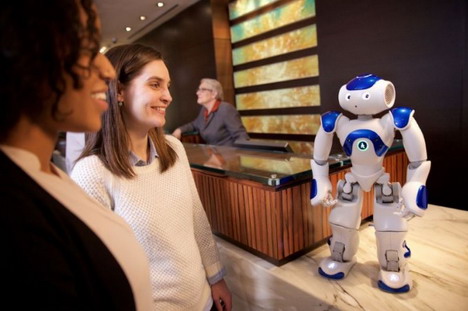 While some people claim that this job will not be taken over by AI because of the sheer need for the human touch when visitors come into a hotel or an establishment, this is not only a possibility but a reality as well. AI receptionists wouldn’t be that good in smiling at you but they would be good at their job since some of them can understand and converse in every language on the planet. 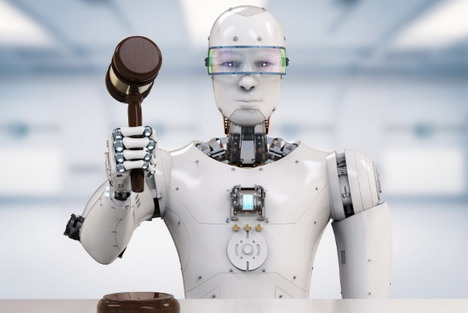 Paralegals are another group that’s going to get hit with AI taking over their work. With exceptional capability for research and sorting, machines are becoming more and more effective and will soon take on the role of a paralegal. 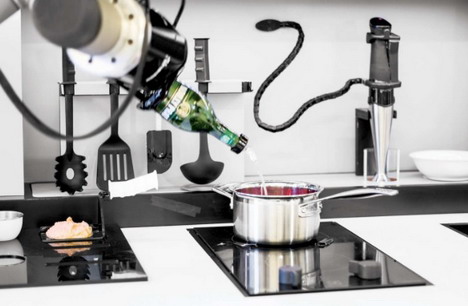 Cooking seems like one of those things that simply need a human in order for it to work. While it might be so, robots that could mimic the movements of any chef are already being developed and they could actually take over our restaurant kitchens. How good a chefs they`ll be, we have yet to see but the future is coming soon.

Telemarketing seems like an obvious choice for robot intervention, right? Besides the fact that they can work 24/7, they are also oblivious to your reactions, yelling, cursing and so on and they will be able to keep up the perkiness throughout the day. In fact, a lot of telemarketing companies are already replacing their employees with AIs.

People in this line of work will soon be replaced by their robotic counterparts. And while the human mind and eye could possibly be tricked with something or miss something, these robots will appraise every item carefully to come up with a conclusion.

Similarly to insurance appraising, claims processing will also be the line of work reserved mostly for robots and AIs. Smart systems will quickly process every claim and determine whether it deserves a payoff or not. 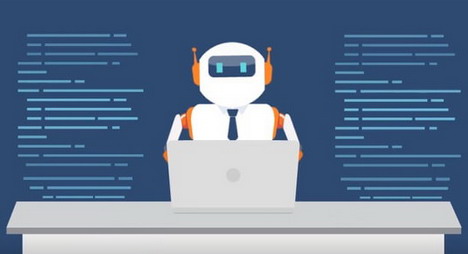 Bookkeeping is already being taken over by AI. Many big companies would rather work with smart software that works quickly, effectively and costs way less than a bookkeeper. There are many different kinds of software out there and it’s pretty good for the job. 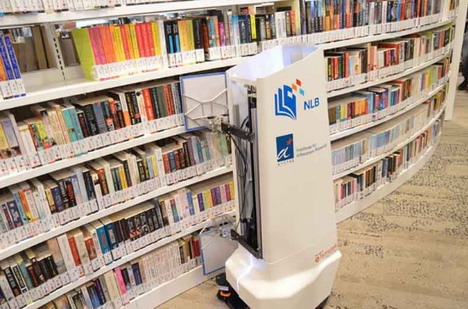 While the notion of librarians no longer existing is sad, this is only a logical choice. People are turning more and more to digital editions of books and cities no longer have the funds to keep up with the fully staffed libraries. As a bonus, libraries used to be where people gathered and now with digital spaces, this use of library is gone again. 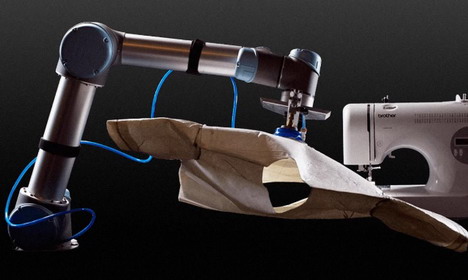 All of the tedious and repetitive jobs will eventually find their best employees in robots, machines or AIs. Hand sewing is no different. The robots will be able to follow a simple pattern and create the final product easily. 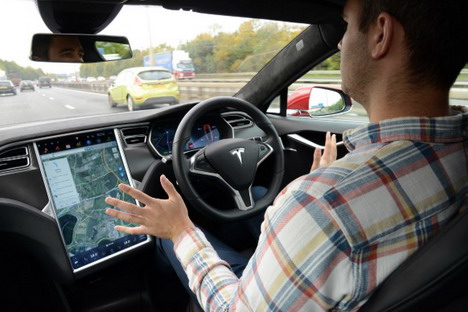 Driverless cars and busses are already under development or available (see Tesla) even though they are not yet being used by the public. These will not only work more efficiently but they will also be a lot safer for the roads.

Jewelers have had a long history of being proud tradesmen and women. However, predictions for them are quite bleak. They will be replaced by robots soon as well, especially on the assembly line. 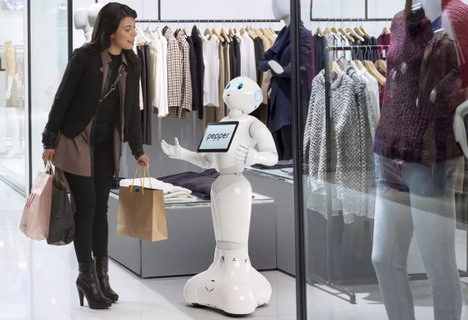 Retail salespeople could very well be replaced in the near future with kiosks or AI machines which would help customers based on their input. Since people no longer prefer that human interaction when shopping, this might be a good idea. 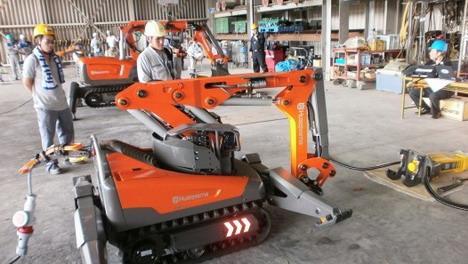 Considering how dangerous construction working can be, this is a good thing. It might leave some people jobless but as machines start working on repetitive tasks, humans will have to advance to more complex jobs.

Proofreading and editing has already been somewhat taken over by smart software, word processors and so on. Why would you hire a proofreader when you can get Grammarly to do it, and for free as well? While some still appreciate what the human eye can do, proofreading too, just like many jobs, will become obsolete.

19. Engine and Other Machine Assembly

As mentioned, any kind of repetitive task will be likely removed from the job market and engine and machine assembly falls into that category. Robots and AIs will operate and do most of the work with humans only being there as quality control.

Watch repair has always been a respected trade but with today’s mass production of watches and timepieces, robots will get their chance with assembly and repairing too.

The future is near and many industries will be radically changed by robotics and smart software. Humans will still retain some control but we can expect that they will be focused more on creative tasks rather than manual labor and repetitive jobs.

Martina Sanchez is an entrepreneur and a content marketing specialist who works with Lucky Assignments and Gum Essays. She loves writing articles and contributing to her blog where she shares her thoughts and tips on digital marketing, SEO and so on.