Posted on August 5th, 2016 by Quertime Writer in Info & News

Internet has become a big word. Well, I’m certainly not talking about the number of characters. But rather its ambit! We already live in an age when nothing goes well without internet. This would be so much more in the time to come. Just imagine, new born of 2025 may ask their newly become parents to bring a special smart app to feed them or say your boss in the year may even assign you work and get it delivered via videos and more videos. 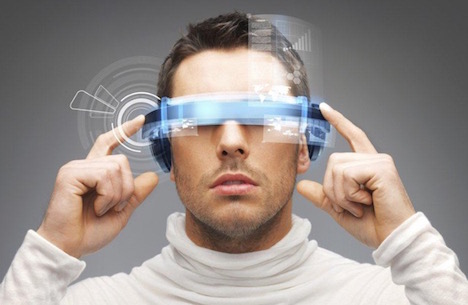 This is ironical to what Dr. Mike Short, an expert from the Institution of Engineering and Technology, has predicted about Mobile phone’s future, “…in future we’ll move towards fuller data services such as video- much more video to video calling, much more screens on the wall in your home, may be more video television downloaded.”

Down the line, internet or world wide web is also bringing about a transformation in itself. Recently, Pew Research Center, in collaboration with Elon University, called out for a research on the future of internet. The project included a troop of 2,558 experts and technology builders, who portend the hefty makeover of internet by the year 2025. Their foresight sums up in a clear indication that internet will be effortless and would flow all around ‘like electricity’.

Here are 15 factual predictions that these experts ended up in their research about the future of internet.

1. Information sharing to be effortless

Research quoted, “Information sharing over the Internet will be so effortlessly interwoven into daily life that it will become invisible, flowing like electricity, often through machine intermediaries.”

Common mortals won’t have to go online or look for things on internet, they’ll just be online and just look. Precisely, there would be some set of cooperating devices that will help with everything and make internet even more accessible.

Research quoted, “The spread of the Internet will enhance global connectivity that fosters more planetary relationships and less ignorance.”

The world would be more integrated, which will enhance the connectivity between individuals, organizations, institutions and alike. Everything will be on the world wide web, be it friendships, work teams or collaborations.

Research quoted, “The Internet of Things, artificial intelligence, and big data will make people more aware of their world and their own behavior.”

Internet will form a basis for examining one’s own behavior and that of others. Since everything will be on internet, they’ll move in a faster pace including emotions and behavior.

4. Quick feedbacks will be available

“Augmented reality and wearable devices will be implemented to monitor and give quick feedback on daily life, especially tied to personal health.” 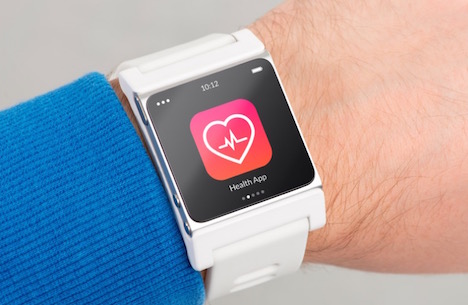 There would be great change in the lifestyle. Everything will have quick feedback, be it social practices or early detection for disease risks.

5. It will facilitate Political Awareness

“Political awareness and action will be facilitated and more peaceful change and public uprisings like the Arab Spring will emerge.”

There would be more awareness to the ill-informed and illiterate via ubiquitous information sharing apps.

6. Ubernet will be the new word

“The spread of the ‘Ubernet’ will diminish the meaning of borders, and new ‘nations’ of those with shared interests may emerge and exit beyond the capacity of current nation-states to control.”

From resolution for immune-system-weakness to solving the growing obesity problem, everything will be ‘Ubernet’ controlled.

“The Internet will become ‘the Internets’ as access, systems, and the principles are renegotiated.” There will be number of Internets!

“An Internet-enabled revolution in education will spread more opportunities, with less money spent on real estate and teachers.”

There will be universal access to all human knowledge, facilitating better opportunities to all.

“Dangerous divides between haves and have-nots may expand, resulting in resentment and possible violence.” 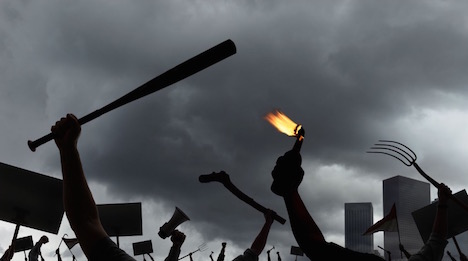 There will be a rise in the possibilities of conflicts growing in response to inequalities and amplified means of networked transactions.

“Abuses and abusers will ‘evolve and scale.’ Human nature isn’t changing; there’s laziness, bullying, stalking, stupidity, pornography, dirty tricks, crime, and those who practice them have new capacity to make life miserable for others.”
Cyber-terrorism will have increased ambit.

“Pressured by these changes, governments and corporations will try to assert power – and at times succeed – as they invoke security and cultural norms.”

Government will assess more power via the use of Internet. It will work as an instrument for political and social control.

“People will continue – sometimes grudgingly – to make tradeoffs favoring convenience and perceived immediate gains over privacy; and privacy will be something only the upscale will enjoy.” 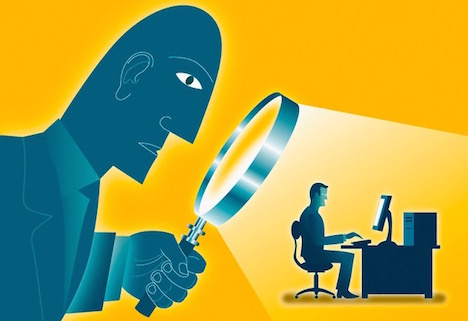 Privacy will be a major concern as it would only be accessed by well-off or well-educated.

13. No response to challenges through chained networks

“Humans and their current organizations may not respond quickly enough to challenges presented by complex networks.”

None of the populace would accept and respond to challenges via chained networks, resulting in heightened disruption amongst the nations and states.

14. Communication networks to be disruptive

“Most people are not yet noticing the profound changes today’s communications networks are already bringing about; these networks will be even more disruptive in the future.”

The communication via internet will change human understanding towards every aspect. Everything will be more but down the line, superficial.

“Foresight and accurate predictions can make a difference; ‘The best way to predict the future is to invent it.’.”

Internet will be the new world. The incumbent should take charge and mold this technology world to be a better and safer place to live.

These are the 15 predictions which will shape the world with the help of world wide web. We hope that these predictions (even the bad ones) leave a lasting and positive impact on the world. You can read the full text of this report here.

Yogesh Sharma is working at Blogs.Systweak.com, as an SEO analyst and technical Content Writer. Exploring diverse subjects regarding this techno-savvy world, he loves to invest his time in reading the insight about latest happenings around the world and so is reflected in his writings.

What is The Future of Social Search?

The Future of Security on Social Networks