PSD to HTML – It’s Not Over Yet

Updated on November 13th, 2014 by Quertime Writer in Web Design

Website Designing has become a key point of concern among small and big enterprises which are looking ahead to build their online corporate portals. Over all these years, Adobe Photoshop has remained the number one choice of web designers engaged in building both simple as well as complex websites/e-commerce stores. 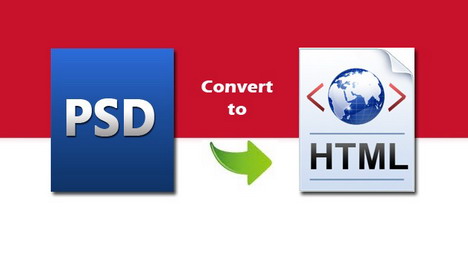 Well, with a lot being said about Adobe Photoshop, there are web designers who’ve chosen to convert their Photoshop designs into HTML. Looking at the current PSD to HTML workflow and its popularity, it won’t be wrong to say that the markup conversion hasn’t lost its significance over all these years. In this blog, I’ll walk you through some vital points that reflect the “Never Dieing” nature of PSD to HTML markup conversion process.

A Brief on Adobe Photoshop

Adobe Photoshop has been a part of almost every web designer’s life. Created way back in the year 1988 by Thomas and John Knoll, this photo editing software that evolved into a bundled program for tweaking images in any preferred style. It was in the year 2001, that Photoshop stood at the risk of losing a significant market share. In order of combat this, the company released Photoshop Elements that enabled the designers to perform a variety of image resizing activities in addition to other non-design tasks. Although the current interface of Adobe Photoshop isn’t much intuitive for the traditionally trained designers, it serves as a usable and clearly labeled tool for average website designers.

What was the Need for PSD to HTML Conversion?

As an attempt to keep pace with the unprecedented development in the online business sector, more and more website owners started choosing PSD to HTML conversion services. With demand and supply running parallel to each other, it seemed that the market had started accepting PSD to HTML conversion as the best method for finding a unique niche online. The continuous urge to deliver quality work irrespective of time constraints and deadlines made web designers choose Photoshop to HTML conversion services. Slicing PSD designs into HTML codes became a time-saving and labor-saving option for webmasters looking forward to promote their products and services via fully-functional, visually appealing website.

What All Made PSD to HTML Conversion Indispensable for Webmasters?

Here’s a list of reasons which made PSD to HTML conversion a vital necessity for website owners:

Semantic Coding plays a vital role in ensuring higher search engine ranking of a website. Since the internet has been on the juncture of a complete transformation, semantic coding has emerged as one of the best techniques for improving the overall efficiency of varied websites.

Different platforms such as mobile devices and personal computers render a variety of options that allow users to access wider connectivity from any part of the world. It is PSD to HTML conversion which equips the website with browser-specific code.

Once you’re done with the conversion of PSD designs into HTML code, the resultant website can be easily integrated with themes of any CMS (Content Management System). And that’s not all, this conversion process makes way for a visible reduction in the site’s loading time, contributing towards its effective optimization.

Considering the surpassing popularity of mobile devices, it has become imperative for webmasters to make their sites friendly with a wide range of smartphones and other hand-held devices. PSD to HTML conversion has arrived as a good news for all such website managers who want to make their site accessible via all internet-enabled gadgets. Unlike the Photoshop design based website, the one powered by HTML codes fares well on all devices with a smooth running internet connection.

Coding By Designing is Definitely ‘IN’

As a web designer, you’ll be required to give shape, movement and creativity to images. In accordance to the ‘Designing By Coding’ approach, you need to write definitions for visual properties instead of manipulating objects directly. This is something that may ruin your web designing project completely. In contrast to this, by following the ‘Coding By Designing’ approach, you’ll be able to use specific Photoshop tools like Macaw where the code is auto-generated and you’re rendered complete flexibility of unveiling the creative side of your personality.

Web designing experts predicting the future of PSD to HTML Conversion believe that the launch of HTML5 wouldn’t affect the existing PSD to HTML conversion services. In fact, it is presumed that PSD to HTML conversion will continue to rule the web design and development industry even during the HTML5 era. Although, HTML5 is loaded with powerful features and some really exciting functionalities, it is incompetent in handling errors and accommodating issues such as unformatted CSS/XHTML.

Adobe is Back with a ‘BANG’

Being actively involved in web design and development, Adobe has always been on a mission to move forward when it comes to offering the best web design tools to the global web designers. Adobe Edge Reflow CC has served itself as one of the finest tools for creating responsive websites. In addition to this, Adobe has even added a new functionality that’s similar to the one included in CSS Hat to Photoshop CC. And that’s not all. Adobe has also come up with Photoshop Generator which has opened up a lot of avenues for plugin authors. Whether it’s about designing websites for mobiles or generating HTML5/CSS3 directly from PSD, Adobe is making every possible effort to overcome limitations in web designing using Photoshop.

Though we don’t have any statistics that can enable us to gauge the demand and acceptance of PSD to HTML conversion service providers, it is believed that these services will prove to be immensely successful in creating a unique niche in the web industry. With PSD to HTML/CSS service providers concentrating on their specific tasks, webmasters can actually expect amazing results for their online portals. So, instead of expressing your grief for the downfall of Adobe Photoshop, it’s time to stay positive and believe that the PSD to HTML workflow isn’t declining.

How to Convert Web Design to Codes? Try These 20 Online Tools

8 Skills to Have as a Web Designer and Web Developer

Few Web Design Practices to Leave Behind In 2013

20 PSD/HTML to WordPress Companies You Must Know

How to Create a HTML Sitemap for Website or WordPress Blog