Although Snapchat doesn’t presently have the earning power of Twitter or Facebook, the situation may change in the near future. Snapchat is often called an “underdog” in this fierce media race, however, its history of innovation and new and stylish user base make it stand out from other social media platforms. 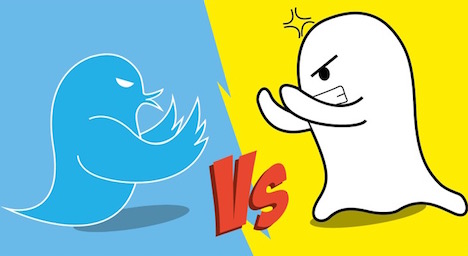 Snapchat, as well as Twitter, were thought to be the serious threats to Facebook. In fact, they are competing with each other. These two social networks are geared towards making people share live experience. That means that the companies see their business potential in video content.

Snapchat’s users can take pictures and video, add text messages and share this content with people who are following them. There is a cool feature here – once followers open your Snap, they have just 10 seconds to view it. Then it deletes itself automatically. The platform is based on the fun principle “now you see it, now you don’t.”

Facebook became interested in Snapchat and was ready to spend 3 billion to buy it. If Facebook has taken an interest, then all others should pay attention to it. Snapchat is not so popular today as other social networks, but it will take its place in marketing and gain more popularity among users. But now you are more likely to see the search query “How to get someone’s followed on Twitter” than “How to get someone’s followed on Snapchat”.

Twitter as well as Snapchat gave birth to the popularity of DJ Khaled, Kate Upton, Nash Grier and other social media figures. So, we shouldn’t underestimate the importance of both of them.

The rough data on Twitter and Snapchat of 2016 show the following data:

1. Founded
To Snapchat fans disappointment, it was not started when Evan Spiegel was born (1990). The idea of Snapchat produced by Evan Spiegel and emerged only in 2011, while it was launched as a project much later – in 2012.

Twitter was founded in 2006 by Jack Dorsey, Biz Stone, Evan Williams, and Noah Glass. It was actually first a podcasting platform called Odeo. Noah Glass came up with the name “Twttr” that eventually transformed into Twitter.

Twitter is reported to have less than 140 million daily active users. 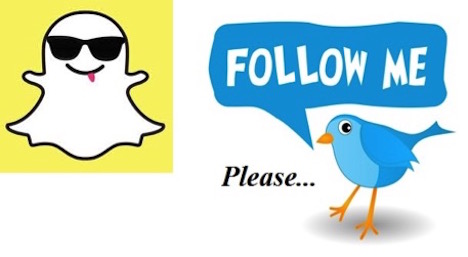 3. Age of Users
The average age of Snapchaters is 18 to 24 (37%). According to the updated Snapchat metrics, 70% of users are women and 77% of college students prefer Snapchat. 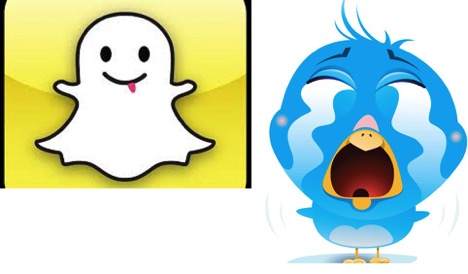 5. Secret Weapon
Live snaps that can involve your text, as well as video and image activity are the things that Snapchat is good at, but they can’t be a reliable secret weapon.

6. Advertising Possibility
Only 1% of businesses are using Snapchat for marketing – you have practically no rivals!

Twitter advertising opportunities are huge (especially with a new Ad Group Tool) and it is expecting to see brands spending more in 2016, however, its changes are called unpopular already.

7. Time It Took to Get 300 Million in Revenue
It took Snapchat only 4 years to receive their revenue of 300 million.

While it took Twitter 6 years to do the same.

9. Other Pros and Cons

The prediction of eMarketer is as follows: Snapchat will add 26.9 million users by 2020. This number is much bigger than Twitter and Pinterest expect to get. Right now, the app has surpassed Twitter by 15 million daily users. In spite of this, Twitter remains to have two benefits over Snapchat.

On the other hand, Snapchat users find the app helpful for private communication with their family and friends. 71% of users access the app to send photos and videos to their peers, according to Variety investigation.

Twitter is also more popular among advertisers, as one-third of brands advertise here at least once a month, according to a recent recent survey, 4% of brands use Snapchat for that.

Moreover, 64% of brands stated that Twitter led to a significant return on financing, compared to 2 % for Snapchat. In fact, Snapchat has made some changes in its targeting capabilities, analytics, and other features of ads business, so it may stimulate brands interest.

If Snapchat can attract more advertisers and launch such features as Discover and Live Stories, then it will gain all those advantages that Twitter still has now.

What would you choose for your business? Or would you use both? Please, share your Snapchat vs Twitter experience with us.

15 Effective Ways to Use SnapChat for Business Marketing

One Response to “Snapchat vs Twitter: Who Wins The War?”