15 People Who Got Famous and Rich on Social Media

A majority of people today use social media, but did you know you could become famous or rich on social media? There have been many people who have done just that. We’re going to look at a few of them and see just how they did it.

1. Singer Susan Boyle who was on Britain’s Got Talent while unemployed but when the video of her singing “I Dreamed a Dream” was recorded, and it went viral on YouTube she had record executives calling her. 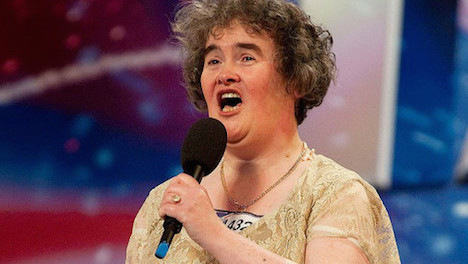 With the YouTube video going viral she made millions in advertising and recording deals, and as of 2014 her net worth is about $33 million.

2. DJ Khaled is the monarch of Snapchat. Since becoming so well followed he has been was able to launch his brand in a different direction. Earning millions on his slogan-centric apparel through networking but also he making the network rich as well.

3. Vine’s biggest female star, Brittany Furlan has more than 9 million followers, according to the Vine. 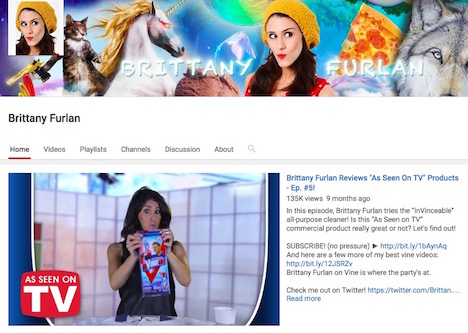 The comedian would post 60-second comedy sketches on the Vine which ended up earning her a deal with the Vine for a sketch comedy show to be produced by Seth Green.

4. Roman Atwood another YouTuber who use comedy for success. He has over 7 million subscribers, with over 1.1 billion combined views; his clips are very popular and give him a large earning opportunity. He is estimated to have accumulated over $4 million in the past six years.

5. Ella Woodward with her web-blog Deliciously Ella went to social media stardom especially on Instagram, which caused her cookbook to become the all-time hottest selling cookbook. She has since opened a deli, put out a second cookbook and works at the Telegraph newspaper while still doing her blog.

6. Kate Upton started in a couple of YouTube videos; one was her doing “The Dougie” at an LA Clippers game. 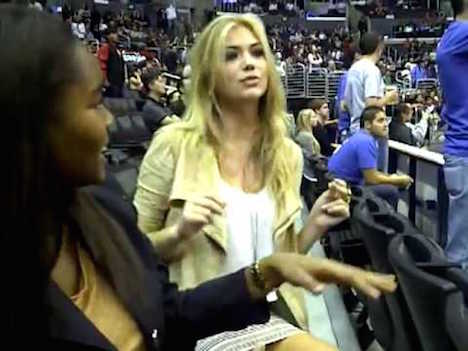 That video was viewed millions of times and gained her 170,000 Twitter followers which spiked her success with Sports Illustrated.

7. Jérôme Jarre today can charge $25000.00 for a baked Vine and $35000.00 per Snap but how did he get started? By making vines that made people laugh or smile at a cute moment without ever being mean-spirited about it.

8. Wedley Estime high school athlete decided to create a highlight video of his skills as a player and post it on YouTube to send on social media to scouts. Once he did that he had offers coming in from scouts to sign him to one team or another. He did sign with Virginia Tech; he also has changed his name since to Dadi Nicolas.

9. Bethany Mota while young at 19 has a much-diversified business plan, she started out with YouTube as well focusing on style, cosmetic, and hair, that is a truly profitable niche, and she is now able to make around $40000.00 per YouTube in sponsors. She also has her own lines with Aeropostale, partnered with a few other stores, as well as presences on the TV show Project Runway.

10. Jessica Vasquez (Jessi Smiles on Vine) has 3.5 million followers on the vine and doing quite well on other social media sites as well. It is estimated that she can charge $35,000.00 for advertising a brand in one of her vines.

11. Nash Grier, today sees about $25,000.00 up to $100,000.00 when he plugs a product in his 60-second loops, that he started out doing on Vine. He now boasts around 12 million followers on Vine alone, with an additional 8 million on Instagram, over 4 million subscribers on YouTube and just over 4 million on Twitter. He started out doing 60-second loops on Vine that were silly, humorous, and spontaneous.

12. PewDiePie aka. Felix Arvid Ulf Kjellberg is pretty much the monarch of YouTube. 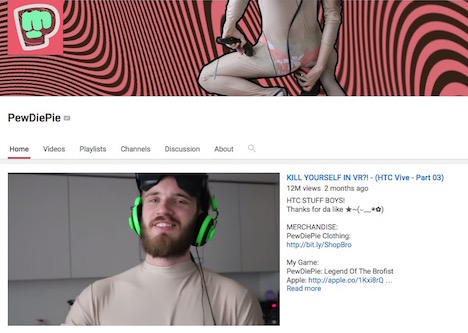 In 2010 he started doing video clips of his gaming; by 2012 he marked 1 million subscribers. Now he has over 39 million today. He has earned around $4 million in 2013 alone, which is truly not bad considering it is for playing video games at home all day.

13. Yuya, (Mariand Castrejón), is a Mexican YouTube celebrity known for her high pitched squeaky voice, beauty and style videos. The 21 years old is estimated to earn around $41,000 per month. With 14 million followers in Spanish-speaking countries and over 1 billion combined watchers of her videos, she is making her living following her dream of making a few videos of her favorite topics each month.

14. Hola Soy German (Alejandro Garmendia Aranis), Chilean YouTube star, who dominates the Spanish-language social media, has over 24 million followers. According to estimates, he makes around $1.2 million a year; the second most subscribed in the world, behind PewDiePie. He essentially made it to fame immediately after uploading his first video.

15. KingBach (Andrew Bachelo) a business management graduate, when he put up his first Vines; a fantastic sense of humor and a lot of creativity were the keys to his achievement and today holds 13.8 million subscribers on the Vine. He can receive around $30,000 to $80,000 for each video that he uploads which has accrued about $2.5 million so far.

As you can see if you use some creativity and your talent on social media you can grow your business with great success. There are plenty of other companies who will pay large amounts for a spot in your video post, twitter, or other social media especially if you have a large number of followers.

Luisa Brenton is a writer for RatedByStudents. She had been working as a brand developer in the international company for 4 years. Luisa is interested in modern literature and cinematography.