Just how much cash are celebrities making by endorsing products on their social media pages? It’s funny that someone somewhere gets paid for taking a selfie or standing next to a new sports car. The simple reason being the tyranny of numbers. They have a lot of followers on Facebook, Instagram, and Twitter. Unlike most of us who might not even get a thousand likes for posting an impeccable photo, these are celebrities are sure to get a couple of hundred thousand likes for posting the silliest photo and a caption you have ever come across. 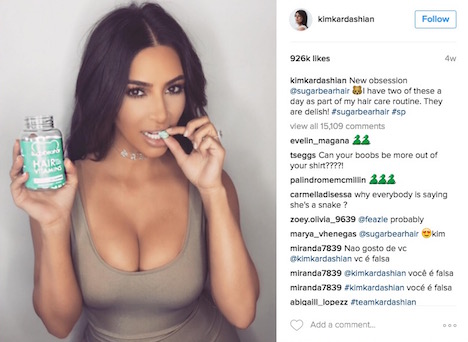 Endorsements are not a 21st century innovation. The innovation is integrating these product endorsements into social media platforms. Corporations have come to appreciate the impact of this integration and are willing to pay millions of cash just to have a celebrity post a tweet with their brand names on it. Serena Williams pockets over $20M purely from endorsements via TV adverts for such companies as Nike, Adidas, and the likes.

Now imagine the impact of such celebs as Christiano Ronaldo who had over 100 million likes on his Facebook page as at June 2015.

1. Kim Kardashian
This artist and wife to hip hop artist Kanye West have millions of followers on Twitter. She is maybe the most successful “entrepreneur” having used her Twitter account to sell and promote products. For example, her wedding with Kris Humphries brought her $18 million. She got free gifts for endorsement for certain companies, and they also paid her for different tweets connected to gifts for wedding and services. 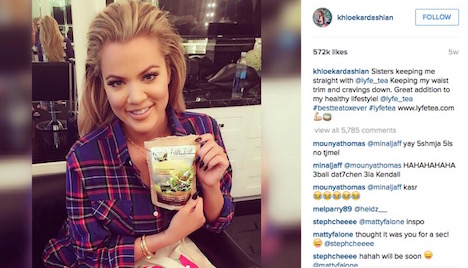 It’s amazing how blessed this Kardashian family is. With approximately 8.3 million followers, Khloe Kardashian charges at least $13,000 for each tweet that endorses a product. The Kardashians have a clothing line and online clothing store which they promote on their Facebook, Twitter, and Instagram accounts.

Currently running for the American presidency, this businessman has achieved a lot from Twitter. Having 10.3 million followers, he has used twitter to promote different products from clothing to water and much more together with other social media platforms where he is engaged in.

4. Snoop Dog
Famously known for crank music, this celebrity earns money by making investments in social media himself. Together with Jared Leto ($13000 per week), they have been investing heavily in Reddit and hopefully, they are planning to make a lot of money from their investments.

5. Jessica Alba
Jessica Alba started the Honest Company and promotes her toxin-free household products with the help of social media profiles such as Facebook, twitter, and Instagram. Though the size of the benefits is not approximated, this celebrity is making huge sums of money from these platforms.

6. Blac Chyna
Blac Chyna is a vivid example of Instagram product endorsement. She became famous as a stripper and was recently namedropped by rappers such as Drake. With approximately 7.4 million followers on Instagram and 529k followers on twitter, this celebrity makes over $2000 per week.

7. Scheana Marie
She recently posted on twitter the secret she uses to keep her hair healthy and shiny by claiming that @maazproducts is what one basically needs. This just shows that she uses her accounts, not just for fun, but to make cash as well by promoting beauty products. 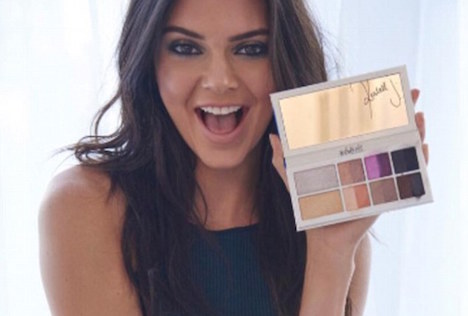 Having 43.6 million followers on Instagram and 14.7 on twitter, not including Facebook, Kendall Jenner uses her accounts for promotional purposes making incredible cash weekly. This is how she does it: “see what I’m selling on these easy to use app @secretclosetnet where you can buy or sell high-end items directly from your mobile device”.

9. Meghan King Edmonds
She is the wife of a baseball legend and seems to enjoy a great deal of financial security through her promotional activities on social media. These are some of the links she uses on Instagram that earns her $1500 on Instagram, $1200 on twitter and $ 950 on Facebook weekly. #newyearnewyou,@310nutrition, #sp among others.

10. Lissa Rinna
Approximately, she earns $9000 on Instagram, Facebook, and Twitter and charges $500 for adding a video element to any of the above posts weekly. Captured through a post on Instagram, this is how this celeb rocks, “I’m so happy to ditch the white strips and use my new @whitewithstyle teeth whitening kit! You can get the sparkle white professional whitening kit for only $28”. 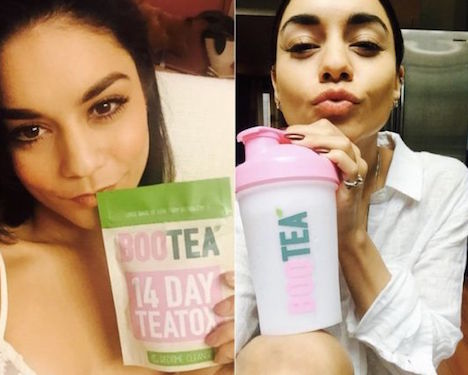 Her Tumblr account paid her a lot of money after Vidal Sassoon promoted itself on this site. This is not a surprise as smart businesses that have advertising budgets usually pay big bucks to promote their brands on celebrities’ sites.

13. Serena Williams
Tennis star Serena Williams makes more than $20 million per annum in product endorsements on her social media accounts such as Facebook, Instagram, and twitter as well as TV advertising. She has been used by companies such as Nike, Gatorade, and Nabisco to promote their brands on social media and is being paid hugely.

14. Justin Halpern
Justin Halpern, a comedian, began in 2009 a Twitter account where he posted funny quotes from his father. One day a friend made a link to his account and that’s when Rob Corddry, a comedy writer, tweeted about it. Since that moment Halpern started to become more and more famous. Halpern signed a deal with Harper Collins and released the book Sh*t My Dad Says in 2009, which became #1 The New York Times Best Seller. This is how he made his fortune. 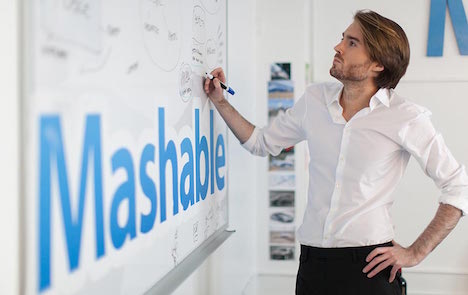 Pete Cashmore is the founder and CEO of Mashable, one of the largest and most well-known sites for digital, social media, and technology news. His business is social media where he earns his fortune making incredibly huge amounts of money.

16. Justin Bieber
This pop artist has gotten into the act and has started to earn using his social media accounts. He plans to make a bundle on his social media photo-sharing platform – Shots which he so much believes that will earn him more cash.

17. Kevin Hart
This comedian and actor earn hugely from creating comic videos on Facebook where the company agreed to make payments to video creators totaling more than $50 million. With numbers like that, it gets hard to avoid the stress of social media.

18. Logan Paul
From the list recently reviewed by journalists, this celebrity gets paid in Facebook as a publisher who exceeds the minimum requirements which include the length of individual broadcasts.

19. Ms. Payne
Ms. Payne’s video has been viewed on Facebook 157.6 million times. This celebrity’s video gets stored so that Facebook users can watch it later while Facebook offers a huge amount of money to the participating parties.

20. Kendra Wilkinson
This celebrity has recently been trending due to their constant fights with her mother. However, she uses social media platforms to make her fortune and is approximated to earn $7800 weekly on average.

Janet Anthony is a blogger from Kansas City and content writer at BestEssay.Education who has been writing professionally for five years now. She mostly writes about blogging, social media, and self-development. Her motto is “What you do today can improve all your tomorrows”.

15 People Who Got Famous and Rich on Social Media