Posted on August 23rd, 2016 by Quertime Writer in Social Media

Only a few years ago, celebrities seemed so far away. We only get to see them in movies, magazines, and television interviews. Today, with the widespread use of social media, we get to see the inside of their house, their bedroom, and even their bathrooms. They invite us into their lives with every post, tweet, and photo. They keep on updating us, and we find ourselves asking for more.

But how can they be so active in real life and still be active in their virtual lives? Celebrities are working round the clock, they’re on a shoot, on stage, on tour, on interviews, how can they possible post about the latest happenings in their lives? You know what their secret is? They probably don’t. Yes, they’re probably not the ones posting that latest selfie. If you think celebrities are like ordinary people who are bent over their phones, photographing and tweeting about their dog, cat, lunch, smoothie, or whatever else, you’re wrong. They actually have a team working on their social media accounts.

Yes, a team. Celebrities need to invest in a team of professionals to make their social media activities look as authentic and as natural as possible. Sounds ironic, doesn’t it? With Instagram posts getting up to six figures, celebrities have to be a little smarter than the average social media user.

Celebrity social media managing is now a very lucrative job in Hollywood. But don’t be deceived, this can be a demanding and high-pressure job. The job sometimes entails translating the nonsense stories of celebrities while vacationing on an exotic island at the other side of the world into something more understandable, interesting, and relatable to the everyday person. And then they can wish themselves some luck that they got what the celebs are trying to say just right. 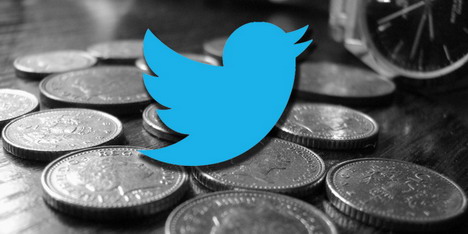 Not only are you the tweet specialist, but you also represent the celebrities through their social media accounts. Being a social media manager may be a high-paying job, but they can also be quickly fired on a whim if they posted a photo or tweet that the celebrity didn’t like. Everything has to be perfect. It’s still show business, and they actually are getting their money’s worth. A photo with a celebrity on the beach can have the brands of the bathing suit, drinks, boat, resort, and eyewear as its sponsor. So next time you see a tweet, it’s not just a celebrity with time on his or her hands. It’s a star with business on his or her mind.

2. A Selfie is Really a Professional Photoshoot

The reason celebrities are so perfect is that they pay to be shown perfectly. The perfect suit, location, room, they have all been paid for. The photographers are pros, and so are the makeup artists, and clothing experts. The celebrity only needs to look like their beautiful selves. But even after a photo shoot, there is still a few tweaks with Photoshop. Apparently, there is this obsession with the perfect celebrity in the perfect picture, with the perfect product placement. A “photo shoot” celebrity post costs about $10,000, but the celebrity can make up to $50,000 to $100,000 with that post. It is certainly a worthwhile investment.

Yes, a hashtag can be worth $20,000 to up to $500,000 for a single Instagram post. Most of the followers don’t seem to care that these celebrities are trying to sell them something. What matters to them is that what they’re seeing is pretty and interesting. The thing about celebrity endorsements is that they don’t have to do hard selling to make the sales, just their pretty faces will do. 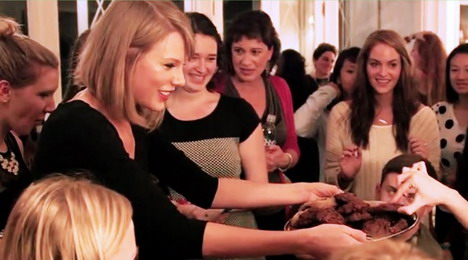 It’s not enough that celebrities have followers. They need fans that can engage. The measure of success now is the number of like, comments, and shares, and that is being sought after. An engaged audience is also a loyal audience. The more they participate with the celebrity’s account; the more likely they are to buy the products that the celebrity is endorsing.

These days, producers visit the celebrities’ Instagram or Twitter account when considering them for the next big role. They are looking at the number of followers and if the celebrity really had an appeal that can encourage the fans to the cinema or the concerts.

Being a celebrity is a 24/7 job, and part of that job is to stay relevant, to be talked about, and to be relatable to the followers. For greater visibility, the best time to post in the East Cost is during noon time. In the West Coast, it’s at 9 AM, while in Europe, it’s in the early evening. 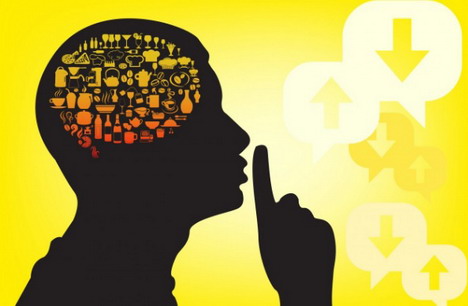 What you’ll notice about celebrity posts is that they’re highly neutral. They’re neutral when it comes to politics, theology, health, and other sensitive topics. It’s obvious that they don’t want to stir up feelings so unnecessarily and lose a loyal following because of a misunderstood post or an insensitive comment. 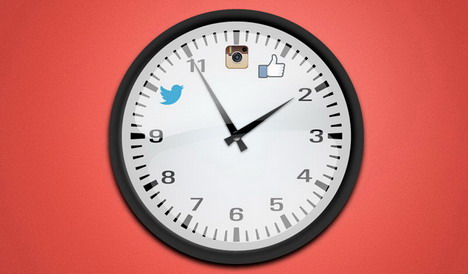 Some celebrities schedule their posts. Maybe it’s out of convenience and laziness or to just be cool. Scheduled posts are useful for updating followers of the star’s destination while driving. That way, it can prevent being on the phone while driving. But maybe it’s OK if the celebrity isn’t the one driving, to begin with. Scheduled posts are also great when it comes to giving people updates on your and plans. It’s perfect for a concert tour.

If someone is already managing a celebrity’s social media account, the next guess is that there is a creative team behind every quirky, hilarious, interesting post. If you’re a celebrity who has just finished shooting a film and are on your way to your first vacation in years, for sure, you’d rather have your creative team manage the contents of your social media accounts for you. If you’ve got money to burn, and they’ve got the brains to do the posting for you. That’s some life, isn’t it?

9. Celebs Use Social Media for Good 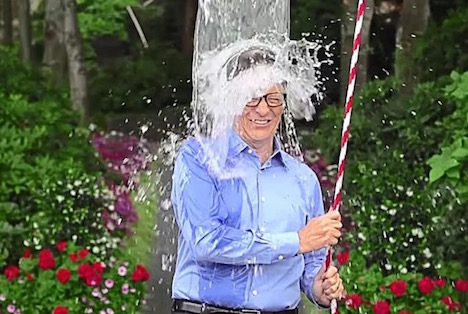 One of the advantages of being a celebrity is that when you say something, people listen. It is a good position when a celebrity is advocating for a cause like say, animal rights. People are in tune to paying more attention because they see a celebrity not only as someone to look up to but also someone who has a heart for animals and their welfare. In this way, the advocacy becomes popular and more, and more people will get to know more about it and even participate.

10. Celebrities See Themselves as Brands

As brands, celebrities do their best to take care of their image. With social media, they can maintain their image while showing bits of their everyday life to their followers. A post about a celebrity’s breakfast makes you feel like you are having breakfast with them. You ask yourself, what is that brand of cereal they’re eating? The next thing you know you are buying that same brand and having the same breakfast as your favorite celebrity. Celebrities make very powerful and persuasive brands.

11. Celebrities Work to Have a Distinct Social Voice

Well if it’s not them who are posting their tweets, then it’s their social media managers who are working at having the celebrities they work for have a distinct social voice. Having a social voice makes them unique from others. They can be serious, funny, or sarcastic, whatever can interest their audience and make them engage. Not only should celebrities have their singing style, dance moves, and signature acting, these days, a social voice is a requirement as well. 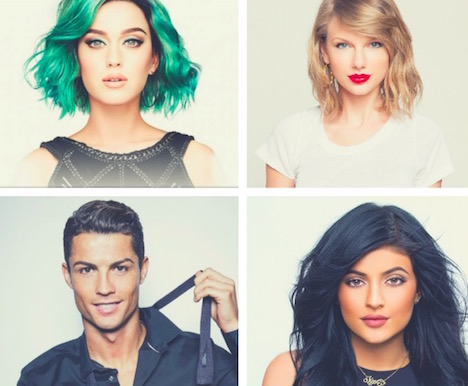 Social media management looks into the demographics of certain platforms so they know they are targeting the right audience and where they can get the most engagement and exposure.

13. Someone Manages Most of the Celebrity Social Media Accounts

There are tools such as Sprout Social that have a single-stream, all-in-one inbox to make social media management more efficient. Doing so makes managing celebrity social media more organized and stress-free. The tool can also track the follower engagement so that they know if the engagement is increasing or not, knowing this will make them know where they can make improvements.

14. Celebrities are Paranoid of Mistakes

Both the celebrities and the social media managers are paranoid of this mistake. For the social media managers, it could cost them their job. For the celebrities, it could cost them their career. So to prevent this, the messages and posts are all planned so that they do not accidentally tweet or publish anything that can be wrong or contain mistakes.

Social media managers usually use publishing tools such as message approval to make sure that all messages, photos, or videos are approved first before anything gets published. It’s a wise move given that so many mishaps commonly happen on the social media. A celebrity’s social media account can be for entertainment, information, or publicity, but never to hurt or offend anyone with wrong posts, especially the followers.

Other than the product placements and the brand shout-outs, celebrities actually want the everyday people to relate to them. They try to find the balance between regular content and promoted content. By doing so, audiences are not over-saturated by the content they don’t necessarily want to see.

People follow celebrities on social media because they are interested in the lives of these famous people. The social account of celebrities tends to give a more honest and humanized picture of their lives. When celebrities are more relatable, the engagement is also higher. Celebrities who share about the breakfast they ate, their workout routine, or other ordinary activities send out a positive and entertaining vibe to their followers, no matter how simple or mundane their activities may be. The more relatable, the better.

It’s easy and normal to be amazed by the capacity of celebrities to take in so many things in their lives at a given time. As we know now, they also know how to delegate certain tasks such as the management of their social media. It only means that they know how to look for good and competent people who can do the work for them. Also, they are business-minded people. They try to make the most out of each post, knowing that it can rake in a good amount of money.

Celebrities see themselves as a brand which they need to take care of and promote. They use many different channels such as the social media to do that. Not only do they remain relevant by being active on Instagram and other social media platforms, they can reach out to more people, and now, the ordinary person can also communicate directly with their famous idols.

Nicolas Finet is the co-founder of Sort-list.co.uk. He graduated from Solvay Business School with Master’s Degree in Business Engineering (Management) with a major in Marketing.

Top 20 Apps & Tools for Managing All Your Social Media Accounts