Blockchain Technology – 15 Things You Need to Know About

Updated on August 24th, 2018 by Quertime Writer in Cryptocurrency

The CEO of IBM, Mr. Ginni Rometty said that “What the internet did for communications, blockchain will do for trusted transactions.” The truth of this statement is yet to be established as we are still in the midst of the development of blockchain technology. But it can easily be said that with the impact it is having on the economic and social structure of ours the impact will be enormous. The matter is still a debatable one and that is leading to various concerns both positive and negative about such technology. Over here we are going to break down all that should be known about blockchain technology. 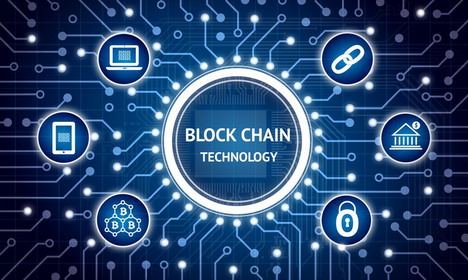 If we put it in layman’s term it is the newest form of decentralized database. It can also be said that it is a real-time ledger of everything which can be recorded. It can be a ledger of the transaction which is financial in nature, any sort of contracts, physical assets or supply chain information. The uniqueness of this database is that no single person or organization is in charge of the entire chain. This is an open nature of database where anyone in the chain can have a look at the details. Each block is time stamped and encrypted and one who has the authority to edit it is the owner of the block. There are various advantages of this unique technology.

2. The Origin of Blockchain

3. Nature of Such Technology

It can be said and well to know that blockchain can be public in nature as the internet is. It can also be private as the intranet.

One may be curious about the developmental stage of this technology. If we compare it with internet then we can say that it about like where the internet was 20 years ago. So, it is still in its initial developmental stages and there is a long way to go for it.

5. Usage of This Technology

In today’s world, about 50% of the world population uses the internet but only 0.5% of the entire population is using this beneficial technology. For this very reason, it is good to know about blockchain technology and have the benefits that can be derived.

If we have a look at the biggest tech giants of today we can easily say that they have understood the potentiality of this new technology. We can say so looking at the nature of investment that they have already done. IBM has already invested $200 million and has initiated the employment of 1000 employees in this direction. If we have a look at the average nature of investment in projects of blockchain it is around $1 million.

Over the last five years, it is seen that various VCs have made an investment of more than $1 billion in companies related to the blockchain.

It is good to know about the expected global market value that blockchain has. It is going to be about $20 billion by the year 2024. So, it can easily be said that it is going to have a rapid growth in recent years to come.

This innovative technology is being widely used by banks. This can be said looking at the usage of this technology by banks. 90% of banks in North America and Europe are exploring this solution for their use.

It is also seen that one-third of C-level executives are using or trying to adopt this innovative technology. It can easily be said that the use of this technology is gradually rising.

11.The Reason for Its Usage

You may be wondering why this new technology is being widely used. It is the transparency of this technology which is the cause of its wide usage. It is so transparent that anyone who has access to a particular chain can see exactly what is done in the entire chain.

It is like Google docs anyone associated can see any nature of change that is made to the ledger. The changes can be copied by individual user and used for their purpose.

13. The Vulnerability That It Faced

When this new technology came into being it faced some breaches but now it can be easily said the developers have overcome that so a certain extent.

Though it is seen that 9 out of 10 people believes that this technology is going to disrupt the banking and financial sector but it is estimated that banks could save around $8 to 12 billion annually if they use this technology as it should be.

It is seen that many think that with the increase in usage of this technology there will be jobs which becomes obsolete. They may be right to a certain extent saying so keeping in mind what happened with the advent of the internet. But there will be other nature of job opportunities which none have ever dreamt of.

These are in general that one must know about Blockchain technology. Having knowledge about this technology one can easily implement that into their organization. As this technology is still in the developmental stages more can be expected from it. Developers are trying their level best to make such developments so that the loopholes that are still there prevalent can be rectified. So, without having a bad notion about it is good to wait for time to pass so that full advantage of such innovative technology can be had by us.

William L. Vinci is the content manager at Warrentrailers.com which specializes in making the best and long running bodies for the trailers and dump trucks.

Myth or Fact: How Blockchain is Impacting Social Media