The humble SIM card – we tend to take the connectivity they offer for granted – so it’s not surprising that people rarely consider how a handful of them could help you grow your business. But they can – and businesses of all sizes are harnessing their power in a variety of interesting and innovative ways. 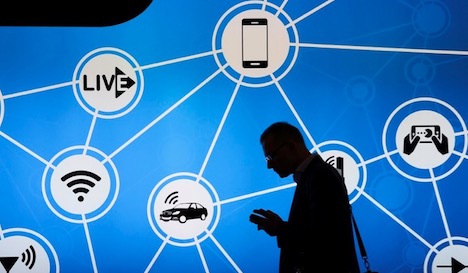 To understand where 4G fits into the world of communication it helps to take a step back a few years and look at the first generation of cellular communications. 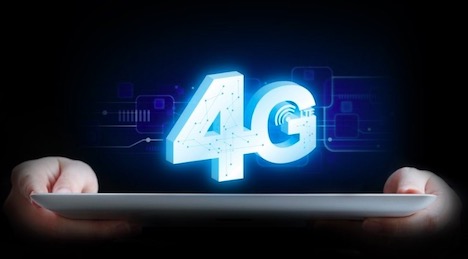 1G is the name that’s retrospectively been given to the first analogue radio telecommunications networks that were established in the 1980s. These networks were adequate for purpose at the time – but the analogue signal only allowed for voice to be transmitted. It wasn’t until the 2G digital networks of the early 1990s that we started to small packets of data additional to the voice transmission – allowing for SMS, caller display and other small pieces of data to be displayed.

3G was launched in in the late-1990s and became commercially available in the early 2000s. Its launch heralded the beginning of true mobile internet and the ability to perform similar online functions to those available from your PC. While lightning fast streaming was still a few years away, 3G started to mean your office became slightly more mobile that it had previously been.

In 2008, the first 4G networks were launched – and, soon after, the internet began to change significantly, allowing for a new generation – for whom mobile phones became their primary internet access point. 4G built on the speed of 3G, revolutionising both the way that data was compressed – and the sheer amount of data that could be sent at any one time.

How Does 4G Perform Now?

You’re now probably well aware that watching a movie, listening to streamed music or browsing the internet is perfectly possible with your 4G connection – so is it as simple as connecting your phone and using it as an internet entry point for your business network?

At this stage, the answer is a very definite no – the sheer amount of data that a business network requires would choke a single 4G connection, rendering it useless very quickly – so if we’re going to use our current generation of cellular connection, we need to innovate… 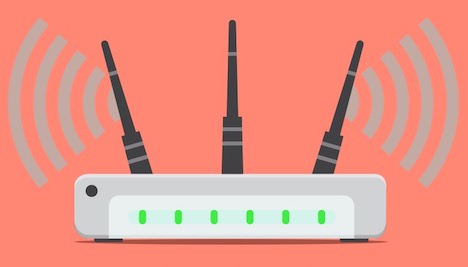 While one SIM isn’t going to provide much more than a personal standard of internet connection, 2, 4 – or even 20+ SIMs might – but to harness this kind of power you need to ‘bond’ their connections.

This is where we need a hardware solution, namely – a 4G router.

Although some 4G routers are designed to take just a single SIM – the vast majority of business and enterprise level routers are equipped for many more – and they use these multiple SIMs intelligently.

The router has different slots for each SIM, when they’re installed, the hardware combines the cellular connections to offer a quicker and more robust connection – in essence, you take the performance of 1 SIM and multiply it by the number you install.

Not only do you see improved performance – you see significantly improved reliability too, as bonding SIMs from different network providers is perfectly possible, meaning any issue with a SIM or a provider is quickly made up for by the traffic being routed through another of the SIMs data connections.

Deciding which 4G router to buy is going to depend on your exact business needs – but, one thing is certain, having one set up and ready to use gives your business the kind of agility it’s going to need in a competitive marketplace.

Effectively, you’ve got a mobile version of your business network ready to go whenever it’s needed – and that can unlock a host of opportunities you might otherwise miss. Agile businesses frequently use 4G routers in the following situations:

Opening your first office or premises is a huge amount of work – and that’s before you’ve tried to coordinate the company who’ll be putting your internet connection into place.

Waiting times for internet circuits can be horrendous – and, if not factored from the start, can hamper business considerably.

With a little help from a knowledgeable IT team or managed provider, a 4G WAN solution can be up and running in days – as opposed to the months you could be waiting for a fixed line.

If you want to work on client premises but you don’t want to rely on their connections or networks, then it makes sense to take your own.

A 4G router can be your mobile office every day – so, if your client can provide a desk, then you can provide the skills, equipment and network you need to deliver your service.

A new location faces the same issues that your first office opening would – circuit delivery times can be simply damaging.

When you power up a configured 4G router and use that as the basis for your LAN or WAN then you can be up and running in days – with no pain felt if you’re faced with delays, building work, installation issues, provider problems – or any of the other common issues expanding businesses run into…

Expanding your business might not involve premises – but instead, having people on the road, whether that’s sales people, technicians, consultants – or one of the dozens of other job roles that doesn’t necessarily required a fixed desk each day.

If they leave the office with a business grade 4G router as part of their equipment, you’re never going to lose touch – and they’ll be able to provide the same level of service to your customers as they would sitting in your office.

4G and the Future

Whether you’re looking to expand – or simply have a back-up plan if your network connection ever goes down. 4G could be the solution – and, what’s more, most current 4G routers are forward compatible with the emerging 5G networks being showcased by large tech companies like Samsung.

How Brochure, Banner and Book Printers Can Establish Themselves in the Business

What is 5G Technology? 10 Reasons Why You’ll Need It