Updated on December 15th, 2016 by Quertime Writer in Cyber Security

When the world was introduced to the home computer, it was also introduced to the virus. Especially since the Internet came about more and more opportunities have arose for tech-savvy types who want to infect other people’s systems for fun or profit. Even though antivirus software has become very sophisticated over the years a good backup is still necessary in 2016. 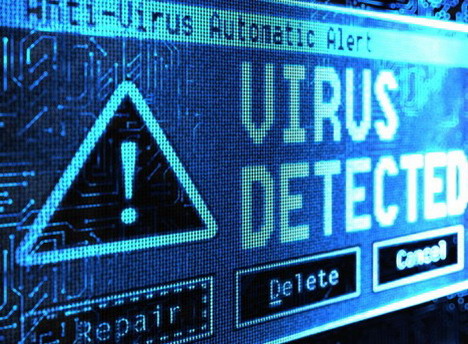 Some viruses and other malware are nothing but an annoyance, quickly removed from a system and forgotten soon after. But some have had a real impact on the world and the way we use computers, even adding new words to the language. Let’s take a look at ten that have come up over the years.

1. CIH
A great example of good intentions gone wrong, CIH was developed in 1998 by a student at Taiwan’s Tatung University to prove how vulnerable the institution’s computer system was to attacks. He succeeded admirably in this goal as CIH rapidly spread through the university’s system, erased all the data on any hard drives present and then overwrote the Flash BIOS chip of linked PC’s, rendering computers worthless before moving on to the next victim. The virus was quickly nicknamed ‘Chernobyl’ by some media since it left nothing of value behind. This being a more primitive time the virus did not spread as far as other entries on this list, but did manage to do almost $250 million worth of damage.

2. ILOVEYOU
Back in 2000, 10 percent of the world’s computers was infected by a virus created by two programmers from the Philippines who assumed, correctly it turned out, that everyone wishes they had a secret admirer. ILOVEYOU was a script disguised as a .txt file that read like a confession of love and was opened by many who thought their secret Valentine was finally reaching out to them. Once opened it sent copies of itself to the first 50 people on the victim’s mailing list. This exponential growth ended up causing around $10 billion in damages and made people realize that viruses were a real threat.

3. Code Red
Unlike most other entires on this list, 2001’s Code Red did not infect computers through email but was transmitted through web browsers hosted with Microsoft’s IIS web server. This highly inventive exploit was made possible by a buffer overflow problem and made worse by the fact that it was very hard to detect indeed, being even smaller than the average text file. Besides the billions damage it caused, Code Red’s other claim to fame was that it was able to knock out the White House server for a while, replacing the U.S. government’s website with a greeting that said ‘Hacked by Chinese.’ No culprit has ever been named, though it seems unlikely that the Chinese were, in fact, behind the infection. 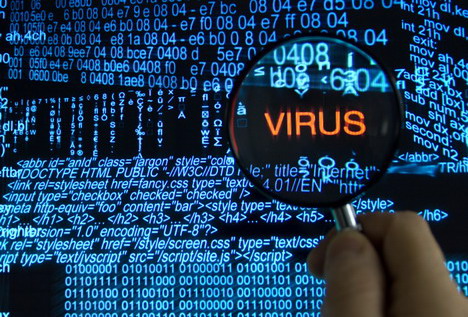 4. SQL Slammer
SQL Slammer, the worm that almost brought down the Internet: back in 2003 this tiny executable exploded across the globe from South Korea, severing this country from the Internet entirely for around 12 hours as well as taking Seattle’s 911 system offline and keeping Continental flights out of the air. It was estimated that the infection doubled in size every 8 seconds or so until it was finally halted through the concerted efforts of computer experts from around the globe.

5. Sobig F
Sobig F , with the F meaning it was the worm’s sixth iteration, for a while held the record for being the most transmitted virus in history, managing to infect up to 1 million PC’s in a single day back in August 2003. Its creators had engineered it in such a way that it fooled mail servers that it was a perfectly legitimate message and upon opening then sent copies of itself to the entire address book of the victim. The damage Sobig F caused is hard to estimate (guesses can go as high as $33 billion) as it is likely that it was the worm responsible for grounding Air Canada’s fleet as well as knocking out Washington D.C.’s traffic systems for several hours.

6. Mydoom
Mydoom came onto the scene in 2004, hot on the heels of Sobig F, determined to break the record set by its predecessor. Mydoom’s, to this day uncaught, creator is suspected to have been hired by a ring of email spammers to create a virus that not only spread like wildfire, easily breaking Sobig’s record, but also holds the dubious distinction of being one of the first worms to enslave its host computers and use them to set up a botnet that in turn executed DDoS attacks major players like MicroSoft and Google.

7. Conficker
Rearing its ugly head in 2009, Conficker is interesting because besides enslaving its host computer and adding it to a botnet it also aggressively defended itself from being removed from a system. After it entered a system through a Windows patch it would disable any new updates and ensure that users could no longer download anti-virus software and other malware scanning programs. It ended up infecting as many as 9 billion computers worldwide, causing untold billions in damage.

8. Stuxnet
Without a doubt a truly unique virus, as it wasn’t created to mine hard drives for credit card info or to set up a botnet. Rather, Stuxnet heralded the popularization of the word ‘cyberwarfare’ when its existence was uncovered in 2010. It seems to have been created solely for the purpose of ruining Iran’s nuclear weapons program by slowly but surely revving up the centrifuges allegedly used to create fissionable material until they burned themselves out. Much of Stuxnet’s origin is probably to be found in a folder marked ‘classified,’ though thus far nobody has come forward to claim responsibility, though there are strong indicators that the virus was created by a team involving American and Israeli security forces.

9. Flashback
‘Macs can’t get a virus,’ was the mantra for a very long time when the Cupertino products were being compared to their PC brethren. Imagine the shock when in 2011 a security company discovered that Flashback was designed specifically to attack relatively unprotected Mac machines through Flash player updates. The outbreak was quickly contained, though not before infected a few hundred machines at Apple’s HQ, it proved that no computer is impervious to attack; in fact, at time of writing a suspected 22,000 Macs still play host to Flashback as they never have been purged.

10. CryptoLocker
Cryptolocker is not on this list because of the scale of damage it caused when it came out in 2013; rather it is the sheer diabolical inventiveness of this Trojan that ranks it on any list. After settling down on a machine after it has been opened as an email attachment, it quickly spreads through the system, encrypting files and locking them with a password until the ransom has been paid. The Russian mastermind behind the invention of ‘ransomware’ is suspected to have made off with about $2 to $3 million from people forced to fork over money, though it is doubtful he is enjoying any of it as he has been on the run for years.

Mauricio Prinzlau is a professional writer for Cloudwards.net.

15 Dangerous PayPal Scams You Must Avoid

Completely Erasing A Particular Data On Your Computer