In the past a years, Virtual Reality has taken a leap and so are the devices that expand the entire aura. A fresh wave of virtual-reality devices may finally be coming this year, but the source is still very much in its infant stage. Oculus Rift has started blowing the cord now along with HTC Vive. However, the PlayStation VR is not available until October and Samsung’s Ger VR only comes with a smattering of apps to merge into. Virtual reality is still in the wait for its killer app.

However, it does not mean that there are not any VR games out there in advance, or have their release date fixed later this year. As they may not be VR expeditions most of the players are looking forward to, but there are a number of system-selling games and apps available in the market currently.

Following is our list of the most popular Virtual Reality games that have already made their mark in market: 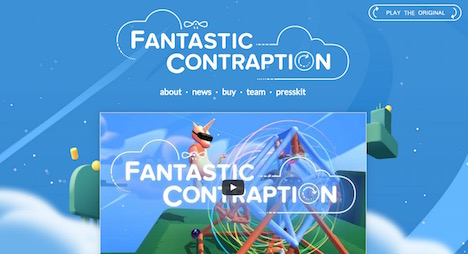 This game first came in the year 2008 and was repurposed for mobile later and now VR is also claimed to be its territory as VR was considered its reality from where it actually belongs. This game allows you to build weird and fantastic contraptions to solve small puzzles. It is easy to create yet tough to get your creations moving right which all makes for a really perfect time.

2. Valkyrie
Its inception in the market was as little more than a tech demo for VR, CCP’s EVE: Valkyrie is a space dog-fighting byproduct from its gargantuan PC MMO EVE: Online. Each match is kicked off with you in the cockpit of your fighter, waiting to come out into the inky dark of the space. As a single-player game, it will give you an interesting VR experience, but as a multiplayer dog-fighter it’s simply exceptional, keeping you right at the middle of all the action.

3. Elite Dangerous
Frontier’s Elite: Dangerous has been designed as the biggest space simulation in the history and it lets you explore more than 400 billion star systems-with approx 150,000 systems based on real-world astronomical data and the rest algorithmically produced using scientific models. 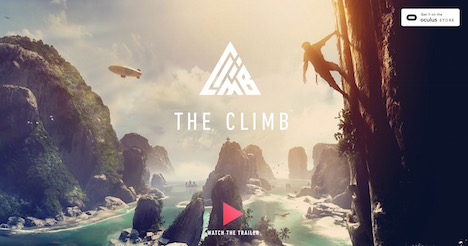 The Climb by Crytek’s is an alluring arcade-style VR climbing experience that set you against the clock. You own stamina to measure summits as a climber. Although, the feeling of vertigo is not overly remain due to simply being two broken floating hands, the sense of danger does not leave you.

Although, its only been displayed at a trial during this year’s Game Developers Conference, Star Wars: Trials on Tatooine lets you pet R2D2 and hit Stormtrooper blasts with a lightsaber such as baseballs. Without question, this trial was not built with no plans for an eventual consumer iteration.

6. Adr1ft
One of the most popular first-person adventure games that makes go on a roller-coaster ride, Ar1ft is developed by Three One Zero and published by 505 Games. While playing, players have the control of Commander Alex Oshima, moving and floating in any direction through the open environment, which happens in zero gravity.

Farlands is a game, which is liked widely for its different, but interesting gameplay. In the game, you get a chance to play as a scientist discovering an alien planet. This game seems to touch the games like Pokemon, Snap, Nintendogs and Animal Crossing. Interestingly, a real-time clock powers the planet’s ecosystem.

8. Shadowgun VR
This is a third-person shooter game with an extremely thrilling gameplay, which is further boosted with incredible graphics and quick sequences. A player can engage with a controller to move around. Earlier in 2014, there was an appeal for a full port of Madfinger Games’ Shadowgun game and it seems that it is soon going to dazzle the players.

9. WAA! VR
This is a simple but enjoyable Cardboard game, which lets you play as an astronaut shooting down a coming asteroid with missiles. WAA! VR features a very basic gameplay, but it has only 76p.

Who have not played this exceptional, exciting and widely known game on their smartphones. The endless running of Temple Run comes to VR. The best part is that it’s CG looks engaging and your will be much more lured to look behind you. This spoils your chances of staying away from the beasts.

11. Proton Pulse
The most slick and quick-paced 3D game named Proton Pulse comes with a 50 levels of arcade-style brick breaking gameplay and this entire package costs you only £1.27. This paddleball game features a few tidy mechanics such as Space Time Dilator which brings down the speed of the action.

VR Karts: Sprint is a mobile adaption of Viewpoint Game’s most exciting racing game has smartly packaged in VR. It features single-player showdown and online multiplayer contest. This cartoony Mario Kart-alike is developed by indie studio Viewpoint Games and carries the standard quick-paced action plus weapons and power boosts of this style of racing game.

13. Space Pirate Trainer
More or less, there was a time when we all have had a fascination towards being a space pirate. The most amazing part of this game is to set you against waves of flying robots trying to demolish your broken spaceship. Here, you have to use the dual pistols and an alternative shield to have them at bay.

14. Project Arena
CCP’s Project Arena already constitutes to be an exceptional VR experience. It sets you against another human rival; you battle for supremacy in a Tron-like disk-throwing game where you have to bob down and turn aside your rival’s dart to call them for the attack.

15. The Lab
This VR was released a free title by Valve to exhibit what the HTC Vive is capable of. In reality, this game is a home to a few exceptional VR mini-games. This game enables you to play as an arcade shooter in the form of Xortex, showing your archery skills in Longbow.

16. Job Simulator: The 2050 Archives
This incredible piece conveys a message that working can be a fun, especially for those who consider it more than their lives and relationships.

17. System Shock
This first-person action role-playing video game thrills you with its exceptional graphical functionality and gameplay. System Shock is set aboard a space station in a cyberpunk vision of the year 2072.

18. Arizona Sunshine
For all the zombies and dreadful rotten flesh lovers, this game is totally a new and distinct experience. As one of the initial SteamVR game, HTC Vive’s motion controllers to enable you kill the approaching enemies.

In this game, you get a chance to pilot a huge mech in VR. Set 50 years in future, this game allows the player drive athletic and advanced machines, compete in futuristic, weapon-based sport.

20. P.O.L.L.E.N
Immersion is one of the big draws of VR, and this is what made cash in on by P.O.L.L.E.N where you experience space exploration in abundance. This game is has a slight difference to the Alien. This game is all about adventuring and keeps a focus on picking up and having an observation of objects to get clues what took place to the mysterious space station you are in search of.

Arun Goyal is Founder-CEO at Octal Info Solution Technology innovation and trends insight come easy to Arun with his thorough knowledge in the domain. A leader in his own rights, his grad-friends see him as an avid researcher and a technology evangelist.